When you’re dealing with anything in the ‘enthusiast’ category, this is typically true. Most people who want something that works out of the box aren’t choosing linux as their OS

Linux is just an OS, and it works exactly like it should. The problem that most ‘enthusiasts’ don’t want to talk about is that it was never built with the idea of being a desktop replacement to Windows or MacOS. It was specifically built on the tenants of Unix, being distributed parallel compute loads at the kernel level for server applications. Literally everything you do with a desktop, from having a GUI to web browsing to playing audio or video is a bolt-on afterthought that Linux at a very basic level was never designed to do. It’s like modifying a circular saw to cut down trees - it’ll work, depending on your use case, but it’s going to break and fuck up and not work for some things because you’re ultimately repurposing something for a different job.

As someone who has ownership of a couple thousand Linux nodes as a day job, I’m pretty well steeped in how it works under the hood. I would never, ever, ever try to seriously use it for audio or gaming or anything that isn’t a ‘server’ application because it’s pretty shit at it on a fundamental level, and there are actual OSs out there that are built for a user experience. That said, it can be fun and educational to mess with and get to work in those cases, but relying on it for those things is an exercise in frustration.

Major annoyance: negative attitudes towards chronic mental health conditions. Misinformation kept me from treatment for a long time, so it grinds my gears when I see misinformation or stigma continuing to get spred because you have no idea who might be internalising that and preventing themselves from getting help down the line

why is the reply window judging me when i want to post/necro a thread,

I’ll be leaving my current job here pretty soon because I’m tired of the way nobody at work takes any precautions in relation to covid… it’s frustrating beyond words to be one of 3 people who give a shit or try to go out of their way to be a little more careful, especially being in the food industry. The general manager is an antimasker, and apparently announced to the store that she wished I’d pass out from my mask while driving and die after I talked with her about leaving because I wasn’t comfortable there.

People making food there are coughing without covering their fucking mouth constantly, and nobody has an understanding of the whole 6 feet thing. I’m the only person who has sanitized anything in the last month. I’m done having any sympathy for these dense motherfuckers, and it’s time corporate got a call about it.

Oh yeah, also on my last delivery last night someone tried to pick a fight with me because I wanted to give him his food contactless.

People’s reaction to this shit has made me lose hope in a good portion of humanity. It’s amazing how many people are more concerned about living life normally than possibly preventing deaths. It’s the ultimate show of what kinds of people are selfish.

Yeah, I hear you,

For delivery, I have been trying to use contactless myself and using digital tips instead of handing money when possible. It sucks to hear your workplace isn’t taking the issue more seriously.

You can even do a cash order contactless, just put the money on something instead of possibly touching someone’s hand. I use hand sanitizer after taking money, so I’m not worried, but I could still be an unknowing host of the virus and give it to someone else… really more than anything the contactless delivery protects the customer more, but yeah paying with a card and pre-tipping prevents any transfer of germs at all

But think about that though, because I was going out of my way to be a little more careful, which benefits the customer more and literally has no change for possible transfer of germs on my end, he tried to pick a fight with me. What the fuck is the world coming to…

Yeah That part where dude got mad is crazy, there’s such a unnecessarily large number of people who think its all a hoax and are adamant on it too, I wonder if they are committed not because they still believe it is a hoax, but because they’d look bad to change their opinion now, its just so strange. I remember seeing pictures where someone would have that position, and post saying its a hoax, then post about testing positive, then literally have a memorial service for the person or a link to their obituary.

People’s reaction to this shit has made me lose hope in a good portion of humanity. It’s amazing how many people are more concerned about living life normally than possibly preventing deaths. It’s the ultimate show of what kinds of people are selfish.

Same. Apparently I had a long post sitting in this thread from like a week ago that I decided not to submit because I figured it was too self-indulgent, but it was basically about the losing faith part.

I think it’s going to stick in my mind for as long as I’m alive, which is hopefully even in a post-covid-is-deadly world. There’s like 1/3 of the US who cannot be helped.

I too have this issue.i dont work anymore as i am disabled.however i live smack dab in the middle of trump central.hardly anyone wears a mask,and when i am in line waiting for a register, i get crowded right up my ass.
sometimes said person is hacking all over me. wtf? clearly these people don’t care who they kill.
i too am saddened. where did our democracy go?how did we become a nation of greedy self centered,asshats?
why are people so unkind,selfish,and just plain stupid?
rant over.

People who move the phone from their mouth when they talk so that all you can hear is a lot of muffled nonsense. I know a few friendss who are guilty of this and I’m the one who feels bad for continually asking them to move the phone.

The mic is at the bottom. If you move the phone away from your mouth I CAN’T HEAR YOU!!!

pretty sure a lot of people think you can still hear em when their phone is pressed against their neck, they know nothing of acoustics!

Speakerphone is my Achilles heel. It’s bad enough when my parents use it, but when some dumbass puts me on speaker in the middle of a production plant and expects to have a conversation…dude, you have an office, use it. I don’t want to spend the next 20 minutes saying “what? can you repeat that?” and fighting for bandwidth with air compressors and forklift sirens.

There is a point when it is not funny what people believe and how they act. They need fucking help. And if they do not want help, you stick with the society as it is. It is hard to offer help really. People are so different it is hard to communicate verbally. When people do not put effort into their communication skills and selfunderstanding because of other interests, it is a stupidity on their guilt to not be able to communicate a message or not ignore inner voice. And because stupid people feel less guilt, they do not feel as much possibility/need to improve. In the end staying stupid and ranting on other people, pouring their misunderstanding of world and self into creating affairs, leeching onto other likethinking people to have a backup and cover for pursuing failed ideals.

You are talking about america. Check other countries how thy deal with virus. Some of them completly ignore it. The state mentality is what people pick/have to pick. If you have a stupid government, you must be stupid.

So, people are stupid because of a stupid government. As long as you as a nation vote for trump, you cannot be smart. The government will not take care for true people needs.

So why people voted for probably the worst option? Why did they did not pick out sanders, or many other president candidates?
What role had various informational media( tv channels, webpages, newspapers…, and what role did previous government had? What role other nations?
What were people lacking previously?
Where did this democracy came to?

so this ridiculous right wing nonsense about fags and whatnot,is really bugging me.
i myself am a disabled veteran who happens to be bi sexual.and i am an old fart to boot.
i live dead center in a town that is hateful in the extreme.(read right wing hate!)
why do i have to hide?why do i constantly have to be on the defensive because i happen to like penis and vagina?
WTF.i know you can’t answer that,but i is confused.i did not serve my country for this!
anyway not sure why i am posting this other than to convey my discomfort in my own town,country.
not to mention the non mask wearing ass hat’s that dont care who they kill.
sigh!

The DNC is terrified of someone like Bernie because he realizes the biggest problem with this country is the fact that the 1% exists. Who are the major campaign donors?

NOT GETTING ENOUGH BB SUBMISSIONS!!! BUT THERE’S STILL TIME!!! BB114 HAS SOME COOL SAMPLES AND WE’LL TAKE ANY AND ALL SUBMISSIONS NO MATTER IF THEY ARE A ROUGH TAKE OR EVEN JUST A SAMPLE/IDEA YOU STILL HAVE 7 HOURS AS OF THIS POSTING AND WE NEED JUST TWO MORE SUBMISSIONS!!! JUST TWO!!! THAT’S LIKE NOTHING!! SO DOWNLOAD THE SAMPLES AND MAKE A COOL TRACK HERE’S THE INFO AND SMAPLES!!!

Rule #1 Make it trippy man. Like actually weird and maybe a bit disturbing. Rule #2 “autotune” the guy doing the dmt review at some point in your track. Doesn’t have to be literally autotune, just have it be pitched shifted to be melodic… i think Reaper has a free autotune plugin you can download tho. rule #3 create some kind of drone/noise ambience that is featured throughout a good portion of your track. smaples: https://drive.google.com/file/d/1Rb1RLYBrkCaNX44la6oW02rgDm-GRI-z/view?u…

Cause horror movies hits me in the feels.

I did see event horizon though…and that wa literally a journey into the devil’s anus.

I did see event horizon though…and that wa literally a journey into the devil’s anus.

you say that like its a bad thing lol 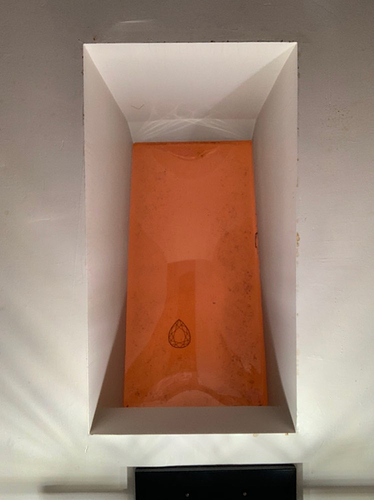