Everyone’s flocking to my state from elsewhere carrying the shit, I’ve been exposed to a bunch of sick people and I’m beginning to feel like I’m getting sick myself after a long while of exposure. Me and my wife are the only people I know who are planning to self-quarantine well in advance.

And our data is still being suppressed, so everyone can pretend like it’s just a flu. This is going to be real good.

But Corona has come to help us. Help us realize a Resource-based Economy.

the store ran out of tp, and im all like beside myself…and i see this posted on facebook

and i would normally respond to that response…
with this

but im like trying to be a better person, and not waste my time with nonsense from other people doing whatever…

So my computer that I just bought, crapped out.
Seems to be the cmos battery, and possibly the video card.
Which I am ordering Friday. Who knows when it will get here.
So for now. Back to my tablet.
Also…fuck coronavirus. And this monumental monkey fuck of an administration.

My grandfather passed due to corona… he was in the hospital for other reasons and contracted it while there…
When people say to take this shit seriously, please, realize it’s for a reason. So many people have the virus and don’t even know… Please isolate, social distance and become a germophobe right now if you can…

Very sorry to hear that, my condolences to you and your family!

With regard to Covid in general, I would say hospitals are specific risk areas right now - the level of constant isolation, protection and constant disinfection needed to keep it contained is hard to maintain even in the best of times with full equipment and unrealistic when equipment is lacking. Stuff like MRSA is often spread inside of hospitals in the best of times, even though that stuff is much harder to get infected with as compared to Covid. Even though information on it is contested, Chinese research said weeks ago that it spreads in the air and people got infected sitting 4,5 meters away in a bus, and a more recent paper said it could stay in the air for up to 3 hours.

The following is not based on specific reviewed research, but some people argue not to treat any Covid-related fever with stuff like Ibuprofen or even Paracetamol or Aspirin, since that might negatively affect outcomes.

ven though information on it is contested, Chinese research said weeks ago that it spreads in the air and people got infected sitting 4,5 meters away in a bus, and a more recent paper said it could stay in the air for up to 3 hours.

Thank you, I appreciate it… and you’re completely right about all of that.

This is effecting so many people, and everyone should be careful, if not for yourself at the very least for other people. I know people in the media don’t want everyone freaking out because they don’t want the economy to crash even more than it has, but just be careful out there, for everyone’s sake.
Unfortunately a lot of people in my state right now aren’t taking it very seriously, it really bothers me actually… My grandpa was in another state, but it’s really frustrating to see so many people roll their eyes at really easy to follow instructions around here, or act like being a little bit more careful is sooo inconvenient.

I’m working at home and my manager is trying to micromanage me. Its so annoying

somehow i created 148 threads so far…at least most of its in the studio section and not the side room.

Edit this line - tl;Dr be creative in hard times if you can.

Just want to remind you, bud.

I know you’re dealing with -ish…

Also, I agree with outlets. Having an outlet, a hobby, anything creative, at any level is a helpful resource to times extreme. Obviously, as long as you’re able to continue them.

I went through a mid-20’s thing, myself.

I don’t think I’ve ever really talked about it but it was around the moment I came into music. Id never made music, but I’d done things I liked doing, like doodling. I would draw one-frame cartoons of people I knew “dealing” with shit, I made up characters, etc…just poor attempts at being creative and taking my mind off shit.

The initial issue was when I was 19, I suffered a spine injury. I blew out my L3 vertebrae. I’m fused together, was nearly paralysed. I was lucky enough the injury happened in an outward motion, leaving my spinal cord in tact and motorized. That cost me 2+ years of my life, healing.

Besides healing, gaming and social aspects, I didn’t have anything to keep myself in check. My brain was rampant with bad thoughts, ideas and generally didn’t shut off. Gaming, while I dove into it head first, when that waivered I was left with quiet times that just made me feel horrible about myself.

My friends were starting their careers, getting married and having children. I was lacking…my ups were up and my downs, they were horrible.

As a result, at one point I was able to build a computer. I was receiving a portion of my initial income in benefits. I can explain workers comp, as it was a work injury but meh…

I took some of that and managed to build my first PC. It was a budget build but it played shit. Before that I was playing ps2 and socom on broadband. I had finally done the comp thing.

Without intent, I learned by stepping outside myself, I could do things. I built a PC on my own, with limited internet intervention.

I sorted out old anime vids like cowboy Bebop vid and would make things in that vein. Like music videos, with random clips. Was so fun. Terrible, spoiler ridden things but it was an outlet …making music was shortly thereafter. Editing music to fit clips, etc.

From there, without going year by year…I looked for outlets on creativity. As a kid I lived to doodle, draw, paint. I would listen to songs and write my own lyrics…though they’d be much more self depricating, I enjoyed.

I came across Sony Acid and used it to do NIN remixes, no idea wtf was happening…but it was the best thing I ever did. From there, it led me here. And while most of everyone hasn’t or doesn’t listen to my music for whatever reason, I’ve been able to extend my habit. My output of creativity that’s actually taken me away from depression, a horrid place or places in my life, to somewhere I can income my mind.

While I do it privately, I’m sure I annoy people with WiPs because I still get too excited about the process. I just can’t help it.

I’m sorry for rambling and I probably got some of it wrong. If there are ?s I can answer but I’m a huge fan of this, good or bad, being an amazing outlet for horrid thoughts.

The things that make us who we are, or get us to where we are, good or bad…They don’t actually mean a thing. Getting through something gives adversity. I’m not saying that it works out in the end for everyone, but I will admit that I respect more people that have had adversity in their lives than someone that still follows rainbows.

A name I’ll mention, locally to the forum, but their story is their own is someone like @RFJ. Highly respectable in that regard. Completely different. But besides his family and apparently amazing wife, he’s built himself a family(apologies RFJ if you find this meh, sry). And he took his fandom of music and created a space for himself.

My fellow piss me off. We argue with him about music. As a result, I excluded communication with him.Temporarily.

Update:I just got a text from a number i didnt recognize.

The text said that I should go fuck myself.

lol I just fell for a pretty convincing scam and lost $486.99 trying to buy a refurbished cintiq. Be careful on Google Shopping, shit is sketchy. Thankfully my bank is disputing the charge now, but yeah, probably gonna be months before I see that money.

Google shopping is the gray / black market. I use it to get all of my $4 microsoft keys.

There’s not a meal that chorizo doesn’t make better.

I had to think about this but…

I had to think about this but…

its been 4 days since this was posted and I’m still thinkin’ about it. 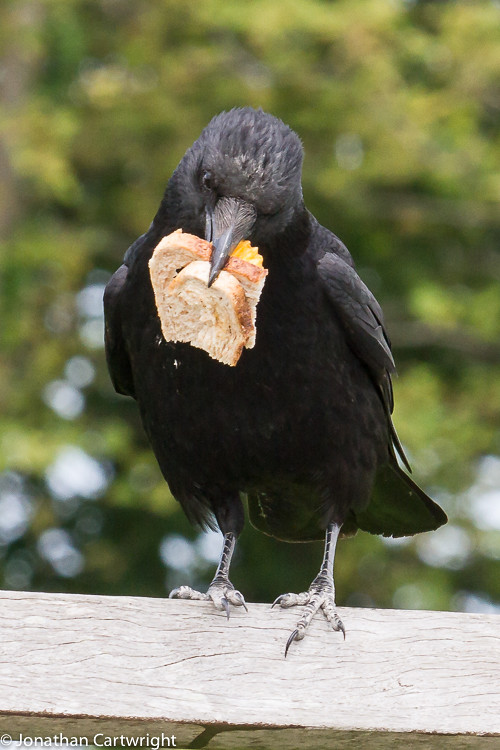 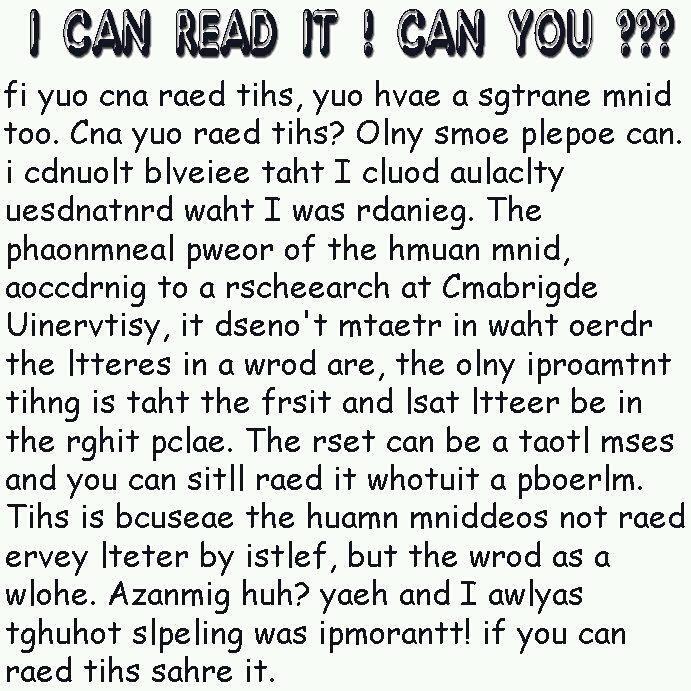 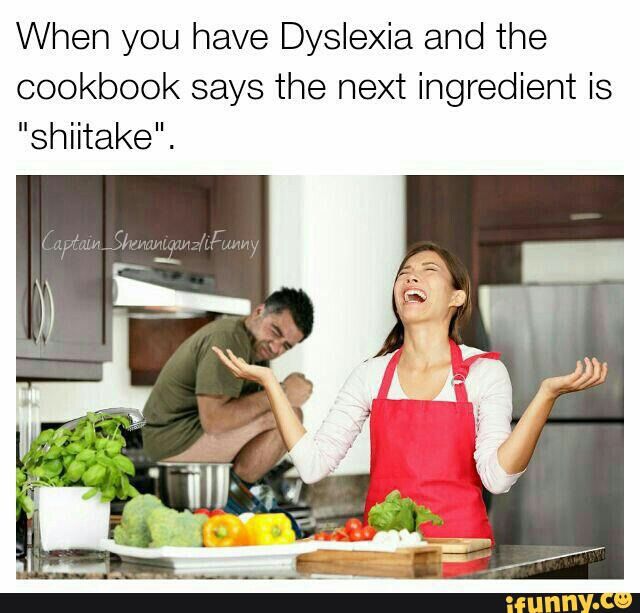