I just recently lost my Grandma, which was sad, but the memories of her bring a smile to my face and warm my soul. Gone, but not forgotten.

Sorry for your loss. My granny has been planted a while now. She was an old battleaxe. She was great

Oh, thanks. We knew she was going, her mental health and memory had been going for a bit, she was 94!

…I ended up buying a 2012 Subaru Outback as my 4-wheel/all-wheel drive car. Literally just today. 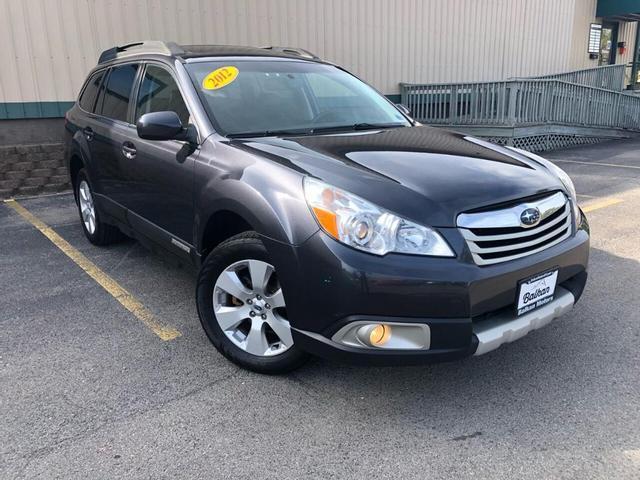 I like it a lot so far but I do notice the steering wheel can get a tiny bit shaky when it’s going over like 60mph. Weird. Otherwise 100% fantastic car.

So yeah, that little plot thread is done.

nice. I love Subarus, I’ve had 3 over the course of the different cars I’ve driven. How badly does it shake?

I might be looking to buy a car sometime maybe in the next few years. Mine runs alright, but has some weird electrical issues. Nothing too critical, but like there was one time when I got in and it just wouldn’t shift out of park, then a while back the cruise control just stopped working. Seems like the sensors are all kinda freaking out a bit. Right now it seems to run fine, but I do have a check engine light on and can’t use cruise control (which I’m ok with). Also, the dash vents for heat and AC no longer direct air to the proper vents.

A few years back it was in the winter and it was like -20F out, and when I got in my car and was getting the heat on and trying to change which vent the heat was going to, but the dial wasn’t moving easily (as it usually would in the cold). I kinda forced it over, but after that it would no longer go to either the full right or full left position (defrost or dash only). What more, the air doesn’t really come out from where the dial indicates it should be, like I’ll have it set to warm my feet, but it’ll still come out from the defroster, and a little bit from the dash. I can still get enough heat on the windshield to defrost it, what I usually do is just blast it at full, but I can’t really send it to my feet or to the dash very well.

I think a belt just got twisted or something, but I haven’t really opened it up to check it out, nor taken it to a shop. But it doesn’t impact how it runs, so it’s not too bad.

Cool! Not sure how savvy you are with cars so forgive me if I’m telling you things you already know, but the shaking is probably something simple, maybe the tires need a rebalance/alignment. I would get that looked at pretty quick though or else you’re gonna be chewing those tires up if that’s the cause. Not too much money either, in the realm of car shit.

Yeah, I had a car where I smacked one of the front wheels into a curb, and when I took it into a shop the first time, they installed an alignment kit but apparently didn’t notice that the entire frame had been bent. After I think the third time I went in to get an entire new set of tires for because they’d keep wearing down to the threads, I took it into another shop who actually were able to fix the problem, namely the frame being bent. It never quite drove the same again, but after that it at least stopped chewing through tires.

An alignment should be in order tho, but as long as it’s not a serious issue, it’ll fix it right up!

Funny you mention that, I had got a Jeep Grand Cherokee a few years back that had the same issue. Whoever had it before must have smashed the undercarriage into a rock right in the center of the tie rod, I didn’t know anything was wrong to that extent, but yeah, shaking, and any time I hit a small pothole at 40 miles an hour I felt like I was going to wreck for a few seconds. I still have that car sitting on the property lol. What a nightmare it was for the commute. It’s probably a $600 fix but I never dealt with it. I’ll have to take a pic of those tires!

However the local mechanic maybe cheaper than the dealer and can fix something for $30 while the dealer might charge you $500 depends on the car and the problem.

Also ever watch top gear
A Toyota tundra or highlander or one of them shits can work in the fucking arctic and I’m talking north fucking pole…not many cars can do that.

Also if you have the right tools you can do DIY fix all you need is a regular wrench, and an interchangeable socket wrench, a jack…
But nowadays every car has a computer to make sure the specs are right…so in order to know how to fix a car you need to know a little bit about computers…and I dont think proficiency in Microsoft office will suffice…maybe machinecode aka binary and hexadecimal might be somewhat usefal maybe. 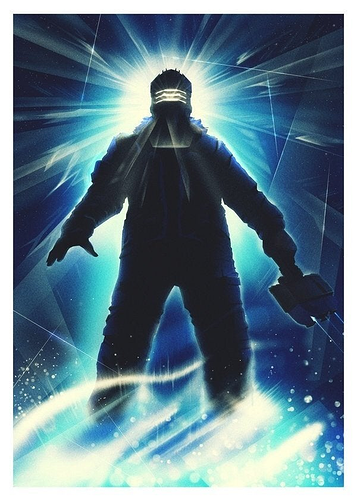 Idk would prefer to see a live action version.

I don’t know why, but today I remembered it for some reason. So funny. The artist jokes about production, it’s very funny.

I did! There’s two actually. Downfall and Aftermath. The first is alright, the second is… less alright but okay. Haha.

Had I known the DS universe would be killed by the corporate fucks at EA I would have absolutely cherished those B-rate animated flicks more at the time.

What about the Wii rails-shooter deadspace game, Extraction?

@makeuswhole I know you feel me too <3

Idk ds is like resident evil and event horizon in space I never played the game but I did see some of the movies.

The dude that wrote it was teasing a bunch of shit earlier this year. So I have a hunch we will see another Dead Space game soon (hopefully). He was supposed to show something at one of the game shows but it never ended up happening.

Extraction was actually pretty fun. I like old rail shooters like house of the dead so extraction was up my alley.

What’s the abbreviation for “for example”

E.g is “for example”