everybody check it out!!!

Element 113 is named Nihonium, after Japan where it was first observed. It is highly radioactive and has a half-life of ten seconds. Since I can’t think of a theme for this battle, I just thought that was a neat little factoid. The focus of this battle is really more about sound design and note choice. The Samples: https://www.mediafire.com/file/j2140sq5ay7wo32/BB113.zip/file The Rules You can only make drums out of what’s in the Percussive folder, you can only make pads, leads, bass, dr…

Ugggggh for some reason I woke up like 4.5 hours early, and I can’t get back to sleep.

Holy crackers, Twitter can finally embed hearthis.at properly. I DIDN’T GET THE MEMO

Hey peeps, just for your info, we need people to listen and vote on BB tracks! Anyone can vote, whether you submitted a track or not. Come here some music and cast you vote for your fav track!

I’m gonna go ahead and start this since @Tsachi seems to be out somewhere… VOTING PERIOD HAS STARTED!! THESE ARE THE TRACKS!! LISTEN AND DROP YOUR VOTE FOR WHO IS THE BESTEST BEAT BATTLE BATTLER!!! VOTING ENDS SUNDAY AT 11:59 PM (UTC-6, MST) @7asid: @Faintbrush: @IO_Madness: @makeuswhole: @mnkvolcno: @White_Noise: @7asid @Faintbrush @IO_Madness @makeuswhole @mnkvolcno @White_Noise 0 voters

politics in a nutshell:
everyone should have an equal position at the starting line in the rat race of life…but where a person winds up is entirely dependent upon oneself…

Hey can anyone recommend a good used 4WD car under $10k?

Hmm, where do you live? You can travel for a better deal depending on the situation. If I bought a 4WD out here in Humboldt, I’d be taxed hard. Better to go to Arizona, or something flatter where it’s more unnecessary. But for 10? I’m sure there’s some great 4runners out there

Hmm, where do you live?

I don’t really know what happens out there, I legit thought Philadelphia was a state until like two years ago. But I got a great deal on a 05 Chevy blazer in Connecticut!

Subaru! Subaru’s are great, I’ve had a Subaru Impreza and two Subaru Foresters and they’ve been awesome.

My mom bought an Outback new in 2011. It’s not bad, but I think they’re AWD, not 4WD - there is a difference, our Subaru puts 80% of the power to the front wheels and 100% until you get over like 15 or 20 MPH, so not sure it would help for traction trying to get going in snow.

We also have like the luxury trim, so there’s a lot more to go wrong on ours (though we also have a Harmon Kardon stereo in there that is one of the best sound systems I’ve ever heard period). We’ve had to replace a power seat in it once. We needed to replace the “valve body” in our transmission, which was not cheap (like several thousand dollars), and is a known issue of that time. If you go Subaru, I’d check and make sure that’s already been done. Other than that, I’d say it’s been a pretty good experience, but the car is showing its age (driver’s side power window quit working recently, thankfully it’s stuck up, needs to have some other silly services like brake fluid and engine belts done that we’re not used to thinking about). Maybe I’m biased because my parents are insane and have never owned a car this long that I can remember, so I only know classics and new cars, not late-model stuff.

But TBH, first thing I thought was Toyota @moodorf. I also saw a lot of late model Chevys on Ebay motors with 4WD under 10k, but I have to imagine some of those have had a rough life. On the other hand, it’s a pretty simple LS-based powertrain in most of them, so not that difficult for people to work on and lots of salvage/second-hand parts available if you need them.

4WD splits power evenly to all wheels no matter what, AWD adjusts it depending on which wheel has traction and which doesn’t.

I can vouch that AWD is excellent in the snow, having grown up in an area that it’s not unusual to have several days a year with up to a foot of snow (or more!).

It’s much better than 4WD cuz you don’t waste power sending it to a wheel when it’s in the air!

Florida man and area man get into a fist fight over a bullshit in the bathroom in the dive bar in regards to semantic composition and use of the word cocaine confusion arose because of diction, syntax and pronunciation.

Update: the situation has been resolved by grammar…a third party had to step in because florida man and area man use different coloquial grammar. Henceforth the need for the grammar mediation.

My current car is going alright, tho there are a few things I’ve been needing to get checked out. It has been having some weird electrical issues. Before I moved up here to Wyoming, I was going to work one time, and when I got in the car, it wouldn’t shift out of park, and something happened where the sensor that detects if the brake pedal is depressed wasn’t clicking on, and so it wouldn’t shift out of park. I took it into a shop, and they fixed it… but then they also made the horn stop working and also the parking lights. It was really kind of appalling, they were like, “Do you need a horn?”, I’m like, “well, yeah, and it was working before so normally you should be returning the car in the same shape or better than it was when it was dropped off…”. Eugh. Anyway, so now the parking lights still don’t work, but it still shifts and everything.

I also have a check engine light for a minor transmission leak, which I’m not sure about, and also one of the valve lifts for the intake valve is not engaging. Apparently it’s not a terribly serious thing, but it definitely is probably not running at it’s full potential tho. I don’t really notice any problems while driving. I’m wondering if it’s something electrical, cuz all these issues are tied to the engine control module, so I think there’s a short or something somewhere, so that’s no good.

One more issue with it, again, something not serious but more of a creature comfort, is there was one winter where I got in my car, and it was cold of course, and I kinda forced the dial for the fan direction, and I think I might’ve twisted a belt or something in the control mechanism for it, because after I did that, my in cabin fan directional dial won’t go all the way to the left or all the way to the right. If you try to, it fights back, and it won’t click into place. Also, the fans don’t seem to actually go in the direction where they’re supposedly going, like, the air will go out under the windshield and to your feet and out the front all kinda at once, so I usually just crank it to 4 with heat or AC and just go with that. It still seems to defrost OK, so I can get by in the winter ok. I’m sure it’s some kind of belt or something that got twisted somewhere, I just need to get in there or take it somewhere.

I have some training courses on my removable hard drives. One of them is called Mastering. I want to see it sometime.

holy crap that was a lot of reading.
400-ish posts since i lasted logged in.
on this thread alone.
on a positive note, i am currently revisiting this once forgotten beauty.

I would like Enimem better if he didnt rap…and was in a band instead…but my music sucks so who am I to say.

I would like Enimem better if he didnt rap…and was in a band instead…but my music sucks so who am I to say. 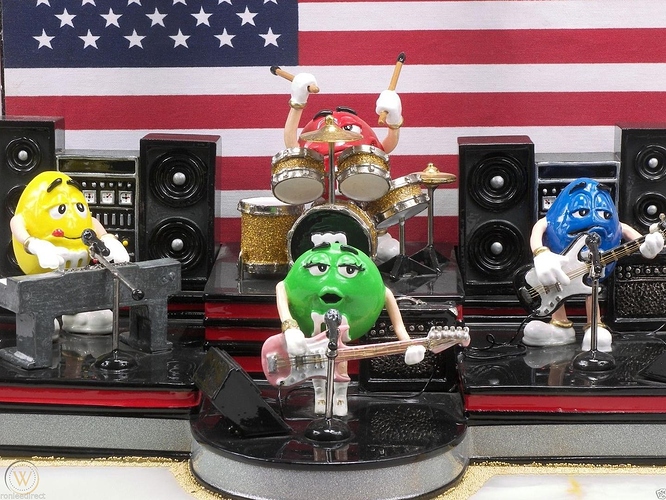