I’m still not making this up, my parents think their name is Beards of Canada ever since my brother turned them onto them. They’ve recently started correcting themselves, but ‘beards’ still comes out first.

That’s right, my parents listen to fucking IDM. Well, they think they do. I’ll let them have it

When I was a teenager one day I left Music Has the Right to Children in my dad’s car. Ever since then he’s been fucking obsessed.

BoC is kind of an anomaly that way. Almost everyone universally likes them, and the fanbase is just filled with non toxic people. It’s weird, its the one project that really bridges anyone into electronic music in a pretty accessible and illogically nostalgic way. They are the masters of their sound.

Sandison and Eoin DO have some nice beards though, XD

I wish my parents had the same taste in music as I do. I have an uncle who has a great musical taste, even introduced me to the music of the gentlemen I’m using as my avatar

Annoyed a friend of mine by pointing out Boba Fett is not a cool character, he only has cool armour. He’s basically a henchman and not very good at taking out enemies.

But the armour is very cool indeed.

The reason Fett was cool to kids in the 80’s was because he said basically nothing, was a bounty hunter, had - basically - a space version of Clint Eastwood’s dollar trilogy outfit mashed together with Spartan armor, and most importantly, you knew nothing about him at all at the time so you could imagine just about anything you wanted to.

He was the Star Wars ‘man with no name’ archetype…which was always a popular archetype for boys up through to at least the 80’s (obsession with character driven psychoanalyst narratives from the 90’s on started to take that away - you could have one, but you needed to learn more about them as the story went…kind of like The Mandalorean now).

Logically, he’s pretty “meh” if you stop and look at what we really see him do, but that’s par for the course of Star Wars.
Luke is…um…well…something. I mean Zorro even makes Luke look like amateur hour.
And as cool as Vader looks and as ominous as the camera and music plays him up, he’s jack all compared to any common SS soldier in WW2, or (sticking with fiction) Norman Bates from Psycho.

He’s more Dracula from the old movies. Implied evil more than much shown evil…most monsters and things like Dracula were pretty…well…lame by comparison to even a whiny nutter character like Joffrey Baratheon.

Awesome, two targets for the price of one

I got my dad pretty into Moby after introducing him to Play. He ended up picking up his whole catalog. I think he was more into the bluesy/soul kinda stuff from Play mainly, but he did really like I Like to Score. I’m not sure if he was into his older more electronic/club kinda stuff tho.

i hav a close friend who is about 15-20 years older than me. he is into very different music (naturally). he is also a huge music fan, he plays instruments, produces, etc, all the things i do, but working in the complete opposite style to me and using completely different methods. we both make it our mission to find a bridge between our tastes and suggest music to each other to see if we have nailed it.
i have known him for 10-15 years and we have both failed miserably so far.
the closest i found so far was noisia. i find that noisia create music (in the last 10 years anyway, and not any more

) that applies to most people. if you cant find a noisia track that you dont like at all then its like saying you dont like food.

I listened to a couple of tracks of noisia , and in short I think it’s about FM synthesis:DDDDDD

I listened to a couple of tracks of noisia , and in short I think it’s about FM synthesis:DDDDDD

that and a big kick and youre there! XD

i feel bad saying that. one of the things i love about noisia is the variety in what they have made. even when they went commercial they still made enough of a range to still appeal to their original fans. i cant think of a single other artist that has sold out and still kept my attention

when I was a kid probably about 8 or 9 my family went to Universal Studios (where John Foley worked) in Southern California and there was a studio tour where they showed us some cool behind the scenes movie-making things. that’s where I learned about foley and it’d say this is one of those little experiences that set me up on the path toward wanting to be a “sound designer”. my favorite part was the demonstration of how foley artists create the audio or sound fx for movies, specifically in Hitchcock’s Psycho. basically almost every sound you hear in any film is overdubbed because the mics don’t catch those sounds properly when shooting (or they capture the “wrong” sounds)… from the footsteps to the punches to the dialogue. like these motherfuckers record themselves ripping apart a celery stock for a bone-breaking sound and slush around a toilet plunger in a tub of mud for that splorusshshshhhhh sound whenever they need that.

foley is awesome and it’s a pretty fun research topic in which to delve. enjoy.

if you haven’ before, while you’re at it check out amon tobin’s Foley Room.

What gets me is ADR. How actors do it, I don’t know, because they put them in a vocal booth months after the scene was shot sometimes, show them the footage, and they have to deliver the exact same lines in sync with a performance that is months old. Same reason as foley, you don’t want set noise, you want to have the best audio quality possible, it needs to fit in with what’s on screen, etc.

I think i m addicted to lullablies
and someone will write… You’re also addicted to puzzles.

Half past midnight and there are geese flying over. 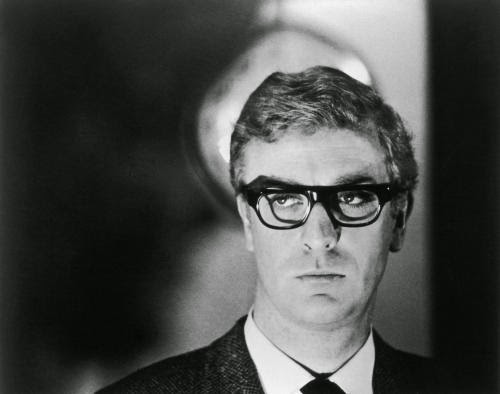 …should have know better!

Ok…that’s really sick! A Tachikoma from Ghost In The Shell! 1799$