Aye. The film was a hoot.

The dc animated movies are way better than the live action films imo.

The some of the justice league ones are pretty good storywise and in terms of animation are good.

Killer Klowns from Outer Space: 8/10 - iconic classic.
Scream 2: 6/10 - eh, its fine. not nearly as brilliant as the first but expected and shamelessly 4th wall
The Forgotten: 6/10 - not as good as I remember in 2004, but pretty intriguing

Didn’t get a lot of Halloween Horror movies in this year, I kind of did it to death last year. Most of these aren’t new to me. Most of them are on either Amazon Prime or Netflix. But anyway…

House (1985) - A troubled Vietnam vet inherits a house from his late aunt, which is said to be haunted. This one reminds me of poltergeist a bit, but not quite as good. Has a nice balance of horror and comedy but isn’t particularly scary. 7/10

The Texas Chainsaw Massacre 2 (1986) - Completely different than the first one in tone. Plays like a really, really dark comedy. Also, not scary and kind of stupid…but in a fun way. Gory as hell too. Who hasn’t seen this one? 7/10

Tread (2020) - Documentary about a Colorado man who became convinced certain people in his town are conspiring against him, so he snapped and built a bulldozer into a tank and went on a rampage. Based on a true story. It’s an interesting movie because it’s less about the rampage itself and more about how some people develop these sort of persecution complexes (probably) rooted in mental illness. 7/10

Poltergeist II: the other side (1986) - This sequel, which is not directed by Tobe Hooper, is actually not bad. It does something the original didn’t do particularly well–present a villian with a face and a name. The villian in this movie is this emaciated elderly preacher played by an actor named Julian Beck. The preacher also has this unsettling voice/presence and yes, he is by far the best part of this movie. Sadly, Beck was dying of cancer during filming which explains why he looked this way. 7/10

Poltergeist III (1988) - Here’s the stinker of the franchise. The original family is gone save for Carol Anne. The iconic Tangina character from the first two is here but underused. But worst of all, with Julian Beck having died since the last movie, they found a different actor to play his part, so it wasn’t as good.

The idea of setting a Poltergeist movie in a city setting had potential, but this movie doesn’t live up to it. Shame. But what’s a real shame is that I can’t watch any of these movies without thinking about how that poor girl that played Carol Anne died so young.

Deranged: Confessions of a Necrophile (1974) - Did you know there was a second horror movie inspired by Ed Gein in 1974?? …and that it’s in many ways creepier than the much more popular The Texas Chainsaw Massacre? This movie’s actually much closer the real life Gein case than any other movie I’ve seen. There were points in this movie…where…I couldn’t eat while watching them. That doesn’t happen to me often. The only real gripe I have with this movie is that Gein’s fictional counterpart in this movie is written to be kind of an idiot on top of being deranged…it can get old at times. 8/10

Dolls (1987) - To be honest this movie is kind of cliched in how the characters are and how the plot develops. There’s nothing exceptional about it. BUT…while I’m not afraid of clowns, spiders, snakes or bugs…I’m slightly creeped out by dolls. The kind that are in this movie btw, not like…Barbie haha. This movie’s worth checking out if you have that quirky fear too. 7/10

Child’s Play (2019) - Another killer doll movie but very different. Some people won’t like how Brad Dourif is gone as is the serial killer subplot. The Chucky in this film isn’t concerned about resurrecting himself or anything. This chucky presented in this movie is evil for a different reason which I won’t spoil. He’s also a less sentient character in the movie–more akin to a smart phone or something gone haywire. The one thing I don’t like about this movie is they decided to have the last third of the movie play out like some sort of shitty Stranger Things rip off. Still…better than I thought it would be. 6/10

good reviews and a good read.

Barbie is scary as hell man, and I won’t hear otherwise. It’s been a solid decade since I saw Poltergiest, and all I know now is that it’s my favorite horror movie of all time, which is saying something because I hate horror movies and it’s going up against Alien (none of the sequels though, only the first one) as one of the only horror movies I’ll watch.

Death Becomes Her - 8/10 - I’ve been on a Zemeckis kick lately IDK why, always quality writing in his flicks.

An American Werewolf in London - 10/10 - hadn’t seen this Landis classic in a long time, it still holds up as the best the werewolf genre has to offer. OG

Mandy - 11/10 - Probably the 7th or 8th time I’ve seen it, still blows me away. I really hope Cosmatos makes another picture.

IT and IT Chapter Two : 6.5/10 - I originally liked the first one better. I think the step down of quality in the sequel not only from a film standpoint, but just story in general, brings the first down a peg. I’ve read the book and seen the OG miniseries a bunch, I simply think the latter half of IT is just inferior in concept even. The awful overuse of CGI in the Muschietti films is disappointing. I don’t think I’ll revisit them unless a quality single-extended cut comes out like they’ve hinted.

Strong chance Lego have nailed it once again:

Still solid though…bleak as fuck though.

Planet of the apes…I appreciate it more nowadays

Also it is great movie because of philosophical innuendo about societies, clash of civilization…and modern political strife…

So yea if I were to make my obligatory manifesto on idmf…it would be summarized by the planet of the apes movies…mostly because of the philosophy I see in those movies.

This was fuckin’ perfection. easily my picture of the year, lots of Cosmotos/Kubrick worship. Excellent!! 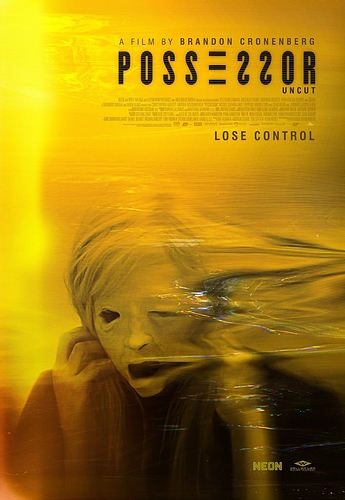 “Look Dad if you’re not going to make movies anymore, I will”

“Look Dad if you’re not going to make movies anymore, I will”

This is one torch that needs to be carried!

Valhalla Rising was kinda cool. He did a good job having presence without much dialogue. It was like a moody version of fury road in that sense.

I like fury road…I hear great things about Valhalla but idk I’ll force myself to watch it…cause why not.

I didn’t care for Fury Road even though I like Charlize Theron and the guy who played mad max…uh…what’s his name…hmmm. This sort of brings me to my point: I felt like Mad Max was pretty much a side character in that movie…the movie with the title, “Mad Max: Fury Road”

Ugh, on second thought, I think that movie could happen nowadays.

However, I recently saw Mad Max 2 and it was one of those “wow, I can’t believe I hadn’t seen this movie before” moments. And while I’m on a roll here…

Beyond Thunderdome is a sort of movie that doesn’t know what it wants to be imho. Starts out good but turns into Peter Pan and the lost boys by the end. kinda meh.

The original is very good too, but Idk it doesn’t have quite the same post-apocalyptic vibe as the others.

Old plays reworked into being set in modern times…fail

Plays that stick to the original script, miles better than modern reimaginings.

Nathan fillon and Amy Acker, so much win.

Romeo + Juliet was cool in its on way