Idk about dune but I’m wondering if they are gonna follow the book series and include the whole Duncan idaho (the real kwisatz haderach) butlerian jihad…and the great war with a.i. to the human diaspora to prevent extinction.

At least that’s what I know from the sparknotes…

The Wailing - 2016 Korean horror/sort of mystery movie about a rural Korean town that is turned upside down by a stranger from Japan. At times it does have this sort of comedic tone that I don’t get; mostly from the protagonist who starts the movie as a sort of bumbling protagonist. But he develops as a character so it’s all good. 7/10

The thing about The Wailing is that it expects us to know all of the mythology. I had no idea what happened until I watched a video on youtube that explained things that I’d never heard of.

Dr sleep is such a great movie.

First time in a while I’ve re-watched it but I’d forgotten just how much of a giggle Deadpool is. All 10 mutant thumbs way way up. Ordinary story delivered with much excellence and many great lines.

Anybody ever see Boys Dont Cry with Hilary Swank. Is it good?

Still not forgiving Ruin Johnson for The Last Jedi shitfest

Oh my God ! this is my least favorite actor! he acts with such a face, as if he does not want to act in films.

Sinister - 9/10 - This movie gets better every year, but I still refuse to see the sequel.

The Paramedic (weird spanish netflix thriller) - 3/10 - watch only to laugh and with subtitles on.

ABCs of Death 2 (again for the nth time) - 8/10 - some heavy hitters, some really terrible stuff. overall still has some of the best closing segments to an anthology series ever.

Acting is hard because you have to be another person in order to make a living…also its a very discriminatory and fickle industry I know this because of a documentary I saw by robert Townshend the guy that made meteor man.

It’s very difficult to be a successful actor. 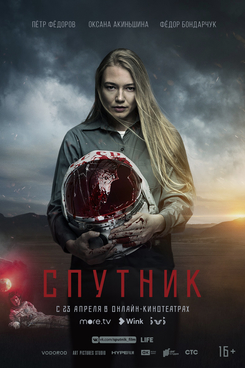 Pretty good for what it is, and considering I have an infatuation with Russia, especially Soviet Russia, I found it entertaining, though it was slow and the story felt lacking overall.

Better than its IMDb score by at least a point or two. Its basically X-Men without the budget and in a grimmer world. No good guys, just shades of bad and desperate. Don’t expect A-list FX, they’re not coming. Good fun.

Do the right thing
Jungle fever

I’m not sure if this is a spike lee movie…
But I like whitemen cant jump.

The black panther…shame about Chadwick boseman…