A thread for the eyes and brain to dance to. There is plenty of room for the discussing and sharing of ideas/techniques.

Music video thread by us.

Maybe I’m old but I like it when the vid is synced responds to the beat/track elements…most likely a yt tut on how to make that sort of stuff.

I really need to start putting a disclaimer on my videos. I don’t actually create any of the visuals myself I’m afraid, I just like to browse through giphy(dot)com and look at abstract gifs. Then I just pick on that fits the pace of the music I make convert it to mp4 and put the audio over it. I wanted to start making my own stuff but never had the patience to learn Processing or the time to learn Blender or any of those 3D visual programs. I just about have enough time to make a bit of music every now and again.

Beeple is an amazing visual artist though, so he’d be a good starting point for research. I’ve never actually thought to google him for learning purposes though, but who knows maybe he has some good pointers on how to learn the type of things he does.

I did once see on another forum about a thing called a VJ box. Korg released one years ago called the Korg Kaptivator, it’s quite rare I think but it looks pretty cool. You whack in images and videos into the box itself and the you can edit and sync them to music.

A quick google for VJ controllers and you get all sorts of recommendations for controllers for Resolume as well. I’ve never used Resolume myself, but it looks bloody good for making some mad visuals

I make my own videos for my tracks, they usually consist of 2D, 3D animations and visual FX work, I’m not sure how to embed videos but anyone is free to check them out on my Vimeo channel https://vimeo.com/user98870081

Currently working on 2 more at the moment, they take an immense amount of time to do though, couple of months per video, balanced in with all the normal life bullshittery that needs to be done.

Not that much time rn, but here are some programs I like for visuals after testing a lot of options over the years:

For audio-responsive visualizations: Resolume (normally for live visuals, great to use with own clips, good visualization options but limited presets, expensive and you could buy even more presets - not sure if the preset stuff is cleared for videos though), Magic Visuals (also for live visuals, cheaper with lots of preset scenes but harder to handle), VSXu (free but I had problems with it back a few years ago before switching to other stuff, but that was before getting a better graphic card), Hitfilm (has some good visualization options including atomic particles and lots of additional effects, but Resolume or Magic Visuals offer more in terms of visualization options, Hitfilm is still mostly a video editor).

For 3D stuff: Blender (free but do-it-yourself or pay-for-plugins), iClone (expensive) or Daz (free but do-it-yourself-with-some-limitations or import-a-lot or pay-a-lot-for-models-and-plugins) for character animation. Flowscape (very cheap but limited) or Twinmotion (still free in v2019, also a bit limited) for automatically moving simple vegetation and water, but not good for character animation. Mandelbulber or Mandelbulb3D if you want get crazy with fractals.

In general I completely agree with @Radiophile (nice work btw, very idiosyncratic and a bit slow pace compared usual viewing trends I would say but very elaborate, the time spent on it clearly shows) that using 3D animations for videos is extremely time-consuming, especially if you want a video to consist completely of rendered scenes without repetition… Depends a bit on which program you are using to render since the time needed can be anything from realtime screencapture tomonths of rendering with something like Daz Iray or Mandelbulber. And it depends on how much time you spend animating and if you have something with automatically moving stuff such as waterplanes or plants.

For general video editing I use Hitfilm exclusively. All you need imho. It’s even very cheap if you can get it in a Humble Bundle.

Here’s the current version of a video thing with lots of kaleidoscope - only temporary upload since it’s unfinished and the track is unreleased, but feedback is very welcome: [Edit: had to delete it - thanks for watching!]

If you´re a Maya user, look out for a plugin called “AudioWave”. It allows you to drive attributes in 3D using audio files. Unfortunately it only responds to volume so it´s only really useful when you have access to different channels of your own music. More recently there´s a thing called “MASH” in Maya, this responds to frequencies. The examples on the internet right now are pretty lame, but with a little bit of coding knowledge and a good idea you may be the next Alexander Rutherford (the undisputed genius who made Autechre´s Gantz Graf video 18yrs ago). Also check out Trapcode Sound Keys for frequency driven post production effects.

Both seem to be cool options, but as it seems for both you have to use subscription services, what I personally extremely dislike. Maya seems to be 2000€ for one year?

However, Blender with plugins such as Animation Nodes might be a great alternative to Maya. I followed a few tutorials for some Blender visual and audiovisual stuff recently and I’m impressed by how extremely flexible and powerful it is in nearly every regard, including audio visualization, evne though not frequency-specific stuff - for that the best I have found so far is Resolume.

Also, any feedback for the video I posted above would be very much appreciated! 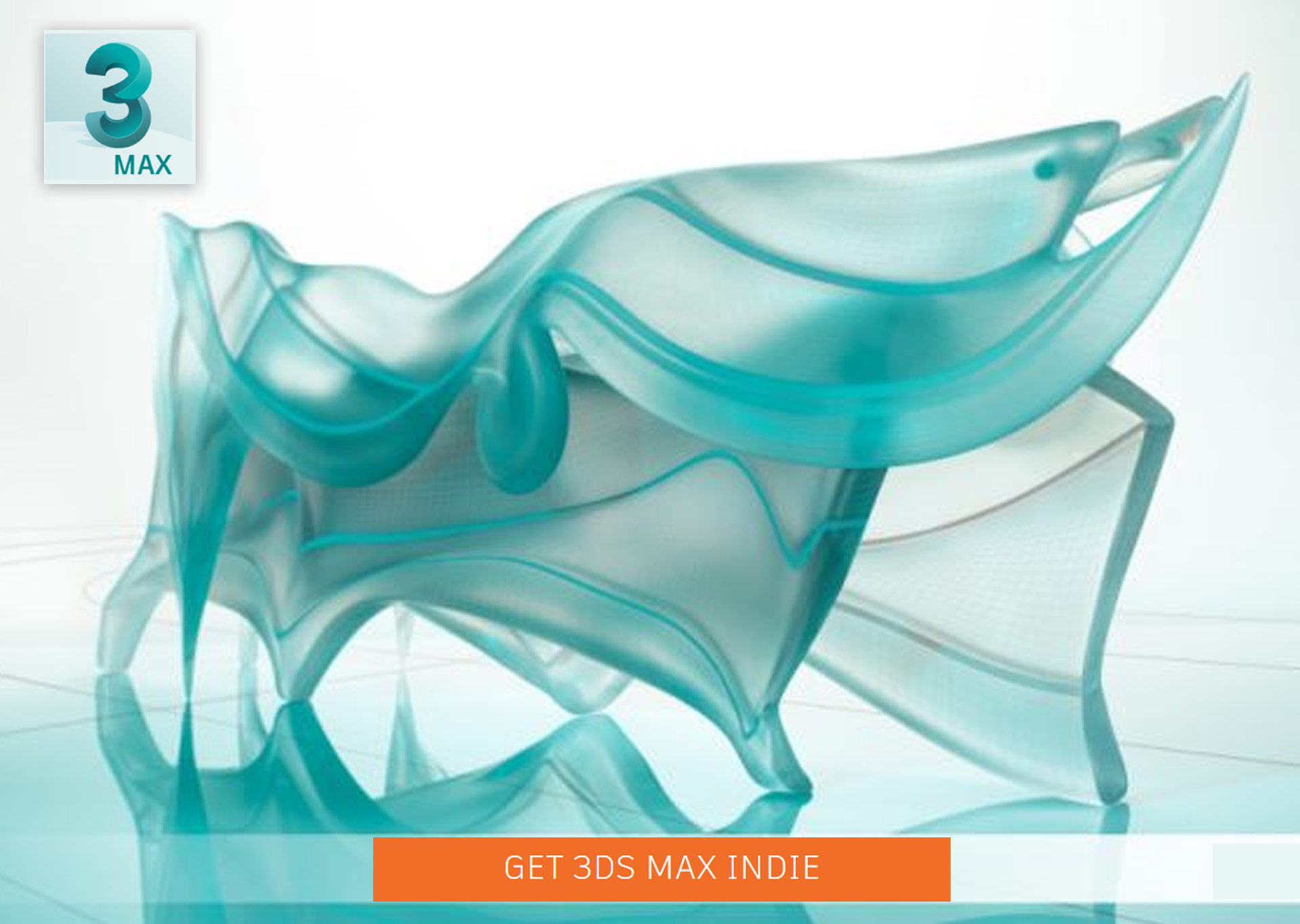 Autodesk has announced a new licensing model for two of their flagship design software products; 3D Studio Max and Maya.

according to that link they have a 250$/year deal for freelancers that earn less than 100k. i’ve heard good things about blender but Maya is still the industry standard for animation, soon to be replaced by houdini. its a good software to learn if you’re looking to pursue a career in 3D, as is houdini.

your video is cool, i like the kind of breakup happening around 1:48. i’ve never finished more than a minute of audio responsive work as i like to change things up a lot. it would be cool if someone paid me to do it

unfortunately there’s not a huge demand for high end music video’s these days, or at least not a lot of budget

your video is cool, i like the kind of breakup happening around 1:48. i’ve never finished more than a minute of audio responsive work as i like to change things up a lot. it would be cool if someone paid me to do it

unfortunately there’s not a huge demand for high end music video’s these days, or at least not a lot of budget

Thanks for the feedback, very much appreciated! Yeah, I think there’s huge demand but with zero budget

I like it, I don’t normally do the graphic effects/audio visual stuff myself, but I do use after effects for post production. So lately I have been toying with the idea of giving something like that a go

My latest one, I’ve not gone for perfection here, especially with some of the textures, just in the attempt to be more productive and rattle these out a little faster. Months on end is just too slow, ends up taking away from the music too long

tried to embed the dropbox file, but couldn’t, coming up “Video couldn’t be decoded”/ Don’t know why. have to go with the vimeo link instead I’m afraid.

Really cool stuff @Radiophile! I think if you maybe introduce another element or clip or something to switch it up a bit from time to time it might become absolutely awesome!

I dig it! A lot! I felt the intro was like a cockroach making its way to your heart. Do you have this song on Spotify? Def going to one of my playlists!

Here’s a cool 2d music video. It has a caterpillar named Fred.

And here’s another one That’s just a metallic pattern following the music. Don’t know how to describe it tho

done in Maya as a promo for this album: 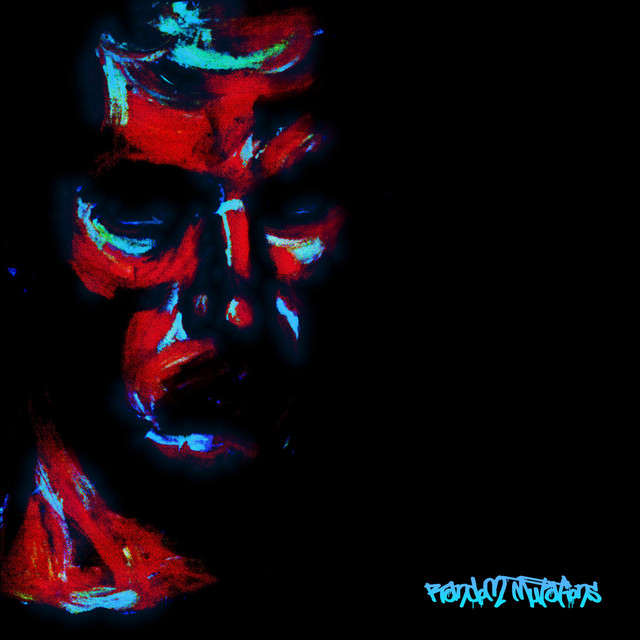 Random Mutations, an album by Fremen Production on Spotify

Thanks Bud, not on Spotify yet, coming soon though with the rest my next EP, which will include videos for all.

It did make it on to IDMFs last compilation album though: IDMf060 - "Soul Engine" released!

Here’s a cool 2d music video. It has a caterpillar named Fred.

And here’s another one That’s just a metallic pattern following the music. Don’t know how to describe it tho

Love the art style of the first one, very cool isn’t it