Well, when you have a Juno laying around…

Congrats @chasedobson, I look forward to seeing what you think of it.

TBH, I’m thinking about selling my Rev2 and using the proceeds to buy a UDO Super 6. It’s been great as my first synth, learned a lot programming it that I’ve taken into every other synth and VST that I use, but there’s really no sound I can get out of it that I’ve felt the need to record in 18 months. Maybe I don’t get it, maybe it doesn’t align with my music, maybe it’s served its purpose? IDK.

The triangle waves are dope, not sure if the 8 has waveshaping or not, if you do then abuse it.

Said homie has been more productive “in the box”. I win.

Did I just buy a Neutron on EBay?

Did I just buy a Neutron on EBay?

If so why the Neutron?

I see there is a nice firmware update for the mother32!

I see there is a nice firmware update for the mother32!

Such a wonderful sounding little synth. I’d have one again.

Massive patchbay and flexibility and a nice aggressive filter. I wanted an analog semi modular to complement the MicroFreak and the Neutron seems the most bang for money. 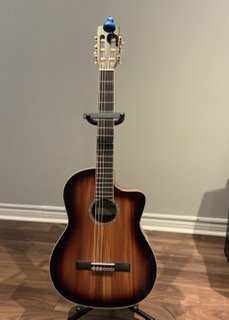 New guitar day!
I’ve been learning some classical fingerstyle so I found a good deal on reverb for this classical.

So which of you galoots use a patchbay in your home studio? I’m mostly interested in hybrid setups, but I guess it’s all the same at the end of the day. Brands, styles (TT vs 1/4, etc), in/outs, normaled or no, clever tricks?

I had patchbays back when most everything was analog, mostly Switchcraft stuff, so I know how it generally works, I’m just wondering if people mess with it for routing these days, and if there’s an nifty tricks for using one with digital setups.

So which of you galoots use a patchbay in your home studio? I’m mostly interested in hybrid setups, but I guess it’s all the same at the end of the day. Brands, styles (TT vs 1/4, etc), in/outs, normaled or no, clever tricks?

I had patchbays back when most everything was analog, mostly Switchcraft stuff, so I know how it generally works, I’m just wondering if people mess with it for routing these days, and if there’s an nifty tricks for using one with digital setups.

I really don’t have any suggestions to except to say I got along famously with this one: https://www.sweetwater.com/store/detail/PX3000--behringer-ultrapatch-pro-px3000-48-point-1-4-inch-trs-balanced-patchbay

Who has an opinion on the Mutable Instruments Ambika? There’s a guy on e-bay building and selling them for $800. Everything I’ve heard come out of the Ambika is just lovely, but I think Mutable just sells the kits now(?)

@W23 That thing looks cool, reminds me of a blofeld, too bad I don’t let myself spend that much money on synths (anymore)

So right, I was thinking about a midi controller. I have plenty of full sized kbs for the job but I’m looking for something small.

-Preferably 3 octaves, would consider 2 or 4 though.
-Lightweight
-Powered via USB
-Don’t really care if it has a mod wheel/pitch bend
-Good build quality
-Under $199
-“Knobbiness” isn’t a priority

EDIT:
Ohhh. You want a $200 midi controller? I read your post again, and realized that I am a terrible reader. If you own Ableton Live, the standard Launchpad is (or was) only $119. They even throw in a copy of Live Lite for free. I like mine. I mostly use a Push 2, but there are some free Max for Live utilities made just for the Launchpad that are pretty neat, so I bought one.

The same guy will build a single voice version, called the Shruthi for $275-$325. That still may be above your budget, but from what I’ve seen/heard, it’s not a bad deal. I have an IK UNO for like, only $129 on Black Friday. Honestly, I don’t like it all that much. The interface is a little clunky, and while the sound isn’t bad, it isn’t all that great either. I actually like the meeblip geode a little more. It’s also only $129, but I don’t know if I’d necessarily recommend or not. For the price, it’s amazing. It’s also just a snarly, funky little synth that has a low pass filter that meeblip says is from a distortion pedal (I believe them).

Here’s a link. Check them out: 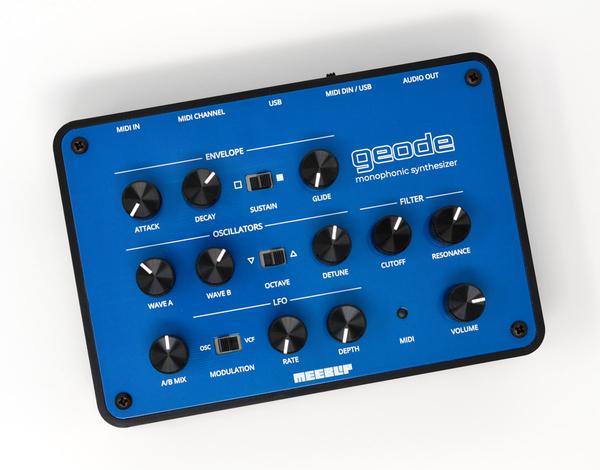 Raw and digital, dirty and analog - in one compact box. Our geode synth has one goal: to let you plug in a box and dial in edgy, cutting, grimy sounds you won’t mistake for anything else.

I owned the early Korg Volcas (synth, bass, and drums), and returned those. They were just too toy-like, but some guys make surprisingly good sounds with them. The Bass Station II is on sale right now, as well as the Circuit Mono. I think I’ve seen them for $300-350. I keep looking at the Behringer synths, but they operate on a business model that I decided years ago I wouldn’t support, but I sure wouldn’t judge anyone else for doing so. I think the Behringer Crave is only $250, and I’ll bet you could find a used Model D for under $200.

Arturia Keystep? IDK all the synthtubers seem to have like 8, must be doing something right. Draws low enough power that it can run off most phones apparently (with the right adapters).

oh crap, I should have mentioned another thing: Full-sized keys. I need full sized keys.

Ah, me too. I had an Alesis QX25 until recently, don’t think it’s still in production but you might find one used. 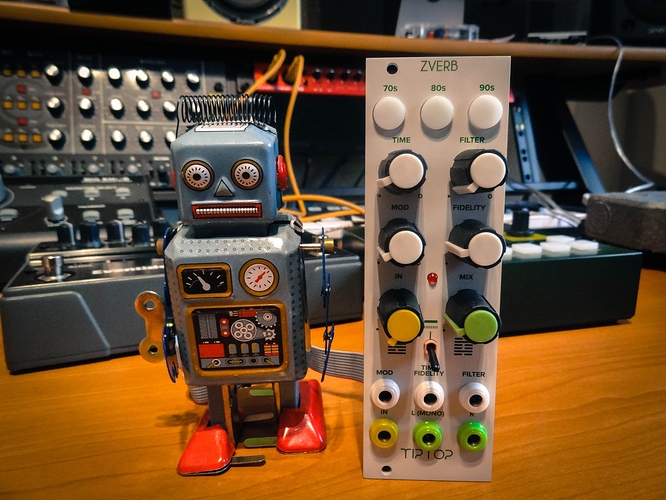 Well we ended up having to buy a new washing machine. There goes my mad money (maybe) for a Model Cycles. Not exactly the hardware purchase I was hoping to report one lol