YASSSS. Good pic man. Such a great LP. I need to dig that for a track or two to drop at camp anyway.

I’ll defo be playing some Blu Mar Ten, love those guys. Still rate that sample pack they were giving away for ever. 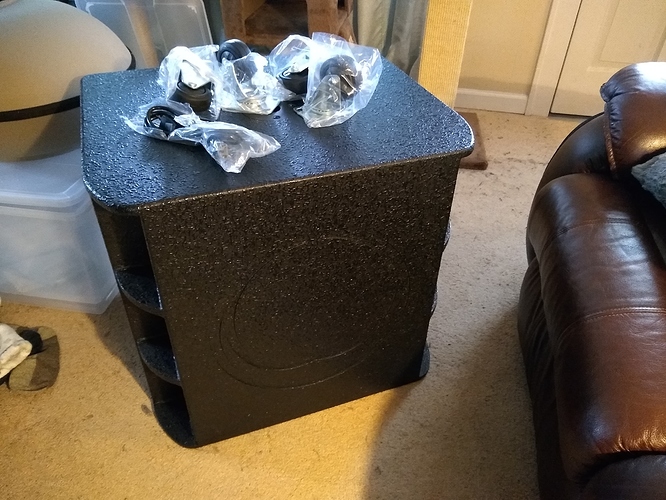 Oh dang. That boi is thiccc. Looks more like a piece of furniture than a woofer.

I actually came here to talk about the Medusa, they apparently dropped the price on it to $800, and I’ve seen some new vids on it recently that rekindled my interest in it a bit. Plus that’s a full MPE controller on it now too (and I assume responds to MPE from external midi?).

At a quick glance the Medusa looks like the coolest thing I’ve seen from Dreadbox (I realize it is a collab). I mean, seems a lot going on under the hood for that price point.

I’m definitely going to drop the Force in favour of Live plus stuff, I’ve been using the two together and the Force feels like a clunky Live.
Plan is

I feel like hybrid setups are the way forward (especially if you want to finish tracks and not just do live jam stuff)–dunno what your goals are as long as I’m making dance tunes to play live I won’t be using mostly or all hardware for that.

Comes up for air

…I got sucked into video games lately. Friend of mine invited me to play ARK with her and I’ve lost myself to taming dinosaurs and re-making Jurassic Park

After being savagely murdered, repeatedly, I’m basically working on figuring out how to be the Raptor Queen and run around with a pack of raptors

Though I do have a Tyrannosaur, now, too. I named her Rexy after the T-Rex from Jurassic Park/World

Not really a lot of music gear I want at the moment. I still want a Hydrasynth and maybe a Strymon Volante, but that’s really about it. It’s kind of a nice place to be at, tbh.

And I totally get the hybrid thing, and it’s easier than ever to achieve that sort of feel/workflow. I’m also generally pretty happy with my MacBook Pro, Bitwig, and a Launchpad, with a controller script that lets it act really close to a Push.

Dude, Strymon pedals are the SHIT. I have two pieces of hardware right now and still wish I had my El Capistan : (

I have BW and a Launchpad too… getting back to using them together more after having it collect dust for about a year. Which controller script are you using? I am having some issues with the Moss script that it doesn’t want to f.e. recognize when I am on a synth and allow me to use the keyboard mode…

Oh well, I’m facing a week of self-isolation and work from home, so between wanks I’ll have plenty of time for music and planning my hybrid setup. Odd how the Force pushed me back into daws…

Oh well, I’m facing a week of self-isolation and work from home, so between wanks I’ll have plenty of time for music and planning my hybrid setup. Odd how the Force pushed me back into daws…

That’s what has kind of pushed me away from some of these big flagship machines.

I’m using DrivenByMoss and haven’t had that problem, but using the “extension” to be more specific, which is java, and not the collection of js “scripts”. I don’t think I’m on the absolute latest version though, either.

This PA sounds fab even at low volume. Staying up stupid late sticker bombing my studio desk and the little lady is fast asleep across the hall while Im bouncing to that 128 bpm shit

from the videos Behringer have been posting as of late its seems their after cloning the Linndrum, i do love the Linndrum sound, i like it better than the 808/909, suppose it just reminds me of the 80’s.

I’ve got all these plans to do a carpenter style track with the Matrixbrute, OTO Bam and Linndrum extension, yet i never find the time/motivation

First few hours with the Microfreak are super positive.
I wasn’t concerned when I went through the presets, but once I started making my own sounds things improved drastically. I love the capacithingy keyboard thing.

My motivation is very manic. I find the best way is to just jump in and mash pads and keys and if it doesn’t work it doesn’t work…but if I get that little ember going and give it a gentle kiss of creative air I can usually get smoke then fire…

I just realised despite being a keyboard retard that a synth with keys makes a huge workflow difference.
To nobody surprise I guess… 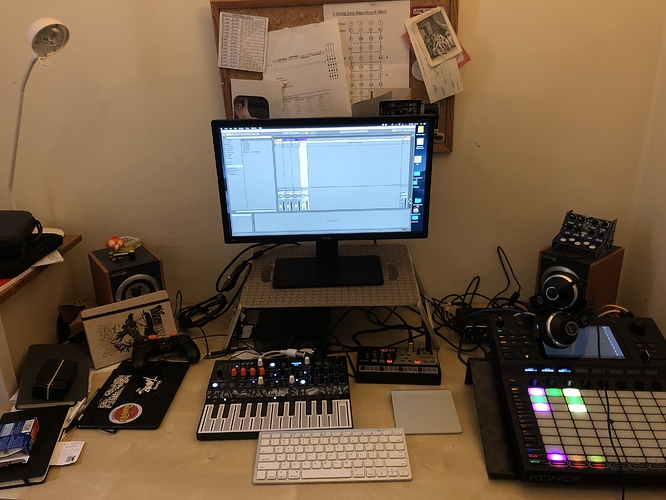