That isn’t my understanding at all.

I think what Artificer is getting is that unless you are used to ultra high end DACs and Speakers/Headphones working with the onboard DAC and headphones while you are out and about will be fine.

If you are used to using ~$100 headphones and an inexpensive audio interface I don’t think you’ll notice much difference between that and your onboard sound chip and your headphones. No headphones I know of have DAC, they only accept the analog audio signal after it has been converted. The reason to use an inexpensive interface is because it reduces latency.

I think the main point here is, on the go for composing, I wouldn’t worry to much about using the onboard audio chip set (unless you are used to using higher end gear).

Think of it like this - your computer/laptop/audio hardware/whatever is a box that your music is in. There’s a DAW and a bunch of plugins and soft synths and whatnot. You can do whatever you want in there, but you’ll never hear it, because humans can’t hear 1s and 0s, which is all that ‘music’ is while it’s in the box - it’s entirely digital. You can manipulate all those things, and then at some point it gets send out.

To hear the audio, you have to convert it from 1s and 0s to analog voltage, which then gets amplified and pushes a speaker around. That conversion is the job of a digital analog converter (DAC); it’s what lets the music come out of that box and into the world where we can hear it. Your laptop’s on-board audio has a DAC - if you’re hearing something come out of your laptop, either via speakers or headphones, the on-board DAC is what’s converting it from digital to analog. An external interface has a different DAC, and if you tell your DAW to send it out to the interface, that’s the DAC that does the conversion.

My original point was that having the shittiest DAC in the world doesn’t affect the quality of the music while it’s still in the computer. Making music on a computer with a crappy DAC doesn’t make for bad music, just bad conversion on that particular device when you play it - just like listening to a well-mixed album on your phone doesn’t make it a bad album, just bad playback. It might sound like ass when you play it out the laptop speakers, but if you email that file to someone with a $100k studio and they play it though all their awesome equipment, it’ll sound way better, because the DAC (and by extension, the on-board audio) only matters when something gets played, but it won’t hurt the final quality of your production unless you plan on only playing it through a bad DAC (and again, most laptops have pretty good on-board audio these days).

Okay that makes perfect sense now. Thanks for all of the clarification. This question has puzzled me for quite some time so I’m relieved to have finally learned the answer.

Here we go then!

I saw that last night and had sweet dreams about it. Clearly Behringer has spoiled me because other people were all excited if it was under $1000 and I’m like “wtf if it’s over $500 they’ve lost me”.

I think my Tascam 414mkII is in need of some TLC >_> I bought it for $20 several years ago (holy shit the prices now for broken ones lol) and stuff sampled from it are pretty wonky. But it’s also a great source of lofi glitchiness, now lol. Toss in a regular cassette so it plays back at double speed, then sample it and pitch it down. SP-404 vinyl sim don’t got shit on this

Glad I’m gravitating back to sampling again, it’s like the Bob Ross of music making. There are no mistakes, only happy accidents

(especially if your gear is a little broken lol)

.banner { display: none; } MATRIXBRUTE NEW FIRMWARE 2.0 In January 2016, a low-res image began circulating online of a synthesizer no one had seen bef...

I just saw the first feature and it’s already more than I had hoped for (quadrupled mod slots - yes please!). I think this is going to really open up the matrixbrute. Glad I picked mine up a few months ago, because I could see this dragging values up.

I want a Roland S-330. I have space for it. They can be found relatively inexpensively, and I found a post describing how to power it up so it doesn’t rely on needing a monitor. I don’t want to edit on it anyway, and just use it as a flavor sampler to shuttle sounds to, sample, and right back to my MPC.

According to the Black Friday thread, Arturia is selling MiniBrute 2/2S and DrumBrutes as pretty steep discounts.

I liked the DrumBrute pretty well. It very much has “a sound” and the parameters on a lot of the voices don’t have wide variety of character between 0%-100% If I had a whole stable of drum machines I’d keep one around. I think their smaller drum machine has more overall character.

if I was to get one it’d be the Impact. I really can’t justify one atm though XD

Me: Learning Max so I can make something custom to go with one of the nice MIDI controllers (that’s still hardware, right? >_> ). 8 trial expires a week before Black Friday

Also Me: No problem, I have 7 and surely the upgrade to 8 will be on sale in a week.

Cycling74: lol everything is on sale except that.

Well fuck. Back to messing with my samplers and being a “bad consumer” today XD

Just put my pre-order in for this. Apparently they sold out of the pre-order run in like a week (well, in a few hours they will at least), which I guess bodes well for this having a good support network at launch at least. What’s dangerous is that I had budgeted to have this all paid for at the end of the year, but they don’t want my money until it’s time to ship…

I haven’t post sometime, i know this isn’t hardware but it is

I collected vinyl during the early 90’s, i left my collection in my parents shed and kinda wrote it off as i had nowhere to put it and the hassle of collecting it.
Anyway id not even looked at it for about 15 years, the shed is in some woods, so one visit to the parents i decided to go down the wood and have look and to my horror the shed roof was leaking, it was that bad the ceiling had gone black with rot and mushrooms were growing on the ceiling. At first i thought f@@k it they are ruined just forget about them.
A week later i visited the parents again and thought to hell with it i’ll start carting them to my house a visit at a time, my car is tiny but i crammed as many as i could in and over 3 visits/3 weeks i managed to get them home.
I couldn’t rescue them all, many were just too ruined with water and covered in mould.

each visit i was stacking them in my living room and the wife wasn’t happy at all.

Thank God for the IKEA KALLAX range, the unit i got i was just about able to assemble in the garage any bigger and i couldn’t of built it, i had to jumble stuff between my 2 sheds and garage to make room for everything and move electric socket off the wall so it would fit, but i so happy the efforts payed off. Happy i kept my technics 1210’s too that had been sat in the bottom of a wardrobe for god knows how many years.

Anyway I’ve had friends around from my old rave days and its been far more fun than i ever imagined digging through the creates, my god the memories. that collection mainly focuses between 89 to 94. 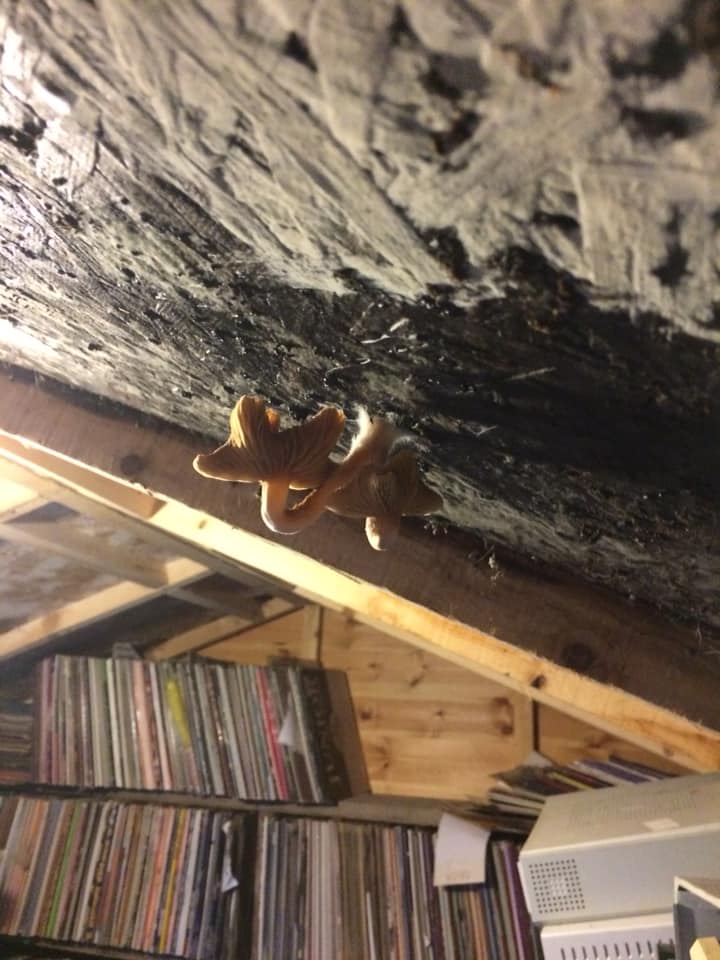 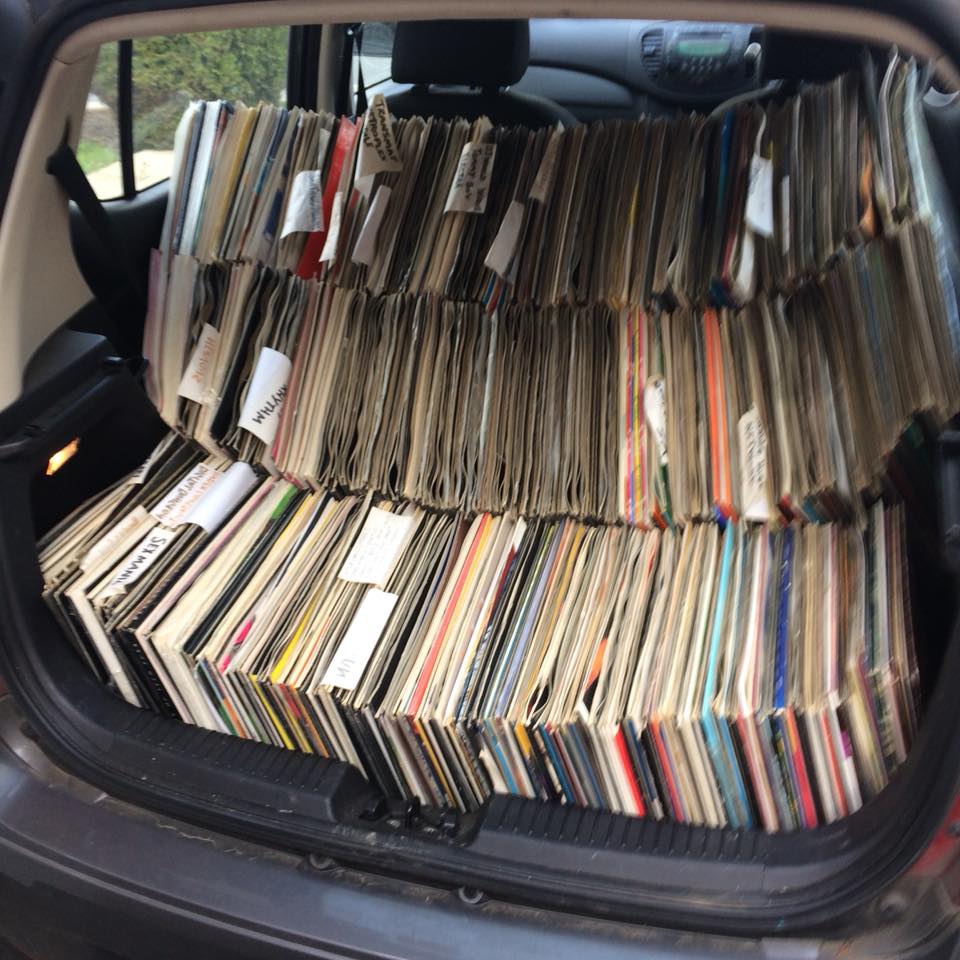 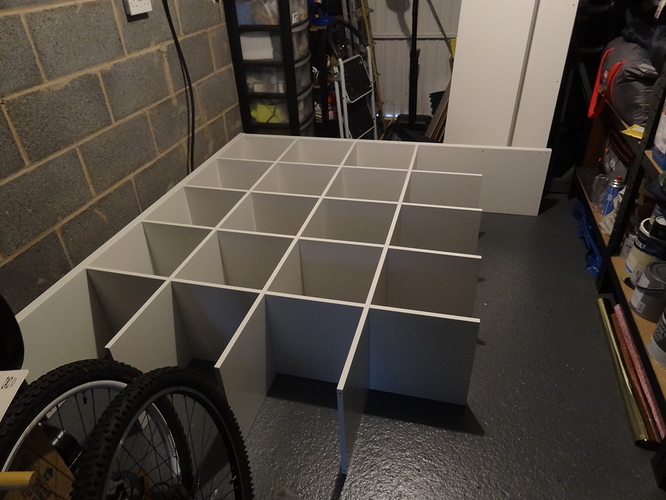 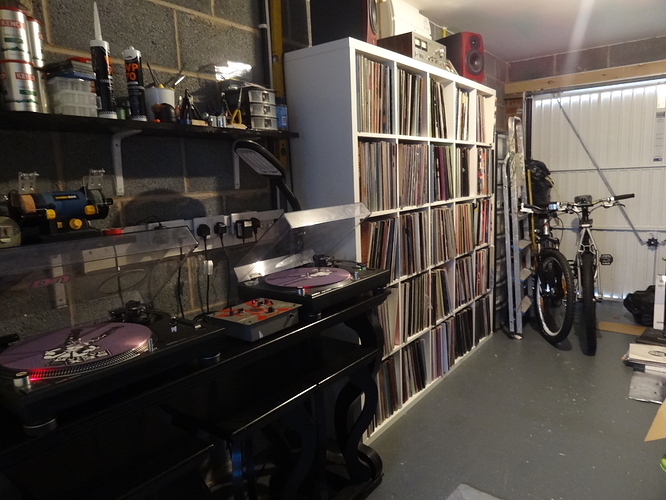 I was blowing hot and cold on the idea, but the fact the deposit is refundable if you change your mind swayed my decision i went for it and ordered yesterday, as soon as i ordered i started thinking how brexit might affect things, like tax and posting etc (have to wait and see)

Plenty of time to put money to one side each month before the release.

and my age old problem, planning how to get it in the house without the wife seeing it, I’ve got at least 6 months to think about that

I didn’t even know it was refundable. That’s great!

I’m thinking that between now and then I can pick up a seaboard block and get some of the MPE softsynths from Roli so that I have options and ideas by the time it actually arrives. I fully expect it to be delayed to the point that it doesn’t arrive until like September or something. I have to figure out a place to put it, but I think I’m going to need another A-stand anyways because I’m sick of not being able to see 2/3 of my Matrixbrute because it’s about 8 inches under my Rev2. Where that A-stand is going to go IDK, we’ll cross that bridge in a bit. But once I solve that, I have plenty of room for more bits and bobs.

The website said the offer was on until December 31st, so i thought id see christmas over and if i had the spare cash id order it, then yesterday i had this little hunch that i better order quick.
Then today the website says their not taking any more orders, it must be a massive success.

and i agree probably won’t see it in the summer…

I have the previous version of that shelf, I forget the name it used to have. It’s super sturdy and I have seen many a turn tablist espouse the virtues of it for storing their vinyl.

I recently inherited two boxes (office sized paper boxes, so not too big) of vinyl from my dad. I wasn’t that stoked at first because I figured it was all classic rock that I over-listened to in high school, but its a lot of jazz and other stuff I don’t typically listen to so I’m stoked to go through it for samples at least. And my buddy told me the condition on the stuff was good enough I can get a few bucks for it probably when I’m done with it.

From what I remember you saying you collected in the 90’s @canecreek that should be some pretty cool stuff. A lot of Jungle yea? or am I thinking of someone else?