@Subtronik regarding the Big Sky vs Blue Sky I’ve had a Blue Sky before and it was all the reverb I ever needed in a hardware setup. I’ve also had a Meris Mercury7 and also an Empress. Never had the Big Sky but between the three I’ve mentioned I’d rate them…

But again, the Strymon Blue satisfied any need I had and was very much a set and forget box. The Empress and Meris were more reverbs you could tweak in real time. I guess what I’m saying is the Blue Sky will fill your need but if you think you’d need more, based on my experience with a variety of reverb boxes, I’d look elsewhere than that Strymon Big Box Verb.

I mean for the price of 1 Big Sky you could get both a Mercury7 and Polymoon from Meris and be way more satisfied as far as pedals w synths go.

Finger drumming lesson number 2: things are starting to click and I’m no longer as uncoordinated as I was…

Rather proud of myself for this idea. I am taking vocal lessons and went “…but what if I want to sing in a band?” I have mics but no PA for rehearsals…

I remembered my Eris E8s I replaced with some Kali Audio LP-6 V2s, and had yet to get rid of. A $40 mixer later and I have a PA and FRFR guitar system with enough inputs for 2 mics/guitars and stereo channel for whatever. This Pyle mixer is a pile alright (lol… NOISY with the hiss), but it was cheap and it gets the job done. Fine for practicing.

Finger drumming lesson number 2: things are starting to click and I’m no longer as uncoordinated as I was…

Been looking at the FM2, great for somebody to enter the world of FM, as I have the vintage mark 1 (lol) I’m not sure there’s enough changes for me to buy the mark 2 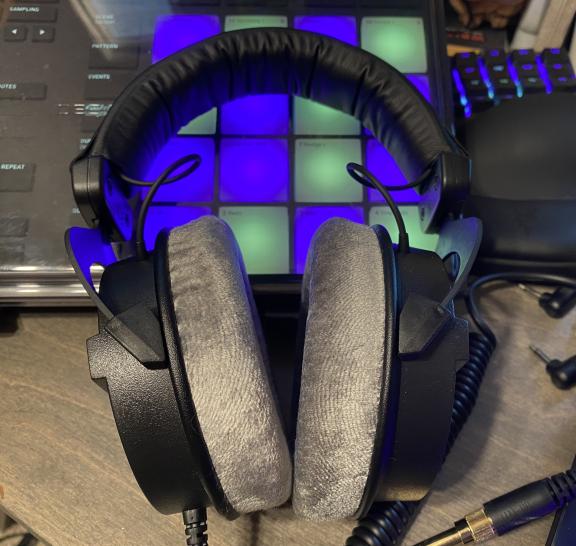 I assure you those pads are purple and not blue or dark dark purple… I keep my lights low and warm to keep my anxiety in check. RGB lights are a great invention…

I also ended up taking that $40 mixer back. In addition to not liking bright lights, the hiss really started getting to me 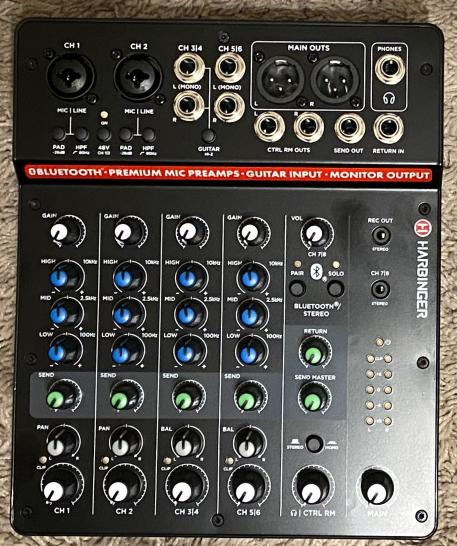 So I will plug the BX-6 mixer into this one, and then plug my Darkglass head’s DI into this, and a mic into it. I don’t lose using the H6 as a hardware recorder, though, because I can just take the mixer’s control room out to it as needed

I also gain another FX send, so I will probably slap a reverb onto this to affect the entire mix, and my Zoom multistomp onto the Boss to only put things on the synths.

Then the monitor outs from the new mixer to my old Eris E8s.

Googled that thing. 4RU? Its A TANK (literally)

from the prices I saw from a quick search it’s worth insanely more than what was paid, unless it was a really similar model number I saw that is not that one (it might have been RMV-800) (it was “RSS” RV-800)

I seriously thought you had just scored the last greatest deal on gear of the decade.

Smashing the TR-09 thru the DIY dannysound Dynamics last night

Didn’t The buggles sing that 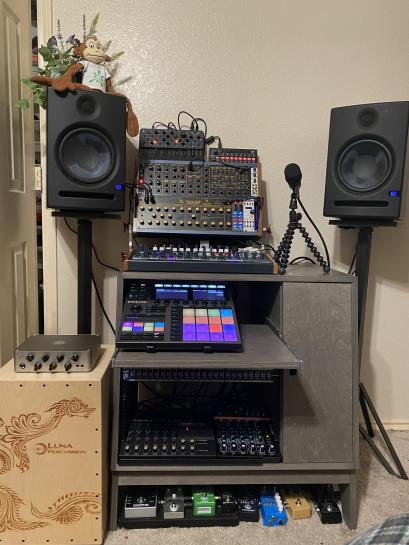 “Alexa, turn on the Jam Station.”

I remember paying £230 brand new for my Roland TR-09, looking on eBay/reverb they are going for £400/£600, won’t be long before they are worth more than the original

Im wondering weather to get the tr-06 & tr-08 before Roland stop making them and become objects of desire.

Fuck. Something is seriously wrong with my MKS-50. It responds to MIDI, but basically makes no sounds unless the patch has the noise oscillator. When I turned it on it said “check battery!” but hasn’t in subsequent power ons. Only one patch has made more than a “click” and that was a noise riser. I really hope replacing the battery is all it needs

I tried messing with patch parameters (which, dear god, fuck that noise beyond this lol) and got nowhere. I’m a little nervous about opening it up and finding a horrible mess lol (paranoia and a tendency to catastrophize is fine

It played notes a decade ago and it’s been in a closet since then. So I doubt it just lost all 6 voices sitting around. Time to put on my Not Qualified Repair Tech hat on

(tomorrow. Or next weekend. I’ll do it later… at least it’s so old it will only appreciate in value until I get around to sorting it out

Edit I did read not having a good battery can prevent the boot loader from operating correctly and result in all kinds of craziness.

Edit 2 Apparently getting to the PCB that has the battery is a bit of a pita that requires removing another board to get to it. Thanks Roland

Edit 3 Only one board, wtf were they talking about. Though it has to come out, or at least move, to desolder the battery that got my hopes up it was actually in a holder instead… poo

It has been some time since this actually happened but I sold the Tone Beast pre-amp to pay off some no-interest payment plans on other gear. It was well worth the price of admission but if I’m being totally fair I’m just not making let alone finishing enough music to justify owning tools like that. Stress reducing instruments to play around, sure. But professional polishing tools, no.

You put knobs on the front of your Mac mini?

LOL It never dawned on me that’s exactly what it looks like XD That’s my Darkglass Exponent 500 bass amp head. It is smol.