The SP-16 is quickly swinging me that way. I still need to feed it audio, but I don’t need hardware for that.

The Argon8 is on my radar as well. I’m over the analog craze but wouldn’t really want an average VA hardware synth.

Ok, so this is basically just the SP-16 and a touch of DAW…this is what your godless hardware music making religion has done to me…making filthy, dirty ghetto tech./booty house 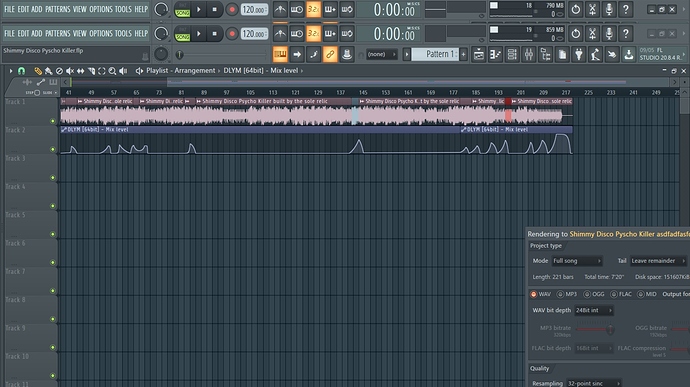 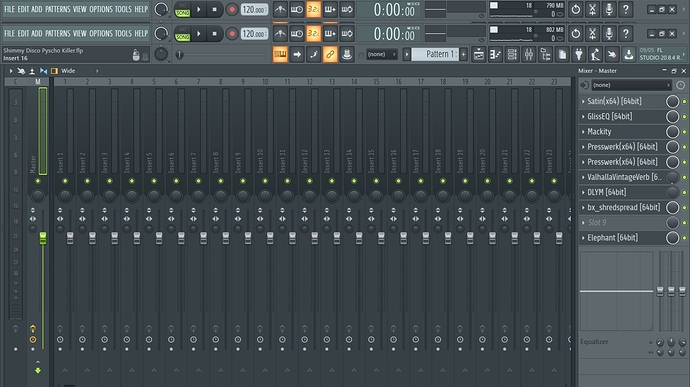 Don’t blame us for your new found happiness.
Also, how did you come to be so full of cheese?

I blame my fine taste in cheese on my friends from Europe. That’s where we Americans learn about such worldly things : ) edit: either that or its my proximity to Detroit…

I’m gonna share this with my house heads and get back to you. 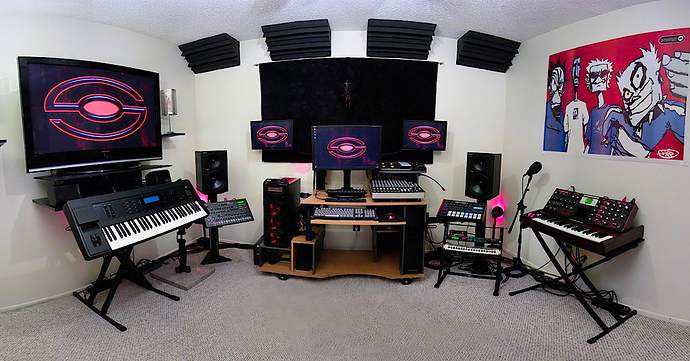 Very nice. I wish my studio was ever that uncluttered but it just isn’t who I am lol What are the instruments under the (audio) monitors?

n/m made some bad recordings I was gonna share

Share your tracks and I’ll listen. The synth under the left monitor is a Korg MS2000BR. The gear under the right monitor is a Dave Smith Tempest, Digitech TRS-24, and a 12 band vocoder.

I’m almost ashamed by how adult I’m being about gear. I’m actually happy and super productive with only one box on my desk.
Even though I’m eyeing a 2nd hand Virus TI or Argon8M as I’m really really into wavetable basses…

You should just go for the TI man. Lovely synth. I’ve had a couple actually. If I didn’t have a buying selling problem I’d still have one. They’re really a cut above anything else I’ve played. Resale value it’s a no brainer as the value will hold. Basically a no-risk purchase. As far as aesthetics go I think the TI Polar is the most well designed synth in history.

Ah it was just a 4 bar acid beat fed into my Warm Audio Tone Beast. I’ll re-record tomorrow : ) But thank you for the offer! I’ll be posting more stuff in the Listening Booth. I"ve got a fair few beats int he works.

I’ve not spent much time w the TI’s but my Virus B/Classic is really REALLY versatile.

My first 15 minutes with M8 turned me into Jeff mills, I called it test 2, I forgot to save test 1

Nice, is the m8 reverb on the snare or a sample?

Ouf. The Digitakt may not longer be a member of my studio. Besides better reverb and delay, the SP-16 does everything better + a bunch of stuff I love that the Digitakt doesn’t. Yea, yea, Elektron sequencer. The only thing I don’t have is the probability and if/then neighbor trigs but with a proper song mode who cares. 16 tracks and 16 patterns per scene, 16 scenes per project (projects load fast) and as many project/samples as the internal memory can hold (oh and also it can access all that off a USB stick and its reading 64 gigabyte USB stick just fine). Plus you can render each track of the entire arrangement of song mode to its own file. No need for any kind of real time recording. It has a send return and multiple stereo outputs if need all that. Its plug and play USB storage and doesn’t need some goofy software to load/unload files. I’ve never had stable overbridge on any Elektron device (I’m not sure they claim to support FL Studio specifically though).

I’m honestly not hating and I’m not turning in my Elektron fanboy card. If the SP-16 still cost twice as much as a DT it’d be a very different story.

I know I’ve been gushing and maybe its just New Gear Energy but I honestly think I finally found “the one.”

I’ve made three tracks since I have had the SP-16 I would absolutely jam live during a DJ set. Not perfect. But the work flow on this thing is fast and intuitive for me.

M8 reverb on the snare, you can see the reverb send rise every time the snare hits

How’s the sequencer in terms of parameter locks?
That’s the only thing I miss

Posting this in hardware as it’s been made with the MPC only.

Anyone care about the new SP-404 MKII?

Kick is hitting nicely on my Bose Soundlink and I think I’m hearing everything else clearly. I like the gritty mid-range synth and the kind of airy wuh wuh wuh wuh synth a lot. Have you ever thought about playing around with like amen breaks and stuff in your work? Maybe it is too much of a cliche’ for you and that’s fine, but you are kind of in that realm vibe-wise already. Really nice change up right around 4 mins. I guess if I have a criticism right now it would be I’d like another big energy change somewhere. Things are a bit too steady.