Today its more of this 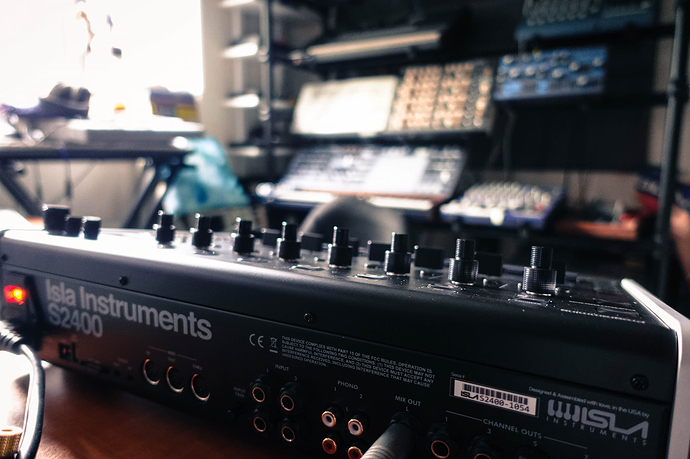 I’m really starting to enjoy writing this type of tracks, the Microfreak is perfect for it, but I wasn’t expecting that Force synths would do a nice job too.

Really enjoying the S2400, had a good session with it last night

But the polyend tracker is better

I still want a Polyend Tracker. It just looks like a lot of fun to be had for not a ton of money or space. Some questionable design decisions like the USB C and how the device is powered, iirc, but as a whole, it looks pretty great.

So, what does it do and how does it sound in your hands?

I’m serious, I knew the SP2400 heritage but I can’t understand its place in a modern world as the remake was never on my radar.

On a separate note, that is not a Live Retro coming my way with the sole purpose of being played away from my desk and in this room: 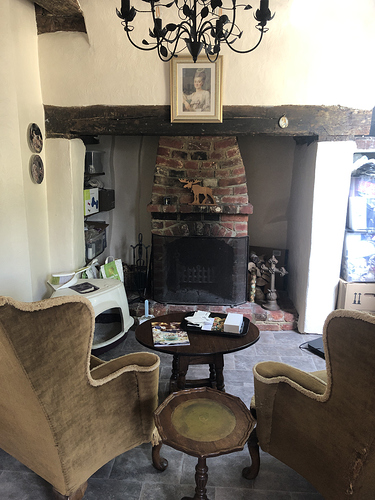 Its a sampler, 8 channel, 8 sounds per channel.

Its a modern emulation of the EMU SP1200.

Its always been popular with hip hop folk, however if you bought a lot of house music in the 90’s like i did, it does that sound.

Quite the steampunk entertainment system you have there.

I can’t wait for Autumn to light up the fireplace and sit on those chairs, assuming the cats allow me to…

Since samplers are all digital I just want all those famous flavors in an FX pedal. I can’t believe no one has done that. Or maybe its more complex than I think it would be to do that. Or maybe I just need the right bit reduction pedal.

After being on the Akai Force going back to the Live feels somehow better, I guess the layout kinda inspires a different workflow, more focussed somehow. And portability is a huge bonus, especially as those speakers hit harder that I expected.

its a combination of things happening in its chain that gives it its character, its not as simple a just saying its digital.

So I take it you got the mpc live 2 finally?

The new hone made me rethink my workspace and some stuff I was reading made me feel like I had too much in terms of gear VS my actual use.
My goal is to go down to Microfreak & Live or Force. I got the Live at a price that I can easily resell it for the same price.
But the Force has clip view, which is quite great. On the hand I have Ableton Live and a good sound card: the Live adds portability so I can start tracks anywhere in the house, track the loops as needed on the Force or on Live and finish there.
Or even better, export as Als and finish at my desk.
The important thing for me is to be able to start quickly and stay in the zone so simpler is better.

And frankly, I’m also falling in love with splice…

posted an update video saying that “only 40-50 left to go out this batch, should trickle out within the next week.”

so maybe next week I’ll get a shipping notification… and as the video continues, the “batch with the cases is on a boat that docked in Miami” and so i’m looking at probably another month for them to actually get it, build it, and ship it.

I’m absolutely blown away that getting what appears to be a pelican case is what is now delaying my S2400. Oh well, whatever. All I can do is hurry up and just wait longer.

He never even mentioned the cases being a delay issue until the July 26th video. That was the first time I recall them being mentioned at all. Unreal lol. They do ship in the case, I remember that from purchase.

People in the comments are saying this is only the first batch of 500, too, out of the three? So who the fuck knows when I’m getting it XD

It looks like I can do some interesting things with it, though, once I do get it. USB audio (as long as it’s class compliant and it should be) to a Maschine+ or now MPC, MIDI control over looping and mutes/unmutes, that could be a lot of fun…

further edits rewatching, apparently the second batch of 500 were the ones with cases? it’s what he said about it. so maybe once this boat docks and they get them, i’ll finally have it within the next month. Who knows anymore, because it’s a situation that changes every time he posts a video lol. I feel for them regarding the number of people emailing for a status. Thankfully I am not one of those people.

it’s not great. I try to be understanding of things like this, and especially with all that’s going on in the world while they tried to get this thing going and out. I feel like they bit off more than they could really chew as well, despite having other products already been made.