That is the first thing I do with a new synth, try to synthesise drum sounds, usually that gives me a good indicator of how the envelopes are.

This was a letdown initially on the Hydrasynth as the range of the envelopes seems to be quite smaller than I expected.
Until somebody on the FB group showed me that you can stack envelopes, so for example the pitch envelope range might not be much, let’s say 1 octave only, but then you stack the same envelope 3 times and all of a sudden your kick has a 3 octaves span, more than good enough for a huge initial thump.

For me most drum machines have a “that something” that makes them unique. They all tend to have a slightly different swing for example. I like have dedicated boxes just for drums (I know you can do this with a sampler as well and I certainly include those in my thoughts here). Also from a “hardware only” perspective having dedicated drum machines makes sense to me, that way I don’t have synth sounds, vox etc coming from the same box as the drums. Makes mixing easier.

Granted, you need to have more boxes to get more variety. With one good sampler you can have all the sounds you want and get all the features you need.

But I am total drum machine whore and I’ll gladly own as many as budget allows even if some of them are boxed up at times.

I love when companies are willing to go out on a limb and create a dedicated drum machine with real drum voices (Arturia, Elektron, Korg has one coming). I don’t care if they are analog, digital, FM etc.

The Arturia DrumBrute Compact (or is it impact?) seems interesting but in general I’m not much of a dedicated drum synth guy. I hardly use the drumsynth on the Force even though it sounds really good. More about sampling, layering

This is not hardware but it’s on topic on I can’t understate the impact of this software on getting me started: 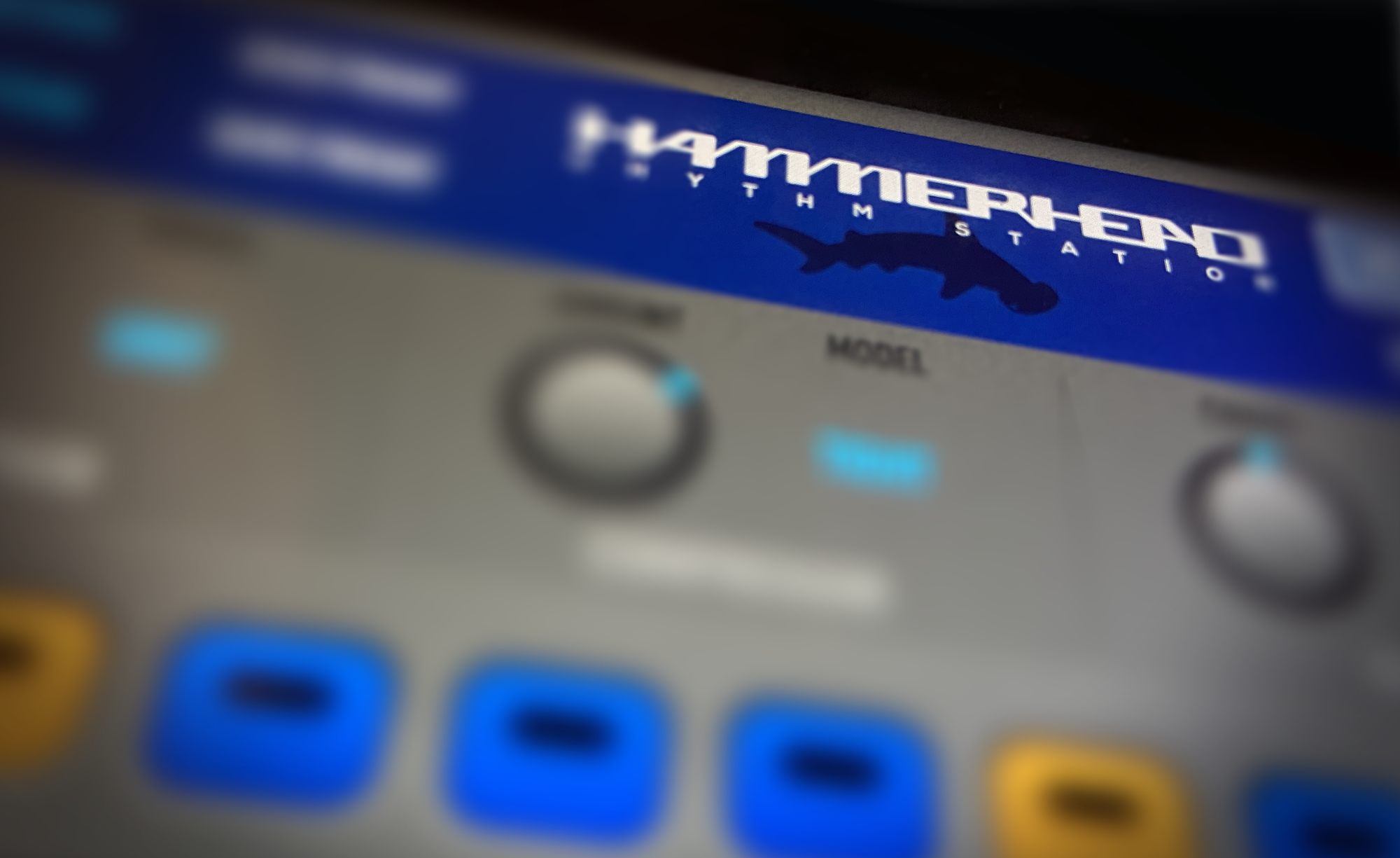 HammerHead, the classic 1997 software drum machine, seems about to get a reboot...

The year: 1997. Drum machines as software are still largely unheard of. Developer Bram Bos dives into the water early with a tool called HammerHead. And now, that legendary creation may get a second lease on life.

I defo had this installed on a PC at one point before I really got into making music at all. I just kind of fooled around with it but it might have been the first thing I tried to use besides an early cracked version of Cubase. 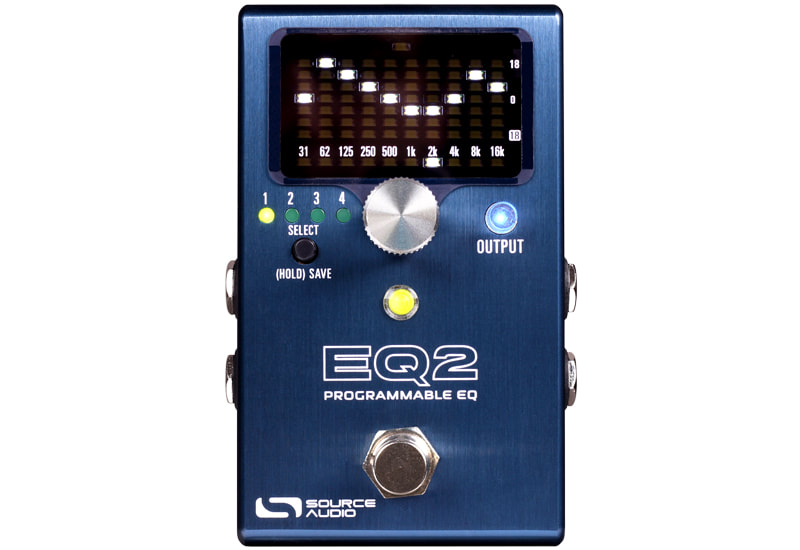 The EQ2 Programmable Equalizer is the most powerful and advanced equalizer pedal on the planet. This exceptional effects pedal builds off the legacy of its predecessor, the Source Audio Programmable EQ, a tremendously popular pedal that landed on the...

wow, can’t even remember the last time I even thought about the Fizmo. I could never sell those boards.

I must admit that despite how much I like the Hydrasynth, I’m starting to have buyer’s regret.
The synth itself is amazingly built and is pretty much unlimited in it’s possibilities, but because of that it takes time to make it sounds good, and frankly I’m not sure I have the time to invest on it, so maybe I would have been better off with something simpler.
As a contrast, my Microfreak is much more limited, but every time I turn it on, I come up with a few usable patches, which I know they’ll end up sampled with little tweaking.

Maybe I would have been better off with a Neutron or another desktop analog mono (Minibrute 2S played from the MF cv out?)

I’m still learning the HS, giving it at least one hour a day, watching tutorials and playing it by itself only, so I’m not deciding yet, but it’s odd how it makes me yearn for the Microfreak.

Presets sound amazing though, so I know it’s a user issue, maybe I’m not as good as I thought at programming synths and I bit more than I can chew…

Elektron Power Handle is out, one less thing to plug for you.

We need a full rewiring here, not sure when my landlord will arrange for that, so currently a few of our sockets are taped over to make sure we don’t use them…

o.O goodness. and sucks about the Hydrrasynth, you were really looking forward to it. It might be you just don’t gel/get along with it. that happens. Or might just need a little more time to work with it and its eccentricities.

Elektron Power Handle is out, one less thing to plug for you.

It costs that much?? They can get fukt lol they are clearly huffing something

I was a bit off, $62 USD before shipping on Elektron’s store. But they can still get fucked and they are clearly huffing old paint lol. $50 at Sweetwater.

I mean…I kinda get that in one regard AAs make more since if you are out somewhere you can’t recharge another power source. But come on…its little an aluminum tube that converts AA power…they might have well just put a battery space inside the box and charged more…

Lol at that Elektron handle. When did they release the M:S? Two years ago now? Two years R&D to deliver a 70 dollar tube that holds batteries? Geez guys. It wouldn’t have been near as bad if they had offered it on release. But to take that long to deliver what is essentially a tube is mind blowing to me. Everyone was clamoring for that battery too on release. It would have been a HUGE selling point. Now it just seems like an opportunity missed.

they won’t even spot you the first four batteries with some no brands lol. Cheap cheap cheap! XD I would find it spendy at $30 and go “Oh just Elektron being Elektron.” But a $50 battery/stand for a $300 groovebox? No, no no. No no no.

Who says it converts anything? The battery input can take 4-10V, this is just 4 AA in series for 6V being fed into it with a 5.5x2.5mm barrel jack. You can make a battery pack for this for like $5 XD

edit People are just gushing over this on Elektronauts…

Yea…I wasn’t sure if it needed converting or not…so that is 100% even more rediculous as you say.

And yea…I can’t believe almost no one is calling bullshit on this…I get its a niche product but the profit margin on these has to be insane.

Just strap any usb charger to the bottom and a converter cable, costs less and takes up less space. I assumed it also offered a way to recharge batteries but it doesn’t.

It’s a handle though, you know, it does handle stuff…