Korg showed a first of the Drumlogue, with pcm, synthesis and samples…

Korg showed a first of the Drumlogue, with pcm, synthesis and samples…

Stop it, Korg/Go home Korg, you are drunk.

This could be a really cool box.

im sayin… if they ad P-Locks like they have on the tiny but mighty volca Drum they’ll have a winner.

those P-Locks better be those “deep sequencing features” he mentions!

Yea, motion recording isn’t enough for this to really compete.

Yo Korg is on fire this year!
I guess really they have been for a few years. I wish they would replace the electribes with a proper groove box tho now!

The DrumLogue seems to have that capacity…

Hopefully, can’t wait to see more of that and the new novation circuits!

Yo Korg is on fire this year!
I guess really they have been for a few years. I wish they would replace the electribes with a proper groove box tho now!

I keep going another way than Korg with my gear purchases but I do really have to hand it to them. I want to see how close they get to a proper Electribe reboot with the Drumlogue. edit: well ok not a proper reboot but something that scratches that itch.

Drumlogue has stoked my interest, hope its a volca drum on steroids.

thought id post here not hardware related but so you can see what kind of an odd ball i am.
In the 90’s i bought alot of vinyl and some i left with the shrink wrap sealed, today any modern vinyl record i buy if it turns up shrink wrapped i dont open it, i want somebody else to open them when i’m gone.

Anyway the new “Bicep - isles” album was released today, i ordered the vinyl sometime ago off the Ninja Tune website, they sent me an email today that they have just posted it, i’m kinda disappointed as i thought it would arrive on the day of release (like you see with those dudes who order xbox games)

So i’ve sent Ninja Tune an email today complaining that i thought they would of emailed me a download code on the day of release, could they email a download code as putting a download code inside my vinyl sleeve is of no use to me as i don’t open my records.

Why don’t you open your records? Seems like a total waste to me, honestly. Frankly, people will probably not care about your music when you’re gone and especially if, hopefully, you live a very long life, as it will be very vintage by then/“old fuck music” (unless they’re your kids, maybe, but by then you’d assume they know what you like, it would not exactly come to them as a surprise).

BTW, keeping the shrink on is not a good idea - in the long run, the plastic can stick to the cover and damage it, especially if you live in a warm or humid place.

I hate it when I buy vinyl on Discogs and the guy’s telling me “still in shrink!” as a selling point. It has the exact opposite effect on me… Plus, some records are “re-shrinked” to pretend they’re new, so the seller asks for 5x what they’re worth. Nothing like buying a “new, shrink-wrapped” album and seeing finger prints or hair on the cover when you remove it… uuurgh

Fun fact: I got a Skinny Puppy vinyl yesterday and the seller put it between two old records to make sure no corners would be bent. So I have two Capitol compilations, one from February 1963 and the other from April 1964 (or the contrary). I was thinking that, in they heyday, some people would have killed to have them. Now they’re worth shit - literally became book ends. Time is a funny thing.

You had me at Skinny Puppy!

Got lucky, found this one for half the price those fuckers sell it for ($60 to be precise, which for a double album that was only pressed 1,000 copies is a good deal… especially considering how SP stuff goes for crazy prices) 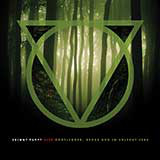 I answered that in my first line, I’m an odd ball

I’m in the same boat on that one, for more practical reasons. I have a copy of Discovery by DP, and there’s a manufacturing error on it in track 9. Just one white spot on the record where the press was contaminated or something because an otherwise perfect album has a random pop for like a minute in that song. So I’d rather buy used mint/near mint than sealed new so that I know the album runs well. Plus, the first 2 or 3 plays of an album are actually hardest on your needle IIRC, and I spent close to 200 bucks on my needle so I want that thing to last. Which is to say I’m going to thoroughly clean any record I get before I play it for the first time, old or new.

Bringing affordable tools to people who don’t care to spend astronomical prices for vintage synths and gatekeeping a generation out of the joy of synthesizers.