I don’t own any Pittsburgh modules, however it was the first pittsburgh foundation that got me into Eurorack about 8/9 years ago i guess, i lose track of time.

I’m guessing you don’t own any eurorack…

Basically Pittsburgh announced the foundation and i had GAS, however just before i pulled the trigger on it i did a u-turn and bought a Doepfer 9u empty case instead.
The problem i foreseen with the foundation which turned out to be true is theres no room for expansion and theres a lot of gorgeous eurorack modules outhere, if you think your just going to use the foundation alone and not expand then your a braver man than me.

Well, as you guessed, no I don’t own any eurorack stuff.

There is always the new foundations 4…it would be more pricey but has a half case of empty, ready-to-use space. Hmmmmph.

(here’s a home made modular related joke thing I made)

HEY GUYS, I WORK AT MAKE NOISE AND I JUST GOT EMPLOYEE OF THE MONTH. 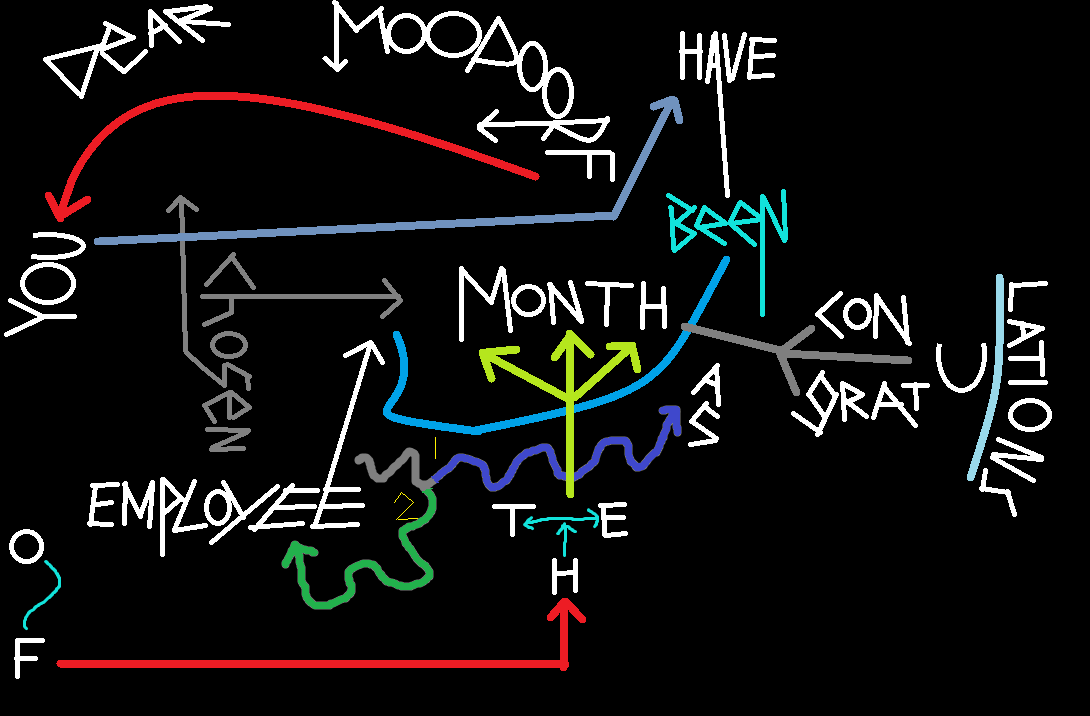 Why not just buy an empty case.

Then you can put exactly what you want in it,

i know its scary jumping in the water for the first time but its actually nice in there,

you only need about two modules, then instinct will tell you what module you need next.

PS i personally think the worst mistake people make when getting into eurorack, is they instinctly want to make a traditional voice when theres more to eurorack than subtractive synthesis.those type who bang on about filters all the time and buy loads of them only to find once you untap eurorack the last thing you look for is a filter.

Ive not done Eurorack but I would absolutely not even bother trying to build a traditional subtractive synth. All kinds of inexpensive good sound analogs on the market these days.

For me the only really intimidating part of potentially getting into modular is the knowledge you need to have to know which modules are going to be compatible with your case’s power supply, and knowing how to not choose/plug in the wrong ones and fry them. That and of course spending wayyyyy too much money.

Also, I don’t even know where I’d start with the selection of modules, it’s insane how many there are and everyone on the internet has a different opinion on the best ones. I want to just buy the Foundations 4 and go from there seeing as how it seems to be a nice starting point and PM has a good reputation for customer service (supposedly).

To do something like this it’s going to cost you but one could definitely make a similar but less capable setup for far less than I put into it. Unfortunately keeping this setup didn’t make financial sense, especially in these crazy times. But I had a shit ton of fun putting it together, learning about modular and jamming on the system for a while.

There isn’t too much straight up “here’s what you need” type guides out there. I found most people I would ask to often times give me the “only you can decide what you need” answer when I’d ask specific build questions. So, I made a guide of my own. First half is a complete walkthrough, second half is a totally live in the moment jam. Hopefully you can find this useful and not just spam…

Side note: I really wish someone would make a groovebox that operates this way. I don’t think it would be that tough conceptually. They could charge half the price I paid for the above and still make a killing.

I’m so sick of seeing people post modular videos on YT of them tweaking some pointless sputtering sound and recording it on their phone.

I should have mentioned earlier, I did download VCV rack to mess around on them to get an idea of what I want. I really have only two concepts for a modular synth:

I found vcv rack to be cool and somewhat useful but only really started getting a grasp on things once I got my hands on some modules.

Regarding your glitch rack have a look at this website. They aren’t producing modules anymore and much of their inventory is sold out. But with the robust secondhand community finding some of these shouldn’t be too hard if you wanted. There’s a couple pre built systems on here you could look at and google videos of.

Anyway, best of luck to you and your quest…

Oh and also this stuff is really legit too. Not eurorack but very cool and way more cost effective. Pretty sure the eurorack designers are going to be porting their stuff to this format too as it grows in popularity. Awesome way to get your feet wet at a fraction of the cost…

Great video there RFJ, some great tight 4 to the floor action.

thats easy i had the same thought 9 years ago…

Buy a Doepfer case, everything works in them.

Ive watched people for years talking about compatibility issues on forums, but i hardly took any notice because I’ve never had a problem with the masses of modules i own because i got the foundations right from day 1, a Doepfer case.

i currently own 4 Doepfer cases, 2 x 9U, 1 Monster case, 1 Monster Base and an 6U Ikea Rast i made myself which of course i fitted a Doepfer power supply.

I know I’ve posted this many times but i love how random it was, i unboxed Qu-bit Chord hooked it up to a few modules and just left it generate on it own, i never touched the patch for days and it just spat out sweet music.

Automageddon: age 41; I replaced most of my cables with balanced cables.
The silence is deafening.

After some soul-searching and number crunching I decided to instead buy the SV-1b instead of a foundations. I just placed an order through the PM themselves since they’re already sold out everywhere else I could find. I really hope it gets here within a month since my buddy is coming out from NYC in August and we spend the entire time jamming since I only see him 2-3 days a year.

Thank you very much canecreek and RFJ for your thoughtful replies to my modcurious questions.

I’ve got a birthday this week and one of my buddies has forewarned me he purchased me a eurorack module, a tip-top “one”.

He saw the datach’i and Chris Carter videos demoing it and was like… that is very chase. I’m appreciative and also somewhat annoyed.

I’ve been fighting this for years, but… here we go.

I’m certain there is a nifty case in my future. I’m going to need to let go of some rack gear.

This is exactly why modular is such a black hole and pain in the wallet/ass - you can’t just get one thing in most cases, you need power and other modules to make it truly useful (or synths that can provide things like CV, in/out and ADSR). Welcome to the grind.

Nobody has just one module, lol.

I’m going to be blowing my synth money on home theater hardware and videogames over the next few months. Does that count?

Despite my jokiness about Make Noise’s interfaces being…counter intuitive, I’m really into what I’m hearing from the 0 coast. First I was put off by the lack of a proper filter, but now that I “get” it’s appeal more and how it’s so different I think I’m going to buy one. I like the idea of having two self-contained semi-modulars that can be joined via cv to make a “larger” synth.

Best of all, it does cat noises

Well, here are some videos I made with the 0-coast
Playlist:

I think this patch and the one I call Math Lab are the more interesting:

Somehow I never managed to integrate it with my workflow, it was a beautiful looking desktop unit which would get lots of love, but as an individual item. I think today I would appreciate it more.