I think today I would appreciate it more.

Don’t have it anymore…?

No, sold it a while ago, I don’t like keeping gear that I can’t make work in my setup.
The interface is difficult to understand at the beginning, but it will click my suggestion would be to get some stack cables, they really open up patching and add so many great options.

EDIT: Well then…I can’t find any place online that has 0 Coast’s in stock in new condition.

EDIT part deux: I scoured about 15-20 sites but I finally found one.

Motivation for me to repair my Novation BassStation (orig) to sell it and a few bits of rack gear that I’m not using.

The module in question is a sample player that receives CV for sample selection, tuning and sample playback length. I’ve got my eye on a buffer repeater and a trigger able random modulator. I’m shooting for a drum glitch box, eventually I’d like to have 4 channels of sampler, and a FM based kick and snare modules. I’ll likely go boutique for the “meat and potatoes” and Behringer for the utility stuff (VCA’s mixers, mults etc)

Fortunately I’m still really only interested in sequencing it w Ableton/Max4Live so I won’t need to go down the multi channel sequencer route, that’ll keep costs down.

Now that you mention M4L I keep thinking about trying to learn it to do something wacky, I like programming with visual languages and I like making music, worse case scenario I merge my main hobbies into a monster mega hobby that consumes all my free time…

I keep finding that with Max4Live i dont have to build anything. Which is good because im fucking daft w that type of thing and it would take me eons. To the point that I’d forget my original idea because it took so long.

Whenever I consider a function I’d like to employ I head on over to maxforlive.com and do a search. 99% of the time I find a free or cheap solution. Mainly what I am after is midi data probability type devices or CC randimizers that allow me to take a say… dense percussion sequence and thin it out, I’ll resample the midi sequences and arrange with the new midi files.

Its actually sort of what I am after with this modular concept.

@RFJ and suggestions on happy accidents modular/eurorack for Chase? 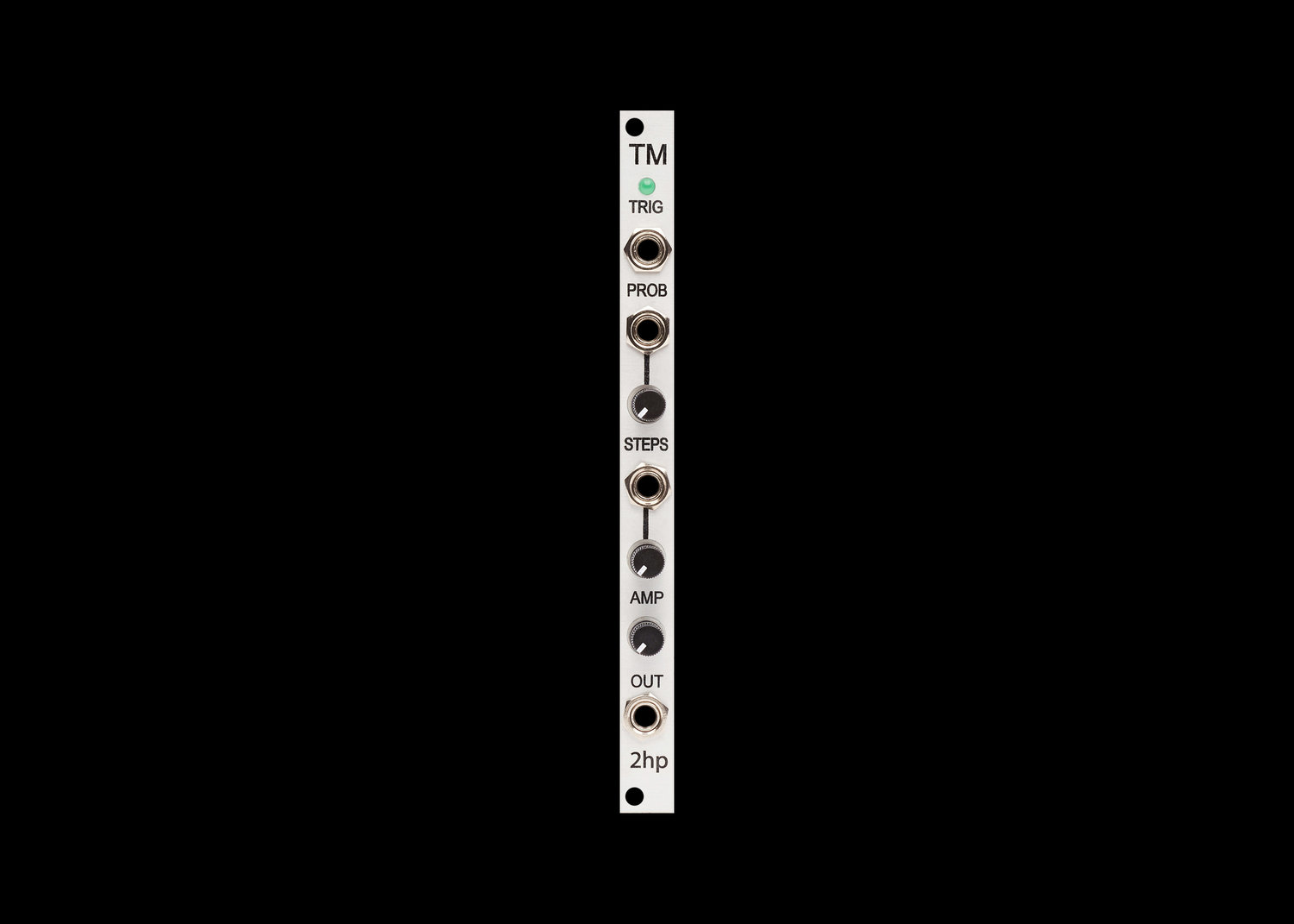 TM is a probabilistic random sequence generator based on the research of Alan Turing. His Turing machine was a mathematical model of computation that could, in theory, create any output based on a set of instructions and input variables. In a similar...

definitely on the short list. and economical on case space.

The first ever module in my plan was a trigger riot, 100 plus modules later and i still haven’t got one

As for Happy accidents its probably not as much the modules as the way you patch it.

However id avoid buying modules to build a traditional subtractive voice, like whats the point in that we already have that in our other hardware synths.

ive got a fuck ton of subtractive voices already!

the plan is a sample playback chaos machine.

Ope! got a dubby house tune in the works on the Samples. What a great little sketch pad. (yes yes yes, fuck you I have no new gear to talk about).

What attracts me instead is the creating and tinkering, I mostly use Live just for the final mixing and to edit the final structure of my tracks, but I like the idea of trying a visual scripting language to make music stuff.
I just need to find the time to get started…

The SV-1b arrived today. I’ve played around with it for about 3 hours.

) the waves themselves have a nice harmonic content. The 2 oscillators by themselves don’t make particularly meaty bass sounds, but add the sub oscillators (there are two at one octave below & two octaves below) and you’re good. The filter is also very rich although it does not self-oscillate.

Given the very robust amount of modulations possible I’ve probably not scratched the surface of the sounds it’s capable of. I’m going to hang onto it.

I must be the only person on the planet who dislikes their filter to self oscillate, sword in the heart from a sine wave, tacky sound to my ears.

I like the sound, but I don’t want to be forced into using it. Although, don’t self oscillating filters only do that at really extreme settings?

I don’t particularly like screeching self-resonance, but very much enjoy turning off the oscs and using the keyboard tracking to “play” the filter.

those filters where you only get to 7 o clock and this horrible sine wave is screeching in your ears, the AMS-synths Snowfall spring to mind just horrible.