These two replies are exactly why I lean on hardware synths/recording gear these days.

Not that buying hardware–esp vintage stuff–isn’t without it’s own problems.

Yes, nothing wrong with UAD plugins they are superb, however like you’ve explained there your buying plugins off them under the impression you own them and your dilemma actually proves their not really yours to sell how you see fit, they are the gate keeper and thats final.

Once i finally get another machine to replace my Mac Pro 3.1 ill keep it and probably leave the quad card inside it just so i can open old projects, but any future system i build will certainly be without UAD unless the impossible happens and they decide to go native.

I gave away my two UAD-1 PCI cards to a friend for free.

I have one UAD-1 PCIe in a drawer, which has never powered a single plugin.

A Quad in my Mac Pro that i deliberately try not to use so i don’t get dependent on it.

£2380 worth of useless cards, i could of had a Hardware shadow Hill mastering compressor sat in my studio which would of out lived me.

and dot even get me started on the TC powercore which i must of threw at least £4000 at.

Does anyone know why the Novation Impulse is so expensive? I’m pretty sure I can get an actual synth for that price. 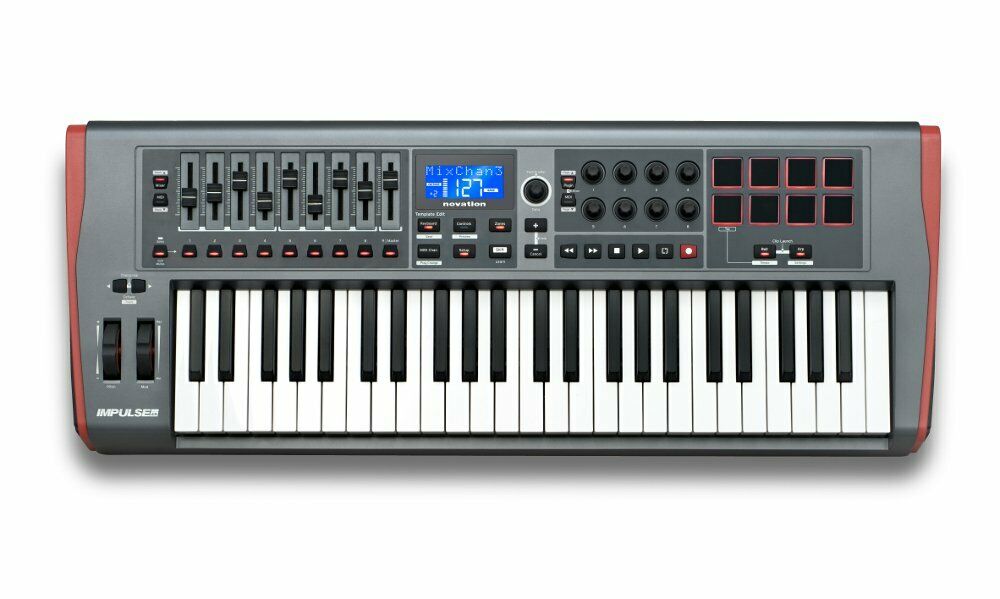 I don’t see how the DSP cards are a sensible route, particularly nowadays, unless it’s for some exclusive plug-ins. How though, are they really worth it? There are so many good quality alternatives around without the £$€ hardware requirements.

there are 49 key controllers more expensive than the Impulse 49’s $300 USD. Are you located somewhere that this thing is significantly more expensive?

I sort of got roped into UAD. I had a friend I was touring with (he’s a front of house livesound guy) upgrade the one he was using for the tour we were on and offered his old one up for a really good deal. It was only then that I thought to expand w more horsepower.

I’m working on a record for clients currently and the track counts are REALLY high (I didn’t track it, it was handed off to me. I’m in the “sort this out and mix it stage”) so the additional processing goes a long way.

That said, there will be a time that I’ll not be able to upgrade this computer any further and at that point this rig will just be what it is. I’m ok with that, so I figured I’d beef it up as much as I can.

back in 2004 when i first got DSP cards they were actually a good idea as CPU’s were pretty crap thus they took the burden, however today they really are just a ball and chain.

If you look at the time line of my post and the fact Mac Pro cheese graters were very popular in 2008 it now looks quite obvious to me that UA deliberately didn’t fix the UAD-1 PCIe in the timely fashion they should of in-order to sell UAD-2’s.

Because i bought the BAX EQ from Plugin Alliance they sent me a $20 off voucher, so I’ve just purchased their SSL 4000e channel strip for £30.37

I can see the rationale there

I’m mulling over the idea of buying a Pittsburgh Modular Foundations synth. I was originally considering the SV-1 blackbox but I’m at a point in my life where I have a little extra money and in the near future I’m not going to be able to splurge on anything. So…fuck it why not?

I was debating on the Foundations 3 since I can find it for $500-$600 cheaper than the current (4) model. I can also find it as new old stock at a website, so it wouldn’t even be in used condition.

I think I would have to sell my P08 to cover some of the price. I probably wouldn’t miss it at this point because I have my Matrix 6 and DW-8000 which would fill the gap it would leave in my setup.

Anyone got any PM stuff? opinions? I had a System 10 but sold it, which I sort of regret since it was a pretty cool synth.

Mostly concerned with making house and techno. Any sub $300 sound making devices or essential FXs I’m missing out on? I have a Monostation, Model: Samples and iPad. I sketch songs on my gear and finish in DAW. I know there is some cool, inexpensive stuff these days but I’ve not been paying attention. No MIDI controllers.

This looks like a really cool little hardware FX box and a bonus synth voice when you need it.

Build it, tweak it, connect it; a world of synthesis at your fingertips!

At first glance that might actually be nice little multi-spice device for my setup. Great eye! Thank you. edit: also for 99USD? WTF.

And some programmers already release some cool things for it, from reverbs to actual groovebox

Second hand circuit or maybe model: FM or whatever the other one is called. Either would be minimal learning curve.

The model FM is on my list for sure circuit might be interesting as well, either would match up nicely as I’ve got their sibling already

I’m well impressed by the Digitakt. It doesn’t feel like something I play but something I carefully program and I’m really fine with it.
I feel I wrote the above already…

I’m well impressed by the Digitakt. It doesn’t feel like something I play but something I carefully program and I’m really fine with it.
I feel I wrote the above already…

That’s pretty much how all the Elektrons feel to me. Some people seem to manage to play them live. I found them best for tweaking and programming variations on a loop. Despite having a sampler I’d really love to add a Digitakt to my collection.

Anyone here anything about the Behringer TB 303 clone? It has a really nice price tag as well.