The Force feels like it could get there but only if Akai gets the head out of their ass and deliver on it.

I feel like at this point no one is doing it because they don’t want us to be satisfied. adjusts tinfoil hat

Agreed. The form factor of the Force just kills it for me though. And yes, I know, I’m being super picky now. Had one for a bit as you know. Enjoyed playing it for a while but damn was it ugly. Like this behemoth piece on the desk sitting there shaming me because it knew it’s was bigger than mine.

Found an Akai Force in The Last Of Us II… 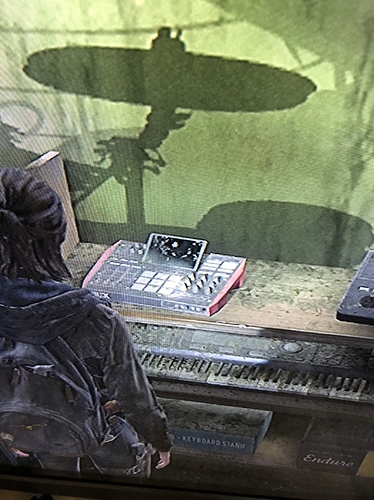 That is way closer to an MPC-X… even has an “X” in whatever the model name of it is, in the same spot

Too bad I don’t have or want a PS4

I actually meant X…
It’s a good game so far

Meanwhile on Facebook Thomann is appealing to my inner satanist… 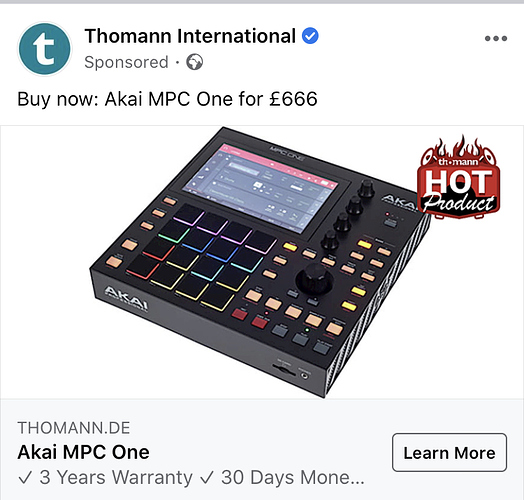 Are we doing synths in video games now? 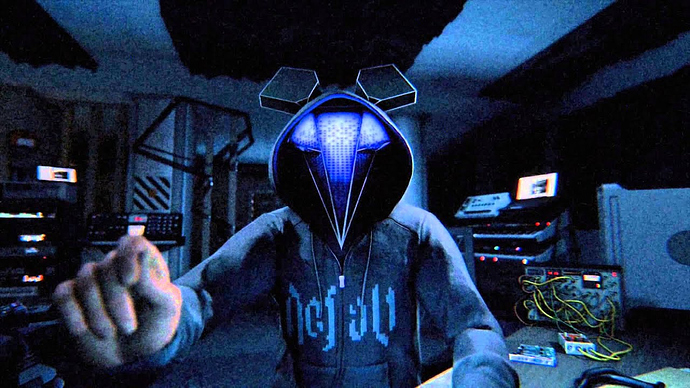 Ok, price is now £677, they can fuck right off, I won’t buy any of this non-satanist shit!

As a side note, if I didn’t have the Force, the One would be high on my list.

i know this is the hardware thread, shoot me

And here I am using what’s essentially a low-end smartphone stuffed into a bespoke MIDI controller/audio interface with a built-in screen, custom Linux OS, and a bunch of plugin FX to go with three plugin synths and a sampler. The modern MPC is a fancy and bulky computer

So this mastering in the box or use real hardware lark.

after doing some re-search it would appear the Dangerous music BAX EQ is the must have EQ in mastering studios today.
Anyway UAD have an emulation made by brainwork and all the reviews claim its nailed the hardware (EQs are easier to model as its all about the curves), i have a UAD Quad card but not bought a UAD plugin in years as I’m no longer a fanboy of their $hit system, So out of curiosity i went over to my UAD account and the BAX is on sale for £129 reduced from £189, very tempting as I’m getting very serious about releasing tracks.
The fact the UAD plugin is made by Brainwork i visited the brainwork plugin alliance website and theres the native version of the BAX EQ on sale for $39

, I’m currently using the 14 day trial and the track I’m using it on its adding that 2% different to the bottom end that i was after, i think I’m going to be parting with $39 here, i guess paying £2700 for the real hardware is serious diminishing returns.

What issues do you have w the $hit system? I’m having some headaches of my own.

Brainworx stuff is really, really good. Plugin alliance regularly discount and have some good renting deals. Use it a lot.

Seen Phil’s Cascade? Elysia made a one-off hardware unit then emulated it as a plugin. Really interesting approach. Great plugin too!

elysia Phil's Cascade is a plugin based on a one-off prototype hardware, which was built exclusively to be modeled! Esoteric components from the last century!

I’ll try and keep this as short as i can.

In 2008 i decided to jump over to Mac, bought a Mac Pro but Mac Pros didn’t support PCI only PCIe, so i bought a UAD-1 PCIe card for £380, only to find out UAD-1 PCIe cards were having big issues with Mac Pros back then and they wouldn’t work. So i’m sat there with £1180 worth of cards yet can’t run any plugins.

Months went by and UA still hadn’t fixed the PCIe incompatible issues however they then announced the UAD-2,
So i bought a UAD-2 Quad for approx £1200, shortly after they fixed the PCIe issues with the UAD-1 which just ended up sat in my drawer where it still is today, what a waste of £380.

One day my Quad just stopped working, as i live in the UK it ended up being weeks of phone calls to UA in California fault finding, they eventually told me to send it back to the distributer and get a replacement seems i was still under warranty. It was then i was thinking just how vulnerable my set-up was, my projects relying on this card and what happens if it breaks again and my warranty has ran out.
It was at this time i decided to keep using my Quad card and the plugins but not invest in anymore new plugins.

In 2004 i also purchased a TC Powercore firewire and as we all know that system wasn’t a happy ending either.

So today i still have my Quad card and plugins in my Mac Pro, but what happens when i get rid of my Mac Pro?

Do i have to buy into another UA dongle system in-order to use the plugins i own? well the answer is yes i’ll have to buy an apollo or whatever $hite they are pushing at that time.

No thank you, i’ll keep using the Quad in the system i have but when its time UA will have to go.

UA plugins are good but so are Native plugins.

Another thing that really turned me against UA was they released the “4K Buss compressor” which is a SSL emulation but wasn’t endorsed by SSL, later the came up with an agreement with SLL to endorse the plugin, so they released the plugin again which was exactly the same but had a SSL logo on the GUI and wanted me to pay $50 upgrade fee, $50 for a SSL logo believe me they received some filthy emails from me, that was the point they went from a good company to a greedy company.

I see people on forums thinking of getting into UAD and i genuinely feel sorry for them, they don’t realise what they are tying themselves into down the road.

as you know i’m a Mac Tower 5.1 user, and I’m using a Silverface Apollo Quad FW as my IO.

I recently purchased a PCIe quad card to expand my DSP, as I have some clients that are… lets say, less frugal with the ole track count as I am. Part of the deal w the Quad card (as i bought it from an associate) was that I was going to cherry pick his plugins list as a “bonus” for buying his, vs going w a new one as in certain regards I’m helping him out as well. Its a deal we struck.

Heres the kicker. UA doesn’t want to allow him to transfer just the “precision mix” fx to me. They’re trying to tell him that his plugins are locked to his current “system” and he cannot split them up between two systems. Its pretty fucking annoying and its costing him time he doesn’t have fighting w them costing me time NOT having that card installed. I’m still waiting back on a solution…

All of this said, I was curious because I’m a big fan of the devices and their plugins. To the point that once this is solved, I’ll likely upgrade my Mac OS to the highest I can w this configuration and leave it as a system to never be updated again because lets face it, 12 cores, 32gb RAM and 8 DSP chips is a fuckton of horsepower. It’s, in my mind, the DAW equivalent of having a vintage tape machine and console… or something.

I can buy a mac mini or keep a laptop up to date for new additions as support dries up for this system, lord knows that I’ve got enough audio and midi interfaces to make a good “handshake” between a composition machine and the recording comp (im a bit of an electronics hoarder).

Sorry to hear your issues w them, and thanks for detailing them I was concerned I was going down a dead end of a path. If i get locked into this system how I think I might be, and you opt to ditch the platform shoot me a DM, it could be mutually beneficial. Obviously, no pressure there!