Previously I’d only seen up to season 4. While re-watching I shamelessly admit I sometimes watched a few eps several times before going on to the next. It could be a while between watchings, and occasionally I’d lose my place but was quite happy to just look at the moving art again so didn’t really care.

Distinct style and visually great for the most part. Some of the alien planets look fantastic. Some are a bit drab but hey ho.

Overall, this is so much better than any of the prequels and most of the stuff since Force Awakens & Rogue One.

Seasons 1-4: jolly good. You’ve got some standard actiony eps but it gets steadily darker and once they introduce Domino Squad you’ve got some clone characters you’re really rooting for. Unfortunately the thing about dominoes of course… But still, they’re great and the writers sensibly focused on some characters that don’t have plot immunity. Anakin, Ob-Wan et all are there and prominent most of the time but there’s enough focus on these guys you start to really care for them, despite the increasing sense of doom regarding their inevitable future.

The writers aren’t afraid to bin the good guys for extended plot arcs either. You’ll have between 4-6 eps here and there where there are no ‘good guys’ and its all about the nefarious goings on between the Sith and other factions. Hondo is a great character, you can never quite tell which way he will bounce. Mother Talzin and the Nightsisters are great fun too.

And the last few eps of season 4 when a prominent baddy returns… oh my.

Season 5 is a mixed bag. There are 8 eps of rubbish. Two 4-episode plot arcs, the first of which involves Jedi younglings and is tedious except for the Wookie Jdi. Wookie Jedis are awesome. With his wooden lightsaber

Brilliant. The rest of the stuff in that plot arc not so much. The second arc revolves around a droid squad on a secret mission and its tedious beyond belief. I recognized their leader’s voice from WoW and sure enough he was the dungeon voice I thought it was. I mentally nerd-patted myself on the back for that one. But meh to nearly everything involving D-Squad.

The rest of season 5 though is storming, especially as we get into the closing episodes. Its a shame about those 8, but I think I know why they exist. Most of Clone Wars is pretty brutal. The only thing missing is blood spatter and severed limbs bleeding everywhere. Apparently at the time Nickelodeon were not happy because it didn’t fit how they positioned their product for their target audience. I think (but have no actual knowledge of what happened) that the makers tried to appease them a bit by throwing in a few kiddy-friendly episodes. I know, I know, its a cartoon. I suspect they did the few eps to appease Nickelodeon, got cancelled anyway, then went back to what they were doing afterwards. Because oh boy this TV series was brutal. High bodycount, action with actual consequences and some great characters along the way that were great because they didn’t care who they shat on to get what they wanted. Not the usual kiddy-fare.

So when season 6 got made there was no kowtowing to kiddification. Off to a rocking start with some great conspiracy theory style episodes where one of the clones cottons on to Order 66 and tries to investigate it, with the Sith and their minions arrayed against him and the Jedi not believing him at all. The season finishes with some great Yoda episodes. Proper Jedi shizzle and a stormingly good lightsaber battle between Yoda and Darth Sidious.

Some of the space battles in this TV series are proper epic, the ground battles too. Mandalorians show up and some great air battles ensue.

Jar Jar shows up in a few episodes and he’s not completely hateful. I was rather shocked at this. Its still Ahmed Best doing the voice so I guess it wasn’t his fault despite the hate he got.

As usual with a TV series there’s some filler and tedium if they focus on a character or mini plot arc I find dull but fortunately these are the exception. Most of the Mandalore stuff is interesting but not amazing. However the story where the clones are given a new general and are getting chewn up on an alien planet is great - scary too because so many real life wars have troops getting used up because of idiot generals. The frustration at the idiocy of it all is too palpable.

The introduction of young Boba Fett is really well done. Tarkin is just as much of a dick as you’d expect but well played and everything he does is pretty logical. From a certain point of view.

My favourite character though is Ahsoka, with maybe Asajj Ventress a close second though its a tough call between her and a few of the others.

If you haven’t already you might give SW Rebels a try - I liked both Clone Wars and Rebels and think both had some really cool episodes and characters, but Rebels has… well I shouldn’t spoil it I guess but it’s blue

Hehe Rebels is on my ‘soon’ list. I saw a few eps when it was first on.

For halloween I binged both seasons of “Tim and Eric’s Bedtime Stories”. Fucking hilarious (if you like their style of anti-humor).

Stumbled upon it on netflix… 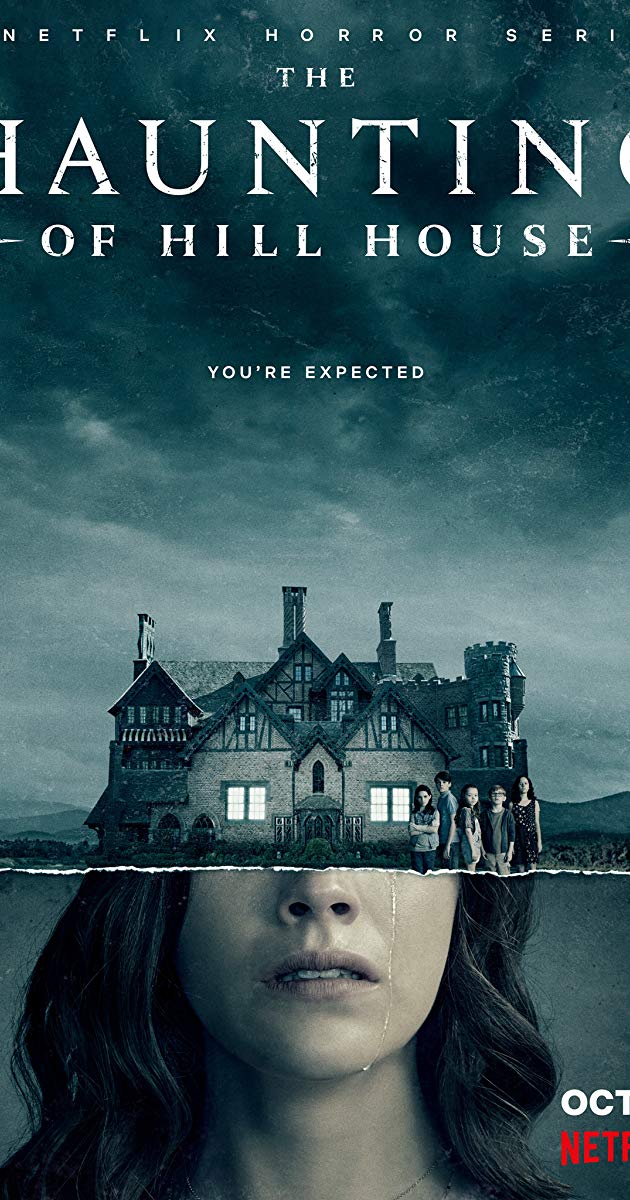 Created by Mike Flanagan. With Henry Thomas, Oliver Jackson-Cohen, Kate Siegel, Victoria Pedretti. Flashing between past and present, a fractured family confronts haunting memories of their old home and the terrifying events that drove them from it.

Pretty damn good actually, not without it flaws… but manage to make up for it.

Do not watch The Boys season 2 trailer if you’ve not seen all of season 1 yet.

In other news, cinema deserves to die. Its time is over.

I’d love to see a TV series of Xcom.

Made it about halfway through Altered Carbon so far.

Pretty good actually, for kind of being like 50 Shades of Blade Runner.

That being said, give me enough tits and neon future cities and I’ll watch anything.

season 4 of the expanse dec.13! rewatched 1-3 and was quickly reminded how good this is.
season 4 of the man in the high castle is out now.i do recommend this if your a philip k. dick fan.
a new season of the boys is in the works…fricken hilarious.
also happy! this is a must see!

Avoid the new Expanse trailer. Its probably about as much of a spoiler as something can be without actually being on the back of a car.

Just finished Black Summer on Netflix which I totally didn’t even know existed until recently, which led to a rebinge of Z Nation (miles better than The Walking Dead, fight me). Also started watching Fresh Off the Boat which lead to watching Eddie Huang’s, Huang’s World show (very much in the vein of Bourdain’s No Reservations). Also Vice Principles is fucking hilarious.

Mr Robot season 4 is a good return to form. Well for me season 3 was pretty good too. Season too got a little convulted in my opinion. The Mandalorian is pretty good too, and I’m not like a star wars nut or anything

First 2 eps of The Mandalorian are clearly made with so much love. Judge Dredd meets Star Wars. Nick Nolte never looked so good.

Better Star Wars than the last 2 films by a long way.

I’ve watched first 3 eps of Final Space season 2. So far, its just as ridiculous and fun as the first.

I’ve watched all 3 eps of the Mandalorian so far twice, don’t think I’ve ever done that before even with TV series I really like. Shaping up to be at least as good as Clone Wars and the background detail is great. There’s reviewers whining about the helmet staying on… just lol. I’m expecting the kid to be a clone, but who knows

Mandalorian ep 4 has one of the best of those things ever. Can’t say much more without spoilers but it has red eyes so this means nothing but when you see it you’ll know what I mean

Watched another season of Veep. Fuck that show is hilarious.

I nerded so hard.