Show your partner The Expanse? She might change her mind

Tried it. She didn’t like it. I love it though. I need to go back. I’m only like through most of season 1. She doesn’t do outer space and/or aliens.

Two eps in, please let them keep the quality up.

Wandavision clearly setting up something from the comics that the ink-purists have been screaming about.

Finally getting around to watching Agents of SHIELD S7 and wish I’d done it before as its way better than I was expecting. 4 eps in, chuckling lots and enjoying the cheapo sci-fi romp.

One of the best things I’ve seen. Art/animation is so-so for these days but the story and voice acting is great. LOTS of sci-fi guys doing bits here. Loved some stuff from the soundtrack and was completely surprised the last sonic of S1 was one of my fave tracks. 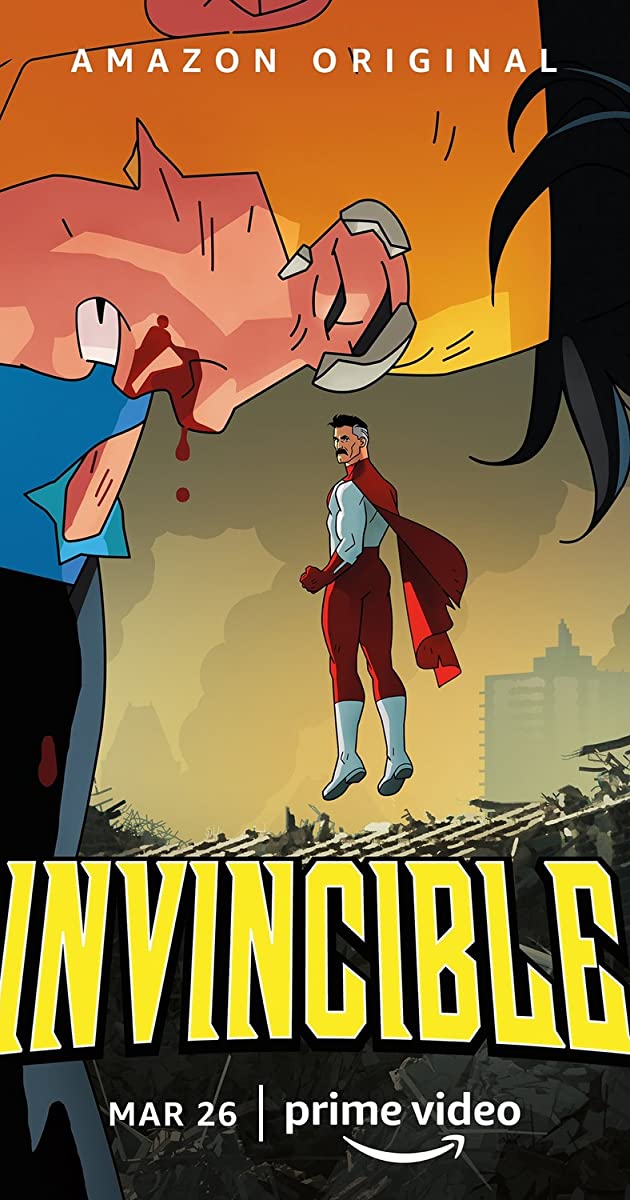 Created by Robert Kirkman, Robert Kirkman, Ryan Ottley. With Steven Yeun, J.K. Simmons, Sandra Oh, Zazie Beetz. An adult animated series based on the Skybound/Image comic about a teenager whose father is the most powerful superhero on the planet.

J.K. Rowling I mean Simmons was utterly great. Shocker to nobody ever.

Good to know, will check it!

Gutted to say Bad Batch ep 2 is fucking terrible. I mean proper wtf why did you even make this episode. I get they’re trying to set up stuff for things to come and drop in some hooks but that is just some plain terrible storytelling.

Possibly I’ll think better of it on second watch or in context of the whole story but meh to dropping this shit on the world.

OK, can confirm it was brutal. Couldn’t say what I really think without spoilers but yes, people should watch it. Impressive work in many ways.

Kurtwood Smith turning up in ep 4 of Jupiter’s Legacy. Much wootage.

The whole thing so far is a bit soapy for me but still fun.

Very interested to see what they do with this.

First off: This is not a re-cut/director’s cut of what they filmed. They did extra stuff that was never intended to be in the theatrical release. You can tell that some of the additions were intended for subsequent films that didn’t and won’t happen. That’s ok, but to lambast Wheedon for the theatrical cut is nonsense. There is a lot of the hate given by the fanbois to Wheedon but if they pay attention the jokey stuff they whined about are still here.

I hate the 4:3 aspect ratio with a passion. Fuck right off Snyder. We moved on from this decades ago and its just pure shit.

This is some very poor storytelling. Making too many hours out of something a good storyteller would have cut accordingly. So its good for fan service but not really for anyone else. That said, its enjoyable so long as you take regular breaks.

Very nice of Steppenwolf to explain everything every half hour for anyone that can’t keep up with the plot. Seriously, you can almost set your clocks by his exposition breaks for a running update on happenings. He’s like a CGI “Previously, on Justice League…”

The epilogue is a bit meh. Jared Leto is shit in the DCEU, no getting around it.

This is a turgid, over-long piece of fan service. Very much like the Hobbit trilogy in that they are bad films if you look at them as films, but if you regard them as something the fans just want to binge out on they’re ok. You can immerse yourself in the setting and just brain-off for a few hours.

Not great, not classic but also not terrible. I was pleasantly surprised by a lot of it. Usual ropey DCEU CGI. Henry Cavill is defo the best supe since Chris Reeves.

Too much damsel in distress is no good…

Don’t trust her, she’s a Cylon.

The wife and I are enjoying that new season of Black Summer. Brutal zombie show.

I really hope the Alien series that’s in the works is good but the rumors I’ve heard about the setting are not promising… I do think there’s killer potential for a high budget series style in the Alien universe though.