Earth’s cheapest TV heroes team up to fight some inexplicable overly-complex McGuffin. Blank-faced with hair saturated in so much product it wouldn’t move in a hurricane, they battle fuzzily-drawn CGI enemies and have long emo talks. For superheroes these guys sure are whiny. You know the real hardasses because they whisper at each other threateningly and whine slightly less.

This was shown in the US about 4 months ago and for no reason I could figure out it didn’t get shown over here until now. This means that each plot strand that led each of the various heroes here has been long since forgotten and when it gets about 5 seconds each of plot catchup I was like WTF. Intersperse this with new things that have supposedly happened afterthe last ep of each I was left confused and trying to make head or tail of what was going on, or wondering if I’d missed some episodes.

Basically its a mess but it was nice to see Burt Ward, Wil Weaton, Griffin Newman and Robert Wuhl in small cameos.

I concur! That bit with the holy hand grenade of Antioch,vanquishing the Rabbit of Caerbannog is my personal favorite.
Now go away or i will taunt you another time!
True history indeed!

Finished watching Picard - had some weaknesses and I somehow hoped for something a bit different, but it had some really good moments and I really enjoyed how they reintroduced some of the old characters. So overall ok I would say.

Vikings is a good one.

Eps 1-4… tremendous. Nothing but love.

Westworld is getting fucking weird.

Vikings is a good one.

Well that’s an understatement if I ever saw one…!

Awesome show, great characters. The actor who plays Ragnar is brilliant: you’d shit yourself just the way he stares at people, hoping you’re not next. Worth noting that it stayed great to the end. Don’t want to spoil it, just watch every season, it’s really worth it.

This show lost me before the end of Season 1. I watched it to the end but the plot holes were just too big and the silliness/suspension of disbelief also became too much for me. Halfway through that season, they started trying too hard to be edgy, or something, at the expense of the story. Shame because there were certainly some great ideas in there.

Dug out Cybercity Oedo 808 DVD yet again. Jeebus this is still good.

Have some of the sound: https://www.youtube.com/watch?v=OeLua6NDwIk

The eps are up on YouTube if you wanna nosey. Its also a rare case of where the English music opening was better than the original.

Westworld seemed too slow havent really watched it…will give it another shot.

Get shorty the series

Lastest Clone Wars S07E09 is back up to par.

Batwoman is lolbad. A few episodes in it really is quite terrible. The story, the script, the soap opera feel to it all is just appalling. Funny thing is though that Ruby Rose isn’t terrible at the part. Not brilliant but she’s definitely not rubbish. Shame she’s not got anything decent to work with.

Been watching some of The Windsors. Such a stupid show and chuckling a lot

You ever see the original film that WW is based on, from like… the early 70s? Cheesy but classic. 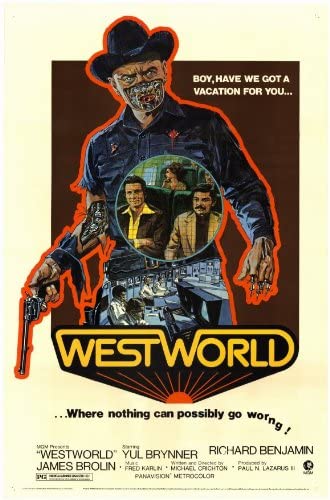 First season of WW is the best IMO. 2nd is a good follow up. Where are you at in it @bfk ? I also had to retry it initially, its a slow start but pays off pretty well.

Season 3, gotta watch the first 2 seasons or I could just read the pkd story.

…and then free-falls into terminally boring slooooowwwww territory watching lame characters being lame (the actors probably wondering why this has to last 10 episodes… and they’re making a second season!!!).

Bonus shit points for one of the main characters reminding me so much of Ross from Friends (+25 years or so). The guy is so annoying (just by existing) - you want to punch his mumbling face repeatedly. I really hoped he would die (preferably horribly) at some point but no such luck.

I agree fully with the starting promising and then falling apart.

Not sure who to blame here would say the show writers but it cant be coincidence that (for me anyway) so many Stephen King adapted shows and movies suffer the exact same thing. I’ve only read the Stand by him, and I can say that I feel the same way about that too. In my opinion the root of the problem is in the source material, and the best adaptions are probably the ones that stray further from source i.e Shawshank, the shinning

Solid assessment. Show tanked in a classic King way. The show was way too much of a drip feed.

Also the post-credits scene after the finale made it all fucking pointless. 4/10 wouldn’t watch again

Not sure who to blame here would say the show writers but it cant be coincidence that (for me anyway) so many Stephen King adapted shows and movies suffer the exact same thing. I’ve only read the Stand by him, and I can say that I feel the same way about that too. In my opinion the root of the problem is in the source material, and the best adaptions are probably the ones that stray further from source i.e Shawshank, the shinning

Bit of both really. I seem to remember reading that the show-writers changed after the first 2 episodes, or something like that. Oftentimes, it’s enough to kill a promising show.

It is also true that Stephen King’s books (at least the ones he wrote after becoming super-famous, I’d say starting around the time after “Misery” was a movie hit) are 10,000 pages long (or feel like it) with half the book that you could easily toss. Builds up great, then tells you anecdote upon anecdote about characters you don’t care that much about and then the ending flops, by which time you don’t care much anymore, you just want it to end.

Note that it is influenced by Stephen King (not based on one specific book) and frankly, I thought both seasons 1 & 2 were excellent. Great stories, great pace, and wonderful acting - especially season 2, with Lizzy Caplan being absolutely sensational. What an actress she is. I certainly highly recommend this show! 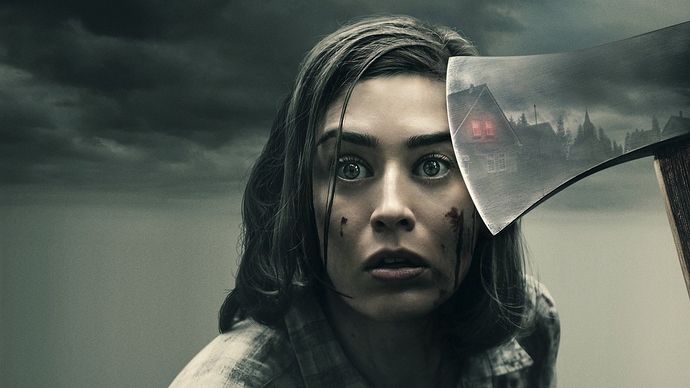