Last of Us was an acquired taste for me. I hope you can get into it faster than I did, because the payoff is worth it.

I beg to differ. Maybe it’s a southern thing, but usually it goes this way: smokes in one hand, corona in the other

I’m looking into reapplying the thermal paste on this laptop. I fixed the screen. I can do this. Runs a bit hot.

my country is eating itself alive and I don’t know what to do…and I feel like at some point I’m going to end up out in the street with a fucking baseball bat and this is not what I want…we are fucking going to see America fall.

Hold on to the light, for the love of god. It’s election season, too, so don’t get too fired up.

It’s the media and politics stirring shit up. I just had this conversation with my sister. Does anybody remember all the families that ICE separated at the border? What happened to Covid? What about all those active shooters? Now it’s racism and looting. It’s the same old shit, and the powers that be are using every advantage they can for their political agenda, everywhere around the world.

Me and my ex-wife have a long-running joke:
“Election” and “Erection” mean the same thing in Japanese English due to the whole pronunciation thing. Keep that in mind.

We made it through the sixties dude.

I don’t mean to accuse anyone of not paying attention but these cops are the fuck out of control…when I see cops in my state capital pulling down the mask of a protestor standing with his arms up doing nothing and spray a whole fucking can of mace in their fucking eyes I get a LITTLE concerned about shit.

This is aboslutely a 1000% about color but its also about the fucking oligarchy that has taught us that material stuff is worth more than human life.

That’s all I’ll say. I tried desperately for so long to keep politics out of this (edit: this thread). But in my town on Saturday a civilian in a truck hit and run a peaceful protester so I’m fucking done and the cops, at the time, were more interesting in pepper spraying people than doing anything about that incident. Thankfully video and picture evidence will get that fuck stick arrested.

If you do, be sure to wear a mask.

On second thought, maybe not…

This was downtown SLC yesterday, about 10 miles from me. 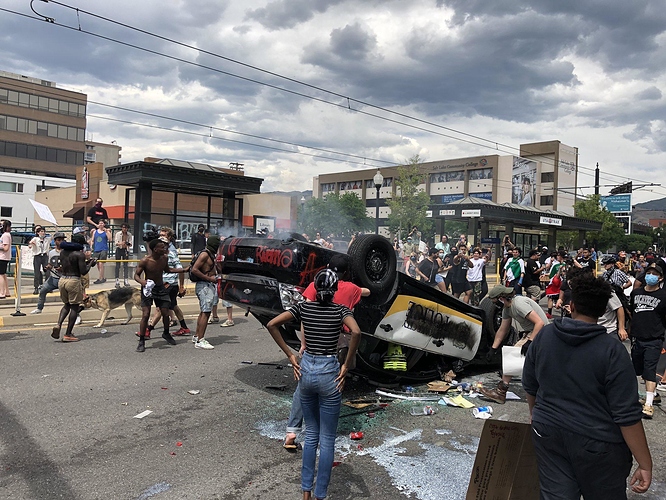 I do have optimism about America, I believe we are more resilient than we give ourselves credit for, as a country. I believe that one day we’ll look back at 2020 as just…a bad year. Somehow I don’t believe that a few months from now, I’ll be climbing on top of a pile of protestors with police spraying pepper spray on all of us, while covid germs fill the air, shouting:

DOES SOMEONE HERE KNOW HOW TO FIX AN OBERHEIM MATRIX 6!?!?

@Vlantis I don’t mean to single you out or be a cunt. I’m emotional and feisty. I’ll just admit that I’m drunk and weepy about what is going on.

Yeah it’s nuts. But again, what about all the fucking horrible shit that went down at the border last year? What about ICE, who ravaged Moab and had mexican families living in fear?

It’s the blame game right now, and Our Dear Old President isn’t helping. What happened to the MeToo movement?

It’s systemic racism at it’s core, and to think that it’s only an American problem is wrong. Somebody else in the world is being raped and killed tonight.

Sorry, but that’s the cold truth.

I lived as a minority in Japan, and I was hassled by the police on a daily basis, but yeah, it was my choice to live there. Are Americans going to go through another few years of being called racists because of the shitty actions of others?

And if anybody thinks I have privilege, you can throw that thinking out the door. I barely make ends meet.

Just don’t get too riled up. Don’t go grey before your time.

It’s the newest focal point that has been used by the media. And I’ll bow out of this conversation now. Everybody here knows where I stand politically.

It is certainly a global problem! And yes there is injustice everywhere. I still don’t see the value in the “its the same old thing thinking” but I don’t want to argue with you about it man. I feel like ultimately we are on the same team.

There is too much injustice to process and deal with. One person, or at least I, don’t have the emotional energy to be an truly effective ally to every injustice. I read an article about a Standing Rock protester that died on a ventilator giving birth to her child in prison while mother fucking rich white assholes got out of prison bc of Covid 19. Then suddenly my city and state is on fire and full of violence.

Fucking police stations around my state took down the American flag today and flew the Thin Blue Line flag. Democracy, for me, died when I saw that. Frankly they should have just raised a White Nationalist flag.

And same same, I really don’t want to argue minutia with people I think I ultimately agree with.

It’s all good. Not gonna name any names, but there have been some drug overdoses going on (I’m being cryptic on purpose).

I saved a stink bug from my house. Those things are like cats, I swear! I miss the bees. Time for sleep.

“You have a duty not to burn your own house down.” 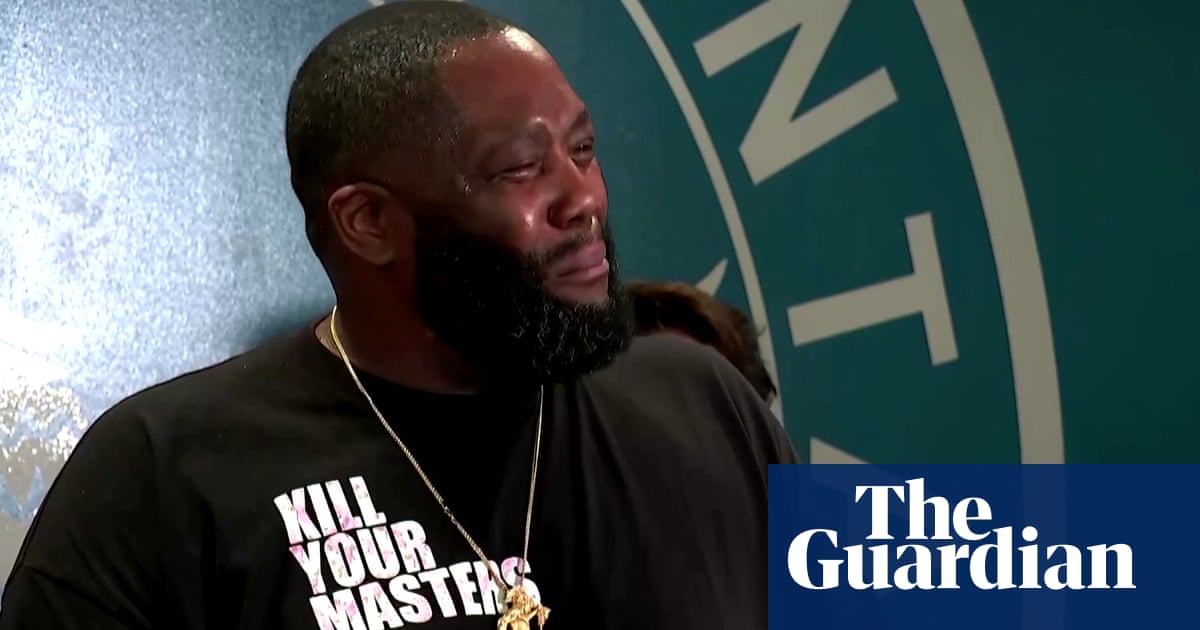 Killer Mike: 'You have a duty not to burn your own house down' – video

I heard that total anarchists and white supremacists where involved in doing stuff…but I’ll stfu
About the whole situation…totally agree with the whole not burning your own house down…man imagine being a firefighter or emt in the midst of the riots.

"There are as many National Guard members activated in the US as there are active duty troops in Iraq, Syria and Afghanistan"

what a fuckin’ bummer sentence lol

Is anybody alive on here…?