2KGames have put in a launcher that runs when you click on the game in Steam. The launcher doesn’t work. I reinstalled the game in case it was a hangover from my rebuild. Nope, Still broke. The only way around it is to go into wherever you’ve installed the game and launch it directly.
Played half of the tutorial. The game is shit.

can’t believe how much of a blunder that shit was. Especially after how incredible XCOM 2 was with all its DLC.

Sooo since the upgrades I can finally load the Valve Index and try stuff out that I’ve had for a year and a half.

SW Squadrons in VR is so great. Unfortunately my body temp rockets as my inner ear complains and my head temp rises so its short stints only. I suck at this game so hard but I love FINALLY being in an X-Wing cockpit. I feel a bit dirty because I might be about to have an illicit affair with the B-wing.

Not very far in to either of the above games. I’m still tweaking settings all over the place and getting things just how I like them.

She Who Must Be Adored reckons I’m in an abusive relationship with Half Life Alyx: I’m scared of it but can’t stay away

Looks great. The cockpit feels spacious and the floating displays are very nice. When you look at a display it activates and becomes the focus which is a sweet touch.
Game still sucks monkeyballs due to tedium like the way framdrive/jumpdrive are implemented but was worth sorting it out for a look.

Tabletop Simulator: Always been great, you just need stuff to do in it. 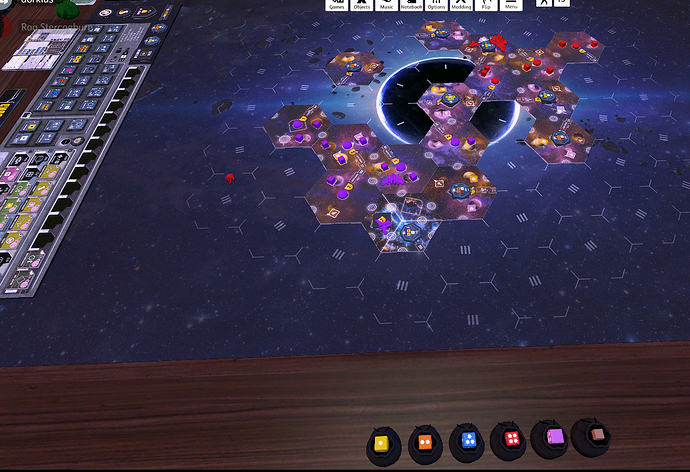 Big update for Total War: Warhammer 3 at the end of last week. Many stability improvements, some game mechanics tweaks and generally better. Except…

Make sure you have hyper threading disabled if you are running gen12 CPU and board. The shonky TW:WH3 code will crash your system. It goes berzerk trying to make the slow cores run faster and boom, its cold boot time. A minute in your bios will stop you having to suffer this aspect of their shonky code.

I refer above to multiplayer, can’t say about solo as I don’t play this game solo ever

Forgot to say, Amazon Prime Gaming got some more freebies and Totally Accurate Battle Simulator is on half price on Steam. I am weak and pulled the trigger.

Not playing much right now, just some Fallout 3. Been pretty busy with work and music otherwise.

I have not tried Elden Ring, and the way my brother describes it doesn’t sound like I’d enjoy it. There are a few games I want to pick up, heard really good things about Guardians of the Galaxy and the new Lego Star Wars (I liked the original ones way back in '03 or '04). I want to try those out.

I’m 91 hours in and still have a lot of the map that I haven’t filled in yet. I’ve completed Limgrave (to my satisfaction), opened some of Caelid and 3 sections of Lunaria. Unless I tire of it and start to rush this game could potentially take me into fall before I finish it.

I’ve taken my time, trust me… 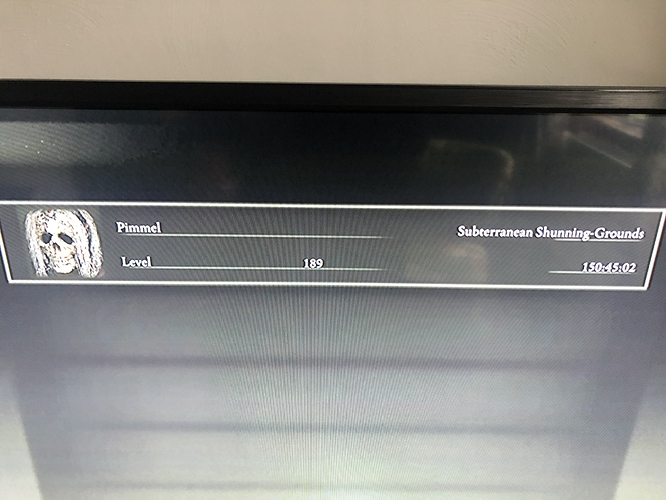 It’s wild how big the game is.

It’s huge. I rushed through NG+ in 4/5 hours and I still managed to stumble upon things I had not seen before. Looking at you Deathbird!

My first platinum trophy ever. 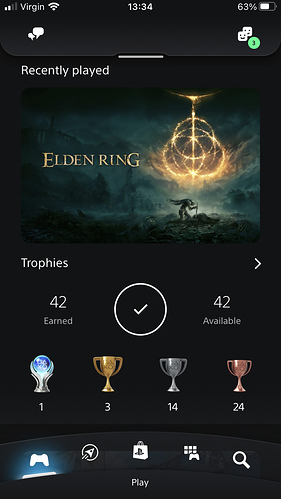 ^And here I am still looking for that Glintstone key, if that tells you anything, lol.

There is map with a hint on a body in front of the sealed door to Raya Lucaria.
Or pm if you want more info on the location. A dragon might be involved…

Ah, I encountered that dragon last night and promptly ran away. I’ll circle back on my steed and see if I can storm the body and retrieve it.

Found the key and spent the last two days in the academy. Today’s runs were some of the best I’ve had in the series. Super fun and enjoyable.

I’m not saying the academy is some of the best design, but I thought it was all balanced really well. It seemed like the level allowed you to go on long runs between rests and my flask to checkpoint ratio made for some intense “no flasks no checkpoint in sight where the fuck am I” moments.

The run from the Debate Chamber through the courtyard with the boulder stairs to the rooftops was a highlight of the game for me so far.

The boss fight wasn’t very tough at all, took me maybe 4 tries. That’s how I like it though because I’m not in these games to be stuck at a boss for three days before defeating it. Those are great moments though, overcoming a challenge in that way. I just prefer periods of slow but intense progression as opposed to getting bottlenecked at a boss.

The academy struck all of that in a great balance for me. Now off to find where I can activate this rune because I can’t do it at the previous tower.

Running a bleed build, with hookclaws.

Running a bleed build, with hookclaws.

I would need to check, but either my katana or my dualblade had 101 in bleed…

Feels amazing to play. Finally decided to buy it a couple of days ago. The controls are not intuitive though work well enough when you figure them out. The in-game control tips are all but useless. When you get your spaceship working the VR setup means you’re holding the in-game throttle with your left hand and working the virtual joystick with your right. They are very sensitive and I was able to clown between planets. I learned very quickly to move my chair well back from my desk before launching the game

I’ve spent most of my time so far ooh’ing and ahh’ing at stuff. When spaceships fly overhead I often stop what I’m doing to watch. Being in VR it triggers my imagination to wonder what they are up to.

The game’s gaudy colours make it feel like alien worlds rather than just some variation on Earth environments. Don’t know how long I’ll play but so far I’m really enjoying just gently pootling around.

Not like the jump scares of Half Life Alyx. Bastards

Stability-wise it could be better but its not terrible. I get maybe 45 minutes before the graphics glitch and the controls then because less precise. Going into the options menu and re-centering the VR fixes most of this most of the time but its a hint that its time to save the game and take a break or restart.

What’s been your favorite/ best build so far? I have that twinblade you’re talking about but hesitate upgrading it because I’m enjoying the claws right now and don’t want to pump materials into something else unless I’m sure I’ll use it.