I swear I was doing legitimate research on currency when I found this. I’m done now.

Should Humor be PC or Mac

I had a dream last night that ozzy osbourne wanted to start a new band with me and some other dudes, one of which looked like the manager of Spinal tap. I remember having a weird looking orange POD guitar processor that look like the POD bean shape ones but it it was bigger and it was plugged straight into the wall (like stuck into the outlet) and when we sat down to write something with ozzy looking on, there were so many odd effects on my sound that I couldn’t do anything cohesive, it was like a pitch shifter and lots of reverb was added to it and i couldn’t turn it off. Weird dream haha. Ozzy seemed disappointed.

I think there’s equal humour to be found in both PC and Mac!

I’ve used both extensively as a developer for ages now. I make music on Windows still as it’s got all my software set up, but I want to switch that to Mac soon and see how that goes.

Mac people just blindly lap up nonsense Apple tells them, and ignore the many hardware failures Apple’s products have seen over the years (though that has improved a bit).

And they ignore the ridiculous port options and imbecilic placement of some of the cables on their products (ahem, Magic Mouse – I think it’s the nicest mouse to use out there, scrolling is just amazing, and it’s super accurate, but FUCKING HELL is the charge port in the stupidest place thinkable, so you can’t even use the fucking mouse while it charges.)

And the ridiculous trade-offs for aesthetic when sometimes we just want a nice looking and great feeling laptop that doesn’t thermal throttle and doesn’t cook your fingertips when you touch the aluminium bar.

PC people just ignore the many, many, almost uncountable number of problems Microsoft has had with Windows over the years, and instead tout its backwards compatibility.

Software compatibility is a good thing, but it also prevents you from moving forward and making something that ultimately feels really nice to use across the board.

Like literally, a relic from the 80s DOS era still exists, in that you can’t name a file or a folder CON, AUX, COM1…9 and a bunch more.

While Windows 11 may change that – but stock Windows 10 has 6+ different designs of context menu, and those disgusting hard shadows are awful, and just everything is inconsistently spaced and actualised in almost every possible perceivable way.

Seriously, I can make Internet Explorer (YES, that fucking browser) animate more smoothly than some of the Windows system animations do.

Things that you wish you can unread:
Ketchup flavored twinkies
Jimmy Kimmel was on the man show
spaghetti with Nutella sauce
Jalapeño flavored ice cream

Why
Cause of the effect
Which effects the cause
Which causes an effect.

I draw the line when someone asks me to slap them with salami.

in the discord by totally abstaining.

Not gonna beg you, but dude, you should go chat in there

…to not indulge in

I has a theory…

If you take both the red pill and the blue pill… 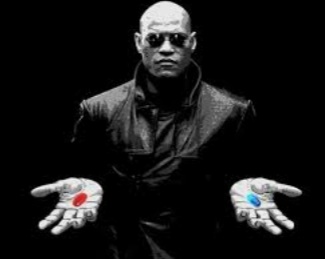 It becomes this…and you enter le

Basically the history of coffee and caffeine, of which I’d never really investigated. Quite interesting even if you don’t dig Rogan, he doesnt talk must here.

Spirituality
When the time is

Pretty sure I’m finally gonna be smoking party goods tomorrow after a forced two month hiatus due to my main friend that helps me out being broke and jobless. I have only one good friend that lives near me these days anyway, the rest are over 50 miles out from here so anything we do together has to be planned out in advance…who am i kidding, anybody over 40 and married, everything has to be planned out when hanging out with friends…there’s no spontaneous “hey dude come over right now and hang” going on here anymore.

spontaneity is a commodity that should be valued way more by society. I hate that everything seems to have a 24hr buffer.

I expected more from ye…hehehehehehe.