The how lame is anime thread (devils advocate anime critique)

Dragon ball super is like they decided to reboot because they can make more money and do a redo of dbgt…is just I cant it’s like a greatest hits album from a band 30 years ago…I’m like wtf is this an acid trip…at least it stopped the 30 episodes of heaving to push out a constipated pooo…broly should have been a main character all along. The names lol srsly…cereal, frieza, cooler, what’s next eggplant.

Bleach…I need to bleach my mind from dumbness of fashion models get your spirituality crystals and Derek zoolander this. Somethings from the comic book didn’t translate well to animation…and there are some plot inconsistencies…but whatever…also ghosts cannot do that much destruction so…I’m like o really…idk too many main characters.

One peace is horribly drawn the art is horrible…pirates…the plot is just like ok whats the point…I think of beatles so you wanna start a revolution.

One punch man…I like because it’s anime that makes fun of anime tropes…it is much needed for a dose of reality. But I wouldn’t watch religiously.

Avatar Korra and aang…pretty solid…doesn’t go too big to fail…however if they do more they gotta be creative cause the potential for recycled plots.

Fog hill of the five elements…have no idea wtf it’s about but them fights are a peace of art.

Yu yu hakasho…lol kuwabara…I’m like yeah this is like dbz but without aliens and spaceships and magic dragons.

Any new anime comes along and I’ll be like yeah pass…cause hojutsu kaisen senpai…gilgamesh arroyo urameshi fist of the demon spawn senpai…lol nope.

I mean tbf…its just “low brow” mass media…we make it exotic and special b/c its from another culture. I will defend at least the original Ghost in the Shell as a solid piece of cyberpunk for its time (also Akira) but yea yo arent wrong…lol

I haven’t watched most of those mentioned above, but I enjoyed Death Note, GITS and Code Geass. Avatar is good, but I think it’s not an anime in the usual sense of the word.

To be clear I have watched anime myself but at the same time there are moments where I have to take a step back and critically evaluate it.

Avatar Korra and aang…pretty solid…doesn’t go too big to fail…however if they do more they gotta be creative cause the potential for recycled plots.

Yeah, you know they founded a dedicated Avatar studio that’s going to do nothing but make Avatar spinoffs right? TBH I put up with the original (my brother loves it).

Now, if I want to turn my brain off for half an hour and just enjoy a cool world, I put on Cowboy Bebop. Jazz meets a space western. See you later space cowboys.

Tenjo tenge…was only one season but nudity aside which makes me shudder…the comic book is a mind trip. Martial arts reincarnation…no absurd superhuman powerups…just martial arts…basically its about bloodlines and gangs fighting a shadow war that has been going on for generations…and some main characters fight to break the cursed cycle…interesting story…but again the nudity is totally unnecessary.

Gantz it’s so stupid…I can’t even waste my brain cells on this piece of garbage. Humans train as soldiers by aliens to save earth from other aliens by playing a killing game…yeah no…

Samurai Champloo and cowboy bebop…ok nothing bad to say about those two…good job.

Death note good story…but the bad part of it I’m like this is something some dumb kid would wrongly idolize and do a bad deed.

Trigun…a sci-fi western…the anime could of been better…but it is what is… nostalgia can’t critique because I’m biased towards this one…Trigun maximum has great art…but I can’t read 1,000,000 pages of Japanese comic books.

Death note good story…but the bad part of it I’m like this is something some dumb kid would wrongly idolize and do a bad deed.

I think the chances that some dumb kid gets a shinigami death note is probably not as high as portrayed in the series.

Really? How so? Art style is completely different and IIRC dragonball is more of a kid or 12+ show… I couldn’t get into a single episode of DBZ…

I’m going by the american adult swim programming block…but as for worldwide popularity I can’t really say but my guess in terms of popularity…it could of been expanded upon as the next big thing to get addicted to. But things happened differently I guess.

It’s like how growing up some people liked Digimon instead pokemen…Digimon and Pokémon competed but then yugioh came along and put both Pokémon and Digimon on the backseat.

Yeah, that makes sense, but I think the Western view of anime is probably very limited. We get translations of a few animes that probably have been the most successful so far and that our media overlords think we might like. Just check out how many other animes the Studio responsible for Code Geass produced in the years before and after Code Geass that most people in the Western world probably haven’t even heard of. Before working on Code Geass, Studio 4 of Sunrise seemed to have worked on “Planetes”, “s-CRY-ed” and “Overman King Gainer” - never heard about any of that stuff… https://en.wikipedia.org/wiki/Sunrise_(company)#2000s

But bingewatching anime can seriously fuck up someone’s brain…at least someone who is very impressionable.

Betterman…wierd Sci fi as fuck…have no idea what it was about…but a guy whose a science experiment can turn into a kaiju to fight other kaiju and somehow the world ends…I’m like can’t follow its too all over the place.

Scryed…powers from alternate dimensions manifest superhumans that fight each other for world control. Action ok…but too stupid to make any sense…

No doubt, but I would argue that binge-watching anything might fuck up a human brain. I’m not watching much studio-produced TV anymore these days since I think most of it is not good for me (apart from being boring and silly)… I would even say that for anime, there are probably more hurdles to really take it seriously, so it might even have less of a negative effect as compared to stuff with actors…

Was going to write something positive about tenjo tenge…but rewatched the anime and it is lamer then I remember…oh well…ooops. 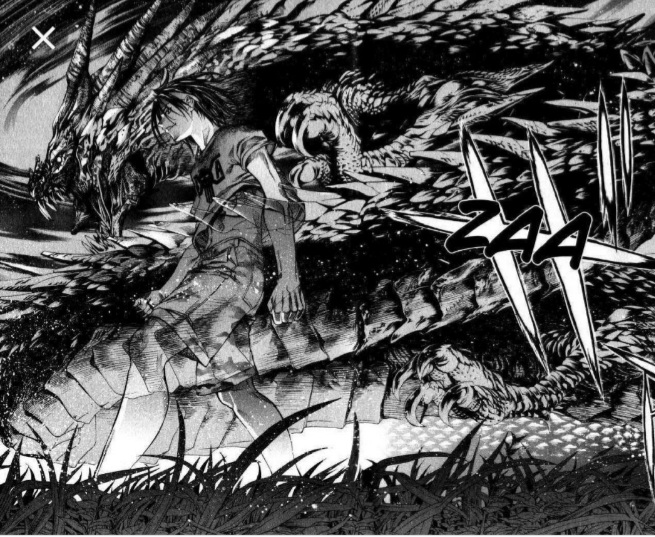 That is a cool dragon though so…Pros and cons whatever.

After 247 trump talk…I turned it off…

Now I just sit and meditate and look at fb and Instagram in place of tv…Jordan Peterson gym stuff glitch art and science jokes are what I look at.

Gym, glitch and science sounds like a good and healthy combination!

While annoying at times (because it’s animé and the exaggeration of every emotion is often overkill), Stein’s Gate was pretty good 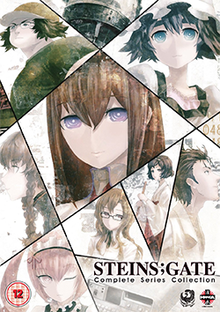 Steins;Gate is a 2011 anime television series created by the animation studio White Fox based on 5pb. and Nitroplus's 2009 visual novel of the same name, and is part of the Science Adventure franchise along with Chaos;Head and Robotics;Notes. It is set in 2010 and follows Rintaro Okabe, who together with his friends accidentally discovers a method of time travel through which they can send text messages to the past, thereby changing the present. The series was directed by Hiroshi Hamasaki and Ta...

Another one that was good - Monster: 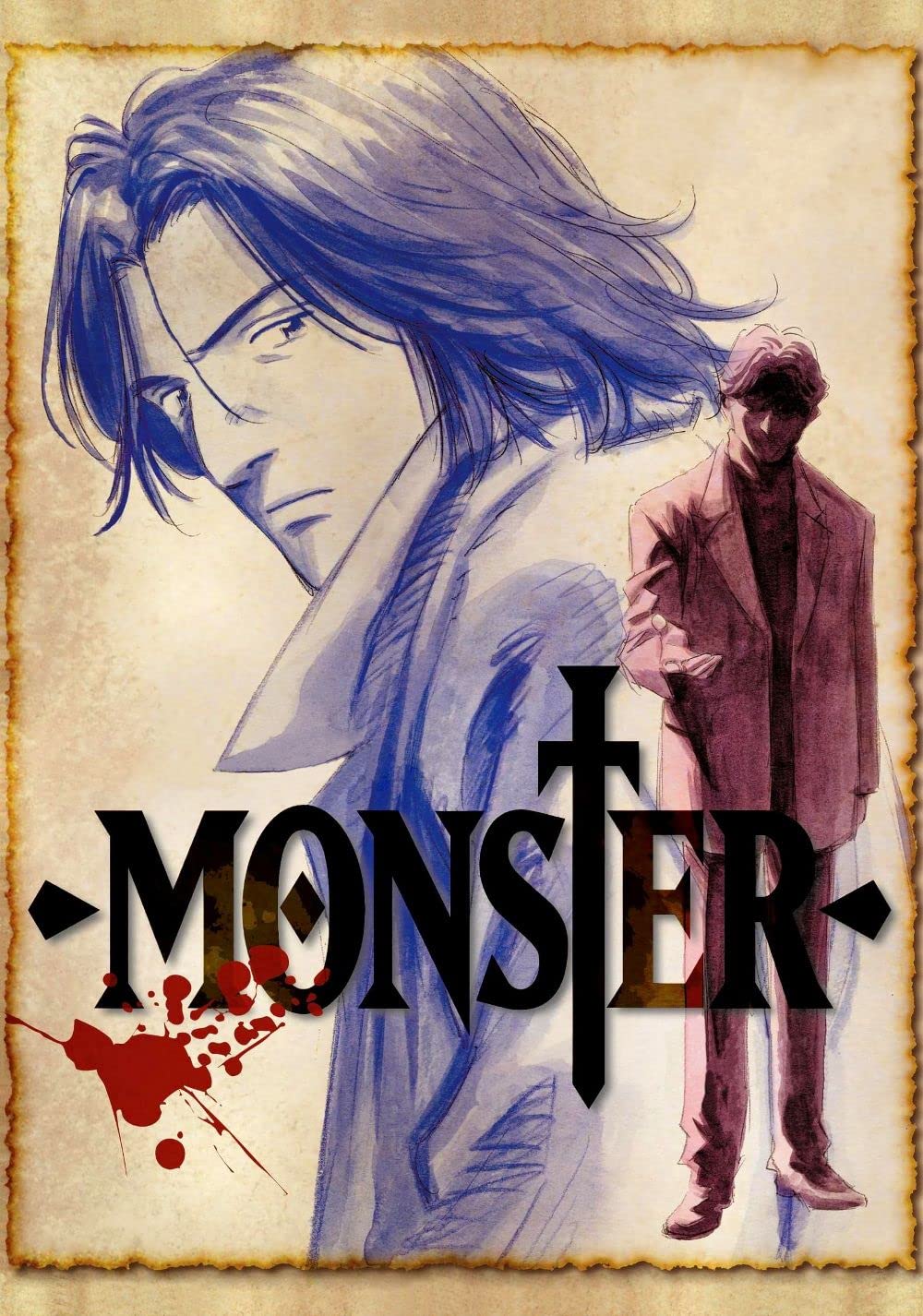 Damn, read a bit about Monster, got hooked and completely binged through a few episodes. Really great stuff, thanks for the tip!

I pretty much hate all anime, but then sometimes I’ll get hooked on something for the Y7 crowd and I don’t really understand what my brain finds so compelling about it. It could just be a bunch of kids chasing ghosts or vampires after school for an entire season and I’m like, “Yep, this is totally awesome”.

The more popular things go, the less I’m on board. I guess sometimes the horseshit is the best kind?