Anyone have any experience with a korg radias? Any good? I am eyeballing a used one here for a decent price. Does it sound better than the ms2000? I remember not liking that one. The radias seems to have more synthesis options.
Is it easy to tweak sounds or is there much menus? Thx

So in terms of second hand synths, from low to high price, what would you pick from a edit: there’s also a good deal on a deal mind module, radius, virus c, peak or microwave xt?
For “industrial” type sounds, pads whatever.
The virus in my mind is associated with cheesy trance and edm sounds. I used to have a blofeld so I am leaning towards the microwave personally, but it’s insanely expensive for an old synth.
If anyone can convince me on the radias, my wallet would be grateful.

I recently purchased and refurbished an Access Virus Classic (B)

Now that, THAT is out of the way…

Virus gets a bad wrap due to the music that was being released when it first hit the market, same w the Roland JP8000, both were used pretty heavily in the progressive house and trance scene. As a matter of fact that was part of the reason I got mine.

That said, its got a full set of digital waveforms in addition to the analog ones and is really quite a deep synth, theres more to it than whats on the front panel. Its FM is a little tame compared to say, a NordLead or… any other FM synth, its not got that aliased top end that I associate with FM. That said, the saturators in the filters make the Virus GROWL, and having 2 filters that have several routing configurations allows for some really interesting and flexible sound design potential. The you get a phaser and chorus per patch, and I find that the delay and verb are VERY useable (im a verb and delay junkie… that goes a long way)

Some say the C sounds better, i think its totally subjective. I sort of fell in love w the B or classic’s sound having spent 3 years working with Tycho (Scott tours with a B).

So, yes… it can produce some cheese, but thats definitely not ALL it’s capable of.

Personally, I would take a Virus over the Radias, but thats just me. I’ve not used a Microwave XT or Peak, so I cant speak to that.

edit: The mod matrix is crazy in the Virus too. It can do as weird as you want.

The Virus line was used heavily in DnB was well, so you can get some dark/gritty midrange, gnarly basslines and unsettling pads. What Chase says about the Virus growl is spot on.

I really, really want to try and a Novation Peak but I don’t know anything about them.

TY both!
Ok, I will keep you posted if/ when I pull the trigger.
Might have to get a bass first, will see.

looks up the reasons why people have hardware synths, hardware effects, hardware samplers and it will be the same reason for owning a hardware tracker, one being escape from the computer, the feel of hardware and before you say it (trackers on a computer are more powerful) the less is more ethos as some people are more creative when working within constraints.

The Polyend tracker for me would just be a little sketch pad that gets me away from the computer and makes me work in ways I’ve never worked before, but ultimately what ideas are formed will end up transferred to my DAW.

its not a means to all, just a tool.

As for Ableton i was doing a lot of micro editing today and surprised it didn’t have a “bounce in place” like Logic, where i wanted to bounce small midi clips into Audio…I know theres lots of workarounds but they are more long in the tooth.

Have you ever considered Bitwig? Especially given your collection of hardware, it may be a compelling alternative for you. It has bounce in place f.e. and a similar clip arrainger interface. TONs of hw integration and possibilities for in/out from your gear. Just curious if that is something you have considered in the past, or might look at.

to be honest Bigwig maybe better, but i just haven’t got the appetite to pay for a new DAW and then learn to use it,

Got my hands full at the moment with my new rack coming anytime soon, so I’m figuring out how everything is going to receive power, midi and usb when the wall its going against has no sockets.

so looks like the bare minimum of 4 cables ill have running under the window.

1 usb cable from Mac to rack feeding a 10 way usb 3 hub (this will also power the 4 way midi I/O box)
1 extension cable to power 2 x 8 gang sockets which will hang on back of rack one either side.
2 x audio cables (left & right) from Mixer on rack to Audio interface.

Bingo, all ordered from Amazon, just the wait game.

Yes looking forward to getting my Virus C racked up

When i made ‘Acanthus’ 9 years ago a guy contacted me from Newcastle and asked me if id make him a version with a different bass, that version i lost i couldn’t find the project anywhere, then today i found the alternative bass version on an old reel to reel, crazy how this Tandberg 3000x is 49 years old, I’ve never serviced it since i got it over 10 years ago and it still plays ok 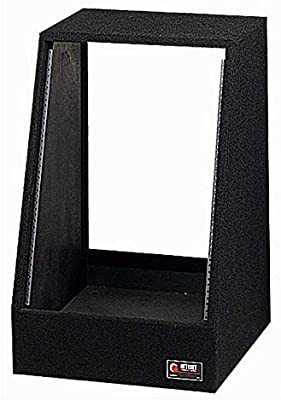 So I’m thinking about picking this up to hold my audio interface(s), power distribution, and give me some free space for effects later on (I could see an Alesis 3630 in my future to start). The height would also be good for putting my laptop on next to the rest of my hardware while I work. My question is do any of you have experience with stuff like this? Anything I should consider when buying a rack?

Don’t even hesitate. I’ve kept all my rack furniture even though I don’t need it anymore.

Are you in the least bit handy? You could build that for ~$50, including the rails.

In addition to my previous comment, that seems really expensive for 14U. I know its carpeted and all that. You can defo get cheaper than that check zzounds.com or try buidling something like @Artificer suggested

Thanks for the ideas. @Artificer I’m little bit handy, my dad works in construction and has nice tools I can always borrow. His expertise, he is a bit less forthcoming with, but I can saw straight and level.

I thought the pricing on these things in general was a bit weird. It seemed like it kind of jumped from $50 ones I wouldn’t trust to $200+ overbuilt things. Sounds dumb but I wasn’t sure where else to look because Reverb didn’t have much.

I have one of these and it works just fine, just put the heavy shit on the bottom.

Just eyeballing the dimensions, I’d think you could get by with a half sheet (4x4) of 3/4 ply. You wouldn’t even need the nicer stuff if you cover it in carpet. Like $20 in wood, or spring for some slightly better finish ply and stain or paint it. 2" screws to put it together. Four harbor freight casters (like $10, grab that coupon!). I don’t see 14U rails on Amazon, but 12U Gator rails are around $20.

I figure for a days time and around 1/5 the price you get something that’ll outlast you. Spend the other $200 on something to put in it.