It’s a dude on gumtree, I’ve been listening to some demos and it sounds really nice.

The obvious solution is to buy more

Jokes aside, I can’t handle reddit, not sure I understand it.

Speaking of more, I’m trying to figure out if, apart from a massive modular rack driven by an Elektron sequencer, there’s anything like Brambo in the hardware world, I doubt that though…

Didn’t you get a nice patchbay? I’d just put the RNLA on the back of the patchbay and sent whatever you want into it from the front in thru mode. Or set up a send/return on the 18i20.

Naw, it’s not so bad, really, working in DAWs. Heck, I’ve disovered that my Livid DS1 acts like an 8-track mixer in Bitwig. The craziest thing is that Whenever I add a track and then add their channel strip preset, it just works with the right knobs and I don’t have to think about mapping the controls manually. I just realized I haven’t tried rearranging tracks to see if it gets all messed up and confusing XD

Didn’t you get a nice patchbay? I’d just put the RNLA on the back of the patchbay and sent whatever you want into it from the front in thru mode. Or set up a send/return on the 18i20.

…that’s a much better idea and yes I do (Samson S-Patch). I should have thought of that. I haven’t even wired the thing, yet, and am still thinking in audio interface mode. I was just talking to someone last night about making my own cables for doing just that (and being an electrical engineer he starts going off about stuff I have never heard of and don’t remember now… something about wiring capacitors or something in them depending on length, some way to measure stuff, while I’m all “hurrr TRS balanced cables, solder solder…”)

Every single gear YT channel is covering it. It is a sweet update but I’m already sick of hearing about it lol

Still haven’t had time to watch the videos. Leaving that for later, but it seems a great way to make it more of a studio centre piece

My usual routine of taking the digitakt off the shelf, dust it off then install the firmware, then put it back on the shelf until the next update

Bless this human… a list of instruments and which “type” of 3.5mm wiring they use. I hate all these MIDI dongles XD

Thankfully “A” is now the standard, and despite Novation being listed as B, Launchkey Mini mk3 is an A connection, now, according to Novation… (and that site, apparently)

I was all about the MIDI dongles until I realized there were different kinds. Good to know “they” are moving toward one kind being standard!

Just another way to piss people off. I avoid any hardware that doesn’t have DIN midi. The other thing is power supplies. Can they not just be like guitar pedal manufactures and have one basic size and type (Korg! who then doesn’t supply one with all there gear and rips you off on the price of one), then you could have something like a ’ pedal tank ’ to run them with, instead of 15 wall warts.

instead of 15 wall warts.

I ended up using a box of these to stave off wall wart hell: 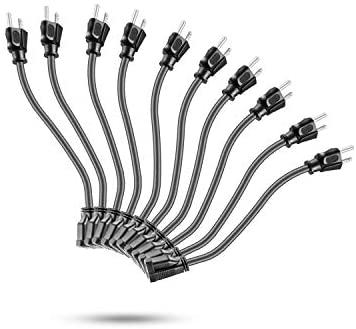 Screw paying “Dr. Ferd” $15+ for one XD Still, inline transformers really need to be more of a thing than they are. The various barrel sizes are definitely annoying, though, and sometimes the dimensions aren’t exactly the easiest to come by.

Some companies are inconsistent, like Arturia. Wall wart on the Minibrute 2S, inline on the Rack Brute. Iirc Elektron uses inline on everything but the Models line. At least that one is oriented sideways, but the sin is in the weird/unusual barrel size compared to everything else I own, something like 3.5mm x 1.5mm which they also use on Overhub.

I think these days a lot of it has to do with cost, especially since I seem to get a lot of universal power supplies I have to attach the correct plug to when I open something. A small plastic plate to attach to a wall wart vs a bunch of different cables or having to, gasp, just supply the cable for the country it’s being shipped to…

I’ve been tagging all my power supplies, now, so I know exactly what goes to what. Just cheap little rectangular labels folded in half over the end and a Sharpie. It was frustrating having to peer at everything in the right light/angle to figure out what goes to what.

Meanwhile NI still has yet to sell an official replacement power supply for the Maschine+ with its lock ring. Not sure I like that ring anyway, what’s it supposed to do, prevent it being unplugged when someone trips over it while sending your $1400 box crashing to the gd ground instead? I’d rather lose power

I’ve starting to notice that some gear automatically detects on the input whether it’s A or B, and the Output can be set to A or B. I try to keep all my MIDI dongles with the gear it came with all the same. I should tag them like my power cables, but atm all I have are the 0 Coast and SQ-1; the Elektron ones from the Cycles are nice and braided and branded to what they go to.

I ordered some of these: 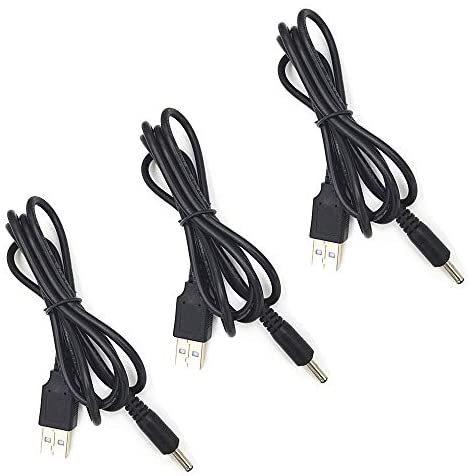 Screw you and your f’ing $50 carry handle Elektron lol… idk why, humid af in the mornings and very warm, and then the midday heat that burns it off makes for really hot days this time of year.

I should be asleep right now anyway, not awake…

Unfortunately only the Prophecy has a cable like that as it’s transformer is internal. The Micron has inline, but for the rest: SU200, QY700, DD55, JV1010 need one of these 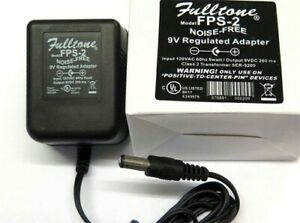 The SE70 and VF-1 need the same but center negative. The MS20 mini and Volca FM need this special type 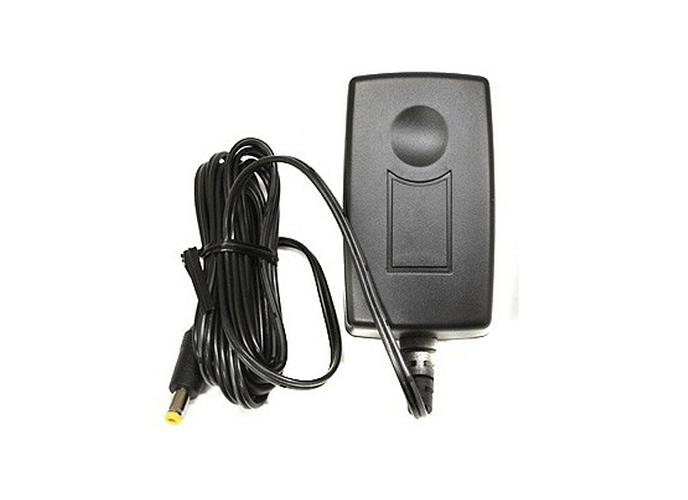 image.jpg1060x770 65.7 KB
The the ARQ has one that is smaller than the standard, like the Korg ones and the CDR and MD2 pedals that have the standard size but lower power output. The R8 SQ10 and NTS-1 all run off USB power.

What would be good is something like this, but with higher adjustable ma out and center +/- adjustment
: 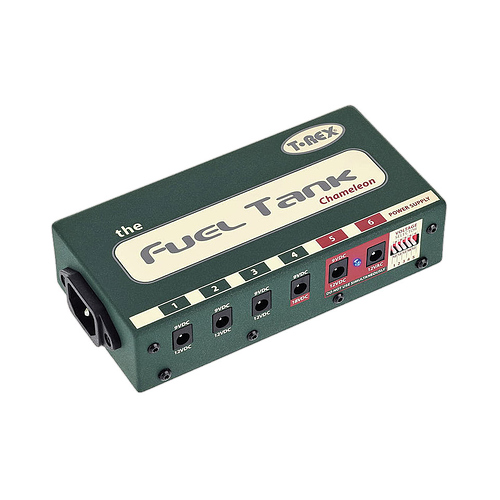 A box like that with adjustable voltages at the outputs would be very useful. Iirc guitar pedals got built to a -9V standard due to Boss pedals running on 9V batteries or something, and it kept going, though we do see a few 12, 15, and 18V guitar pedals out and about. I actually have a Zoom BT-100 floating around that runs off 4 AAs or something but it still uses 9V on the DC input…

I think the biggest issue with something like this for synthesizers would be the amps required? I have battery banks/packs that adjust voltage pretty easily, one does 9V, 12, 15, 16, and 20V while the other is 12V, 15V, 19V, 20, and 24V. I don’t know the circuitry behind them, but if myVolts can cram a DC voltage converter into a USB cable surely something like what you want would be possible and relatively inexpensively. But it would probably need a ton of barrel adapters

After turning down the volume on a track of the cycles to use it to sequence an external synth, it dawned on me that for $300 new one can buy a 6 track Elektron sequencer if they’re into that sort of thing.

I have… too many drum machines. The Cycles is a really fun one. 8/12-bit though and it samples?? Oh my…

I don’t have that sort of drum machine… at least until Isla sends me my damned S2400 lol… that will make the LmDrum a little redundant for me, I think. I did almost buy the Deton8 8-bit drum machine before they were seemingly discontinued and sell for too much used…

at least until Isla sends me my damned S2400

What if Behringer gets there first?

Nice look on that drum machine, but not something I will need.

What if Behringer gets there first?

LOL I thought of that. My order is either going to ship on the current batch Isla is working on, now, or it is very early in the second batch of 500 they should get next week. Either way my 2400 should be shipping Soon

I will probably never take it out of 12-bit 26kHz sampling. 16-bit 48kHz seems a little odd and I have absolutely no need for another “high fidelity” sampler. And after the orders are fulfilled, they’re working on a DSP card that has me a little excited but I doubt it’s something I’d preorder unless the price of preorder is significantly cheaper (as was the S2400 itself).

That LmDrum looks rather large, too. I dunno, depending on price, an 8-bit sampling drum machine could be cool, but tbh I have so many chiptune and super lofi drum samples I really just do not need it. I even have a ton of old machines that a guy ran through the NES 4-bit sampler channel. And 8-bit samples aren’t super different from 12-bit, the sample rate has so much more to do with it.

What would be good is something like this, but with higher adjustable ma out and center +/- adjustment
:

and longer cables than 50 CM.

I hadn’t considered that before. I’m probably going to pick up a pedal PSU in a few months, I have two pedals right now, and am considering a 3rd (and I only have one power supply right now). Probably going to go with a little Eventide Cioks: 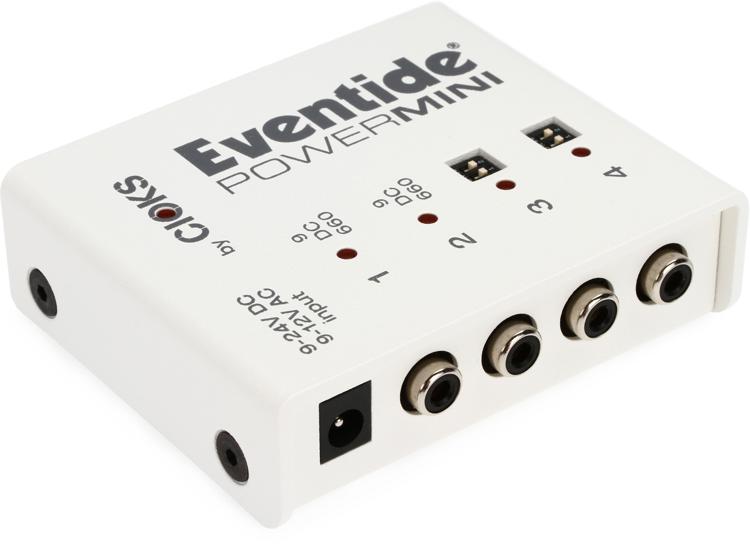 If I had to guess why this isn’t a thing for synths, I think it would be down to size. A fancy schmancy pedal PSU like this has adjustable voltages and provides up to 2.6A total among all the outputs, but from what I gather these are special features - Eventide specifically specced higher current for this because a lot of their pedals draw more power than standard.

An Arturia Minbrute 2S comes with a 12v 2.5A PSU. So with this Eventide PSU, you have .1A left over, and that’s assuming it can actually deliver 2.5A to a single plug. The only way around that is to make the PSU bigger, a lot bigger if you’re going to power 4-5 synths off of this. My guess is 5-6 times bigger to get the power you need without compromising on noise/crosstalk. I think most people come out ahead by just using extension cables and living with all the transformers under their desk.