Relic, that would be a GREAT setup and the DM12 can be had for relatively cheap. the Synth to $ ratio is GREAT with that one, esp if you buy used.

And I think I would have to have the 12 voice even though I don’t play keys…all you can do with unison on that thing sounds amazing. I’m sure they can be had used for a really nice deal. The street price new isn’t too shabby either.

yeah the DM6 is just not enough IMO w the way the voice modes work. for pads I’m often stacking 3 voices per note and dialing in the drift for that Com Truise-y warble. It makes you forget its a DCO synth.

I think I have a responsibility to myself to at least give one a go for a while before diving into the 1k+ poly analog options.

So, you can tell it to stack how ever many voices per note?

yes, there are like 6 (im not sitting in front of it) mono modes ranging from 1-6 DCO’s per voice and then 6 unison modes for the same type of config.

in that same section menu you can dial in parameter drift and voice drift, there is a unison detune mode as well. its REALLY well thought out.

dont get me started on the mod matrix. its GREAT

I must have spaced on the voicing modes when Batt went over it. That’s cool. I did notie the drift and detune stuff. I’ve had that on a DCO synth before and if you dial it in right sounds quite nice.

its the only Juno106 copy(ish) thing that i’ve encountered that can get into Oberheim territory.

Gotta say, the new force os Update needs to come to MPC Live too. For me the macros changes EVERYTHING when it comes to fingerdrumming.

really, is this new news as i can’t find anything about it.

Someone on their forums mentioned Brad had talked about it. Allegedly on Facebook or possibly Instagram, I poked around on IG but might have missed something, not familiar with the site…

edit yeah he said it was in a reply to a reply or something and so it’s extremely tedious to dig up. well okay…

This morning i was curious if there was any firmware updates for the TR-09 whilst looking i found Roland had discontinued the machine a year ago, so i looked on eBay and there were folks selling them secondhand for more than double the price i payed brand new. Im wondering if i should grab a TR-08 before they are discontinued. 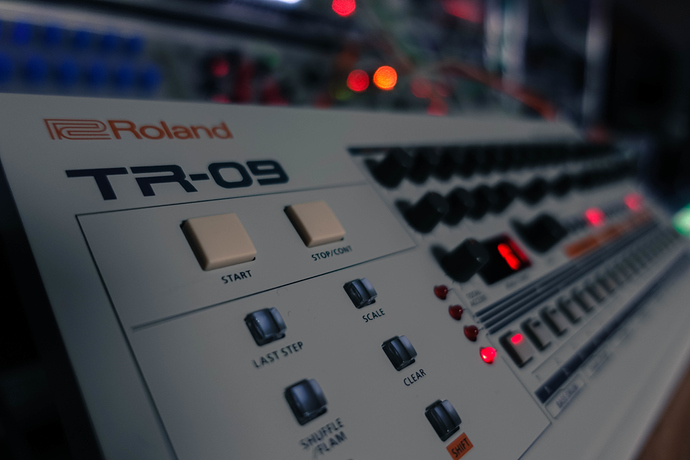 what’s with this lately? Modest gear going for silly prices when discontinued o.O MPC Studio Blacks going for $500, $600 when I think it was $300 new? eBay is a silly place…

Teenage Engineering OP-1 had kind of a strange pricing story. TE stopped making them and used ones started fetching a really high price on eBay (above street price new). Then TE started making them again but for the silly used price nc the cost of components went up or something.

I don’t know all the details but a buddy of mine bought a new one in the last year nad was telling me about it.

Yes relic your on the right path about the OP-1 storey but Teenage engineering did one rather sneaky thing.

Teenage engineering seen the high prices on Ebay, and come out with a statement “don’t buy from eBay as we are making more soon” then when they did release more they were priced at the same inflated prices as eBay, more than double the price they used to sell them for.

A very sneaky move, i was one of the people who held back and saved my money to buy one, then i seen the price. Everything that company did from then on i hoped and prayed would be a flop like that crap flat pack eurorack they did and that crap speaker thing they are about to release, i hope it all flops for the greedy ba$tards.

Yes! That was my vague memory was that the price of the second batch as suspiciously the average used price on eBay lol.

Yet people snapped them up apparently. The power of demand and disposable income shrug

I wish Machinedrums were modestly priced…but I think that the lxr may be the answer to my itch for drum design.

LXR you say? I have fiddling with mine for the last few days…and to be honest it is a great device, but the original FW is not so awesome and the Brendan Clarke stuff is sort of abandonware at this point. Yes it is better, but it is not perfect and I can report that it sometimes hangs. That said, it can make some great sounds, has ratcheting you can adjust on the fly, and sample rate reduction, plus you can load a morph kit, to switch between live (do not go too far away, the morphs sometimes sound like shit then as they just jump at one point.) I am starting to finally warm up to it, but find myself sometimes thinking I could have something similar in the Elektron Model Cycles, and some cash to spare (in Europe the LXRs are going routinely for 450, esp with the metal case and the I/O add on).

I just got a Model:Cycles and it’s a thing of beauty. I’m struggling getting good snares but the rest is great and it really feels playable.

I was going to sequence it from my squarp and or just sample it into the octatrack. I’ve only ever used the samplers from elektron. I like that the sequencers are somewhat similiar across the board, easrier to jump from one to another. The analog rytm seems a good choice for design, but its a fat penny. I would rather get that elusive cirklon if I were to buy something for that amount of cash. So i can be pro idm brainboi guy finally (sarcasm)