I bought a Matrix 6 today. God damn this interface is…not ideal. I need to find a sysex editor for windows I can use with it.

It might be a pretty decent pair, only downside is now I am going to have to figure out how to reconnect the stuff! First world problems.

yeah I am having trouble syncing my Mono with my LXR drum synth myself. I want to have the LXR start and stop the Mono, just like I can do with my SQ-1 and Monologue, but it does not want to play nice. first world problems, as you said.

But what a fuggin sound! Congrats!

Oh yes, delightful sound coming from it. I might just have to get used to the interface because it sounds so good.

So, my hardware is sound hardware that I’ve been after the past few months. I got a pair of Audeze LCD-X used in the middle of March. 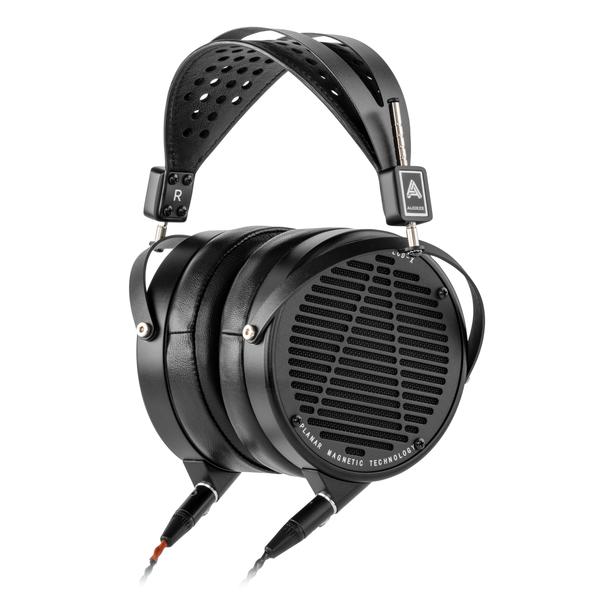 The LCD-X was the first Audeze headphone designed specifically with the needs of music creators in mind. Boasting our most neutral drivers, the LCD-X reveals even minute details with crystal-clear transparency to ensure that your mix translates...

I wrote a review on them over on head-fi, the short version is these things are freaking insane - like tell which kind of tape the studio was using that day based on the noisefloor insane. So, naturally, I wondered what these could sound like if I was running them off anything other than a cheap headphone amp from 8 years ago and landed on the Drop THX AAA 789, which has equally insane specs to match.

It doesn’t say there, but the number I keep hearing thrown around on the noise floor for this thing is at least -130db. So I ordered that tonight, should be here in a week or so.

You can find the deeper measurements on either of these if you want, but I assume you’ll take my word for it

Anyways, really excited to hear this when it comes.

this track/performance is sublime, i had to ask him about the camera as i have not idea about them.

Here’s a little hardware tip from the moodster. If you have a P08 do not write a song based around it’s arpeggiator. Write an arpeggiator in the DAW, play it by hand, build a cyborg that can play it for you but

write the song around the arpeggiator. It will not keep tempo.

Maybe there’s some sort of update I’m not aware of, but out of the box this is an issue. Save yourself some frustration.

It’s a great synth don’t get me wrong just…pretend the arpeggiator doesn’t exist when composing.

There was a whole philosophical debate on the DSI forums about that. Basically, their answer boiled down to “play in time and accept the more human feel of our instruments”. That was not a popular opinion, but they continue to stand by it AFAIK. 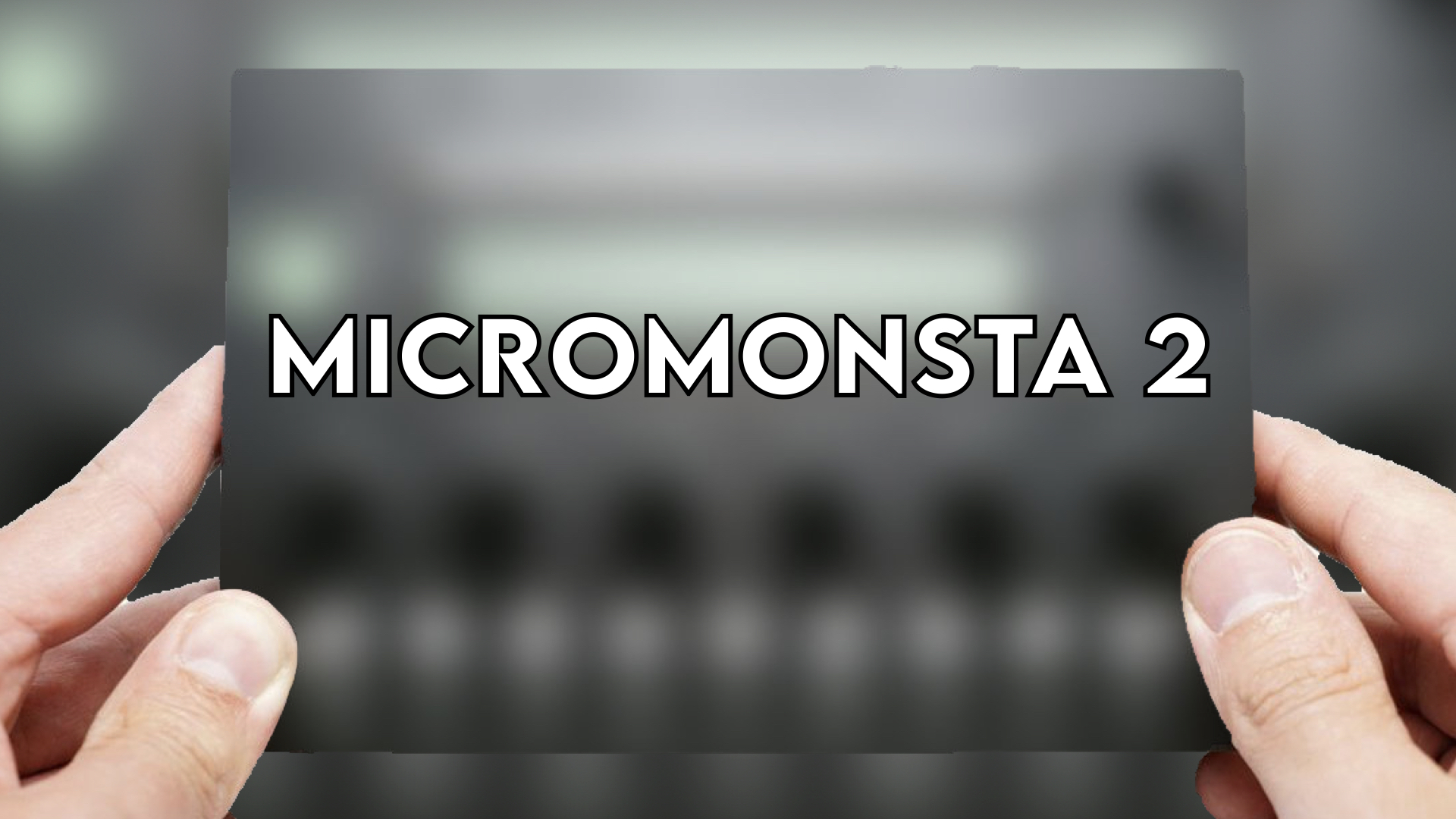 Audiothingies MicroMonsta V2 Is In Development: What We Already Know

MicroMonsta, the small fat-sounding digital Synthesizer from Audiothingies (France), is getting a successor (V2) with more features this year

Being the overpaid bachelor that I am I decided “fuck it”, bit the bullet and ordered the polyend tracker with the beer money I havent been spending over the last 2 months… 4 week waiting list at thomann was as good as I could find though

I feel the built in speakers are a bit of a gimmick but who knows? Anyway, MPC Live Mk2 -

Yeah, I am really not into all the built in speaker thing, but this new update really makes me gas for the mpc one. Luckily for me and my bank they are basically impossible to come by in Canada right now.

^What’s up with the new update, what does it add?

More buttons, 8x cv outs. Speaker. Not sure what else.

Becringer posted an MPC inspired sample groovebox today. Becringer Jam. Kinda looks like a messed up child of an MPC and the Polyend Tracker^^ 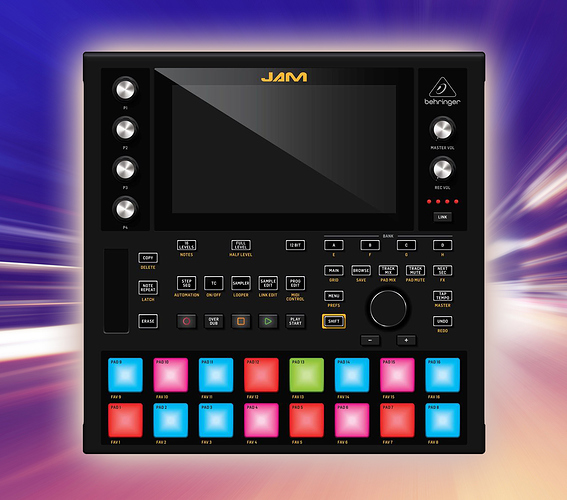 That looks interesting, I’m not totally opposed to uli’s stuff anymore. Affordable hardware? I saw bring it on.

As for the update I was mainly curious about the MPC software and if it’s seen any recent revisions.

Afaik the new MPC Live will have the same os as the MPC X and MPC One.
The 2.8 OS introduces multi midi mode/midi routing (finally!) and multitrack recording, retrospective record (always records in the background).
If you scroll down, here’s what’s new in OS 2.8

The recent OS updates brought so much stuff, lots of fx from AIR, synth plugins and whatnot so I kinda lost track of what happend^^

It’s all the midi implementations people have been asking for since day one. In and out routing, internal routing etc. Plus pad performance mode stays when you leave that page. Those are the big 2. Basically stuff I can more or less do in jjos, but the touch gui is a lot nicer than the mpc 1000.

Edit: I might just pull the plug on a pre order and wait around till they come back in stock in canada. I am currently mixing a bunch of tracks anyway so I am not in a rush to start making new beats.

Edit edit: I regret selling the live I had for a bit, although I do like the form of the one a bit better, much more akin to a 1000.

Just snagged a dbx PB-48 patchbay for basically half price on eBay. I was ready to just build one, but the hassle of wiring and the cost of going TRS on all the connectors was a bit offputting, and I wasn’t keen on going unbalanced across the board. To be clear, I don’t really need a patchbay, so it was niggling at me to spend a bunch of time and/or money on one, but this thing popped up and I figured what the hell.

Not as exciting as a new synth or whatever, but I’m stoked for flexibility and cleanup in the home studio.