Tempted to try Age of Wonders Planetfall, seems like for $15 it might not make for a bad weekend dive!

Got friends who have played this and highly recommend it. Gwabbing it myself now.

Fuckkk, Frostpunk looks rad. I wish I didn’t have an irrational bias against Epic/Tim Sweeny and what he’s done to the gaming hemisphere, and the Unreal Tournament franchise.

I wish the god damn Unreal Engine itself wasn’t so fucking incredible or I’d boycott that too.

So you quietly downloaded Frostpunk, right?

I’m finishing a project in C# in Unity and playing around with Unreal and that engine is surprisingly amazing. If it did 2d better I’d restart it.

I farted around with a 3d side-scroller using Unreal engine and their free assets about a year ago, its a cool engine. 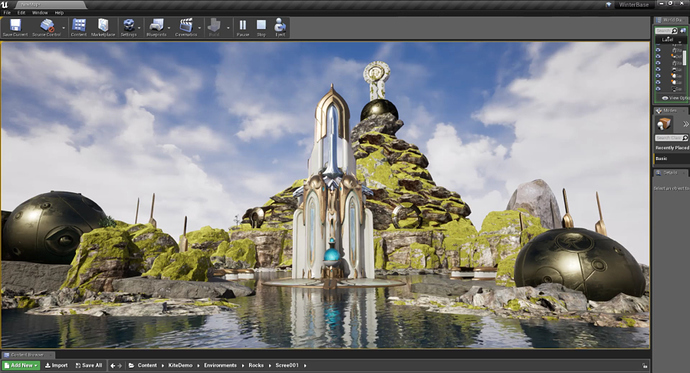 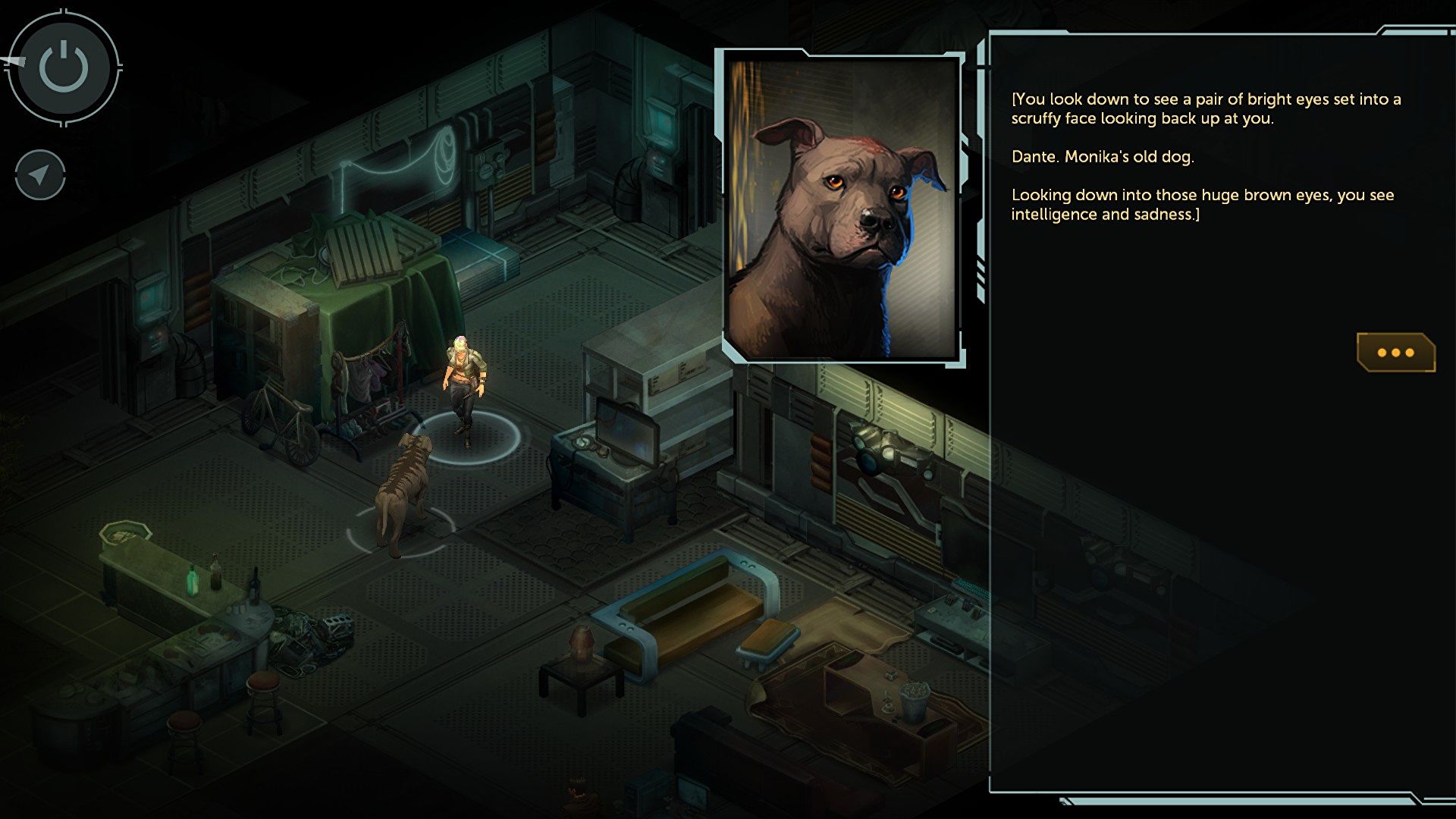 The Shadowrun trilogy is free via GOG until Monday

The Shadowrun trilogy includes Returns, Dragonfall and Hong Kong, and all three are currently free to grab from GOG.com.

If you haven’t played any of them, just grab them, well worth your time.

Now make a dwarf street samurai and kill everyone.

I bought my first N64 a year ago. Wanted one for the longest time and one day I realized I’m a grown ass man who has money and can buy his own videogames whenever he wants. It’s great. All my friends had one when I was a kid, my parents got me Sega Dreamcast (which I also love and still play), but now my childhood dream of having both has come true.

I play a lot of Super Mario 64, Mario Kart, and DK64, but I’ll give Turok a look (I have a ROM cart so I don’t have to go chase down original copies). IIRC, I got off my ass and got a PS3 in like 2011 because I wanted to play a Turok game on there. Been awhile tho.

Earlier this year I had the urge to replay a bunch of games from my childhood on a PS1 and PS2 emulator, using a PS3 controller, which feels almost the same as the classic controllers, just thicker with variable triggers.

Games were: PS2… The Simpsons Hit & Run (excellent game, completed that one to 100% again it was so much fun), GTA 3, GTA Vice City, GTA SA (almost completed SA). PS1… Spider Man, Driver and Fluid (which I sampled to make that PS1 remix track).

I used PCSX2 for the PS2 Emulator, and then found RetroArch for PS1 games (I think RetroArch does PS2 games too but not sure, never bothered, but it does a bunch of other consoles too).

They run surprisingly well when you fiddle with them, and can run at any resolution, even 4k, so you can have the original console experience with sharp graphics.

Obviously textures will still look as bad as ever, but I wonder if the new real-time ML upscaling could be applied to retro console emulators to automatically upscale the textures and also render graphics in 4K.

I use retropie for everything before Dreamcast/N64. I think that’s built on Retroarch basically. I’ve also heard good things about MAME.

I think you can get modified ROMs of older games that might improve the visuals slightly. I know for N64 there are a lot of modded ROMS that remove the built-in texture filtering and are supposed to make it sharper, but I don’t mess with that.

I use retropie for everything before Dreamcast/N64.

Never had one or even used one, shall have to have a play some day.

I think you can get modified ROMs of older games that might improve the visuals slightly.

Right, I haven’t tried any modded games on the emulators.

remove the built-in texture filtering and are supposed to make it sharper,

I spent hours trying every combination of graphics option, none of the texture filtering options really made much of a noticeable difference to me in any of the games, though this was on the PS2 emulator. Might have used a better quality scaling and filtering algorithm to begin with where improving it more gives diminishing returns with the original texture resolution.

One of the issues with ML upscaling on Cyberpunk is when objects in the distance suddenly begin to look odd because the fine texture gets a bit washed out.

But that’s because they appear to be upscaling the entire frame.

If the individual textures are upscaled separately, on the fly as the texture file is read, before being mapped to a model, and of course before any perspective warping occurs; I wonder if that’d look pretty good whilst also retaining all of the original feel.

Because a new texture pack alters the look and feel of a game.

I should add I get why they don’t do that in Cyberpunk because it would negate the performance benefit it was designed for.

But for enhancing old games automatically? Could be really cool.

Just belatedly finished the last side quest in Cyberpunk. Ive already finished the main quest a while back. Now there’s nothing left to do but just walk around taking screenshots.

Been playing a couple of things the past few months.

First, @nose I took the plunge on Mass Effect Legendary Edition. I’ve had very few issues with it. I think it has crashed on me like 3 times, and I’ve played all the way through the trilogy once, and am about halfway through with a new character. It runs well pretty much all the time, just about every glitch from the old games is fixed. Highly recommend if you want to try Mass Effect. I forgot how much I liked them, I’m pretty much not playing anything else right now.

The other thing I played before then was FarCry 3. Oh man, it’s been a while and that game is even better than I remember. First of all you’ve got Vaas, who is just a fantastic villain. But the other thing that game does well is about the opposite of ludonarrative dissonance. I explained that concept about six months ago, the short version is that when the game says you’re supposed to be a nice guy in the story then it gives you a knife and teaches you how to stab people in the back, that doesn’t gel. FarCry 3, you are pretty much out of your element and out of control from the start. You’re killing without training, with what you think is good reason to start. Then as the game wears on, you’re having fun with the systems. Luring enemies into a lake filled with crocodiles and watching everything die so you can just walk in and take the loot, wiring an enemy base up with explosives and blowing them all to hell before anyone knows what happened, and so on. And then you get to the end of the game. You’ve saved all your friends and secured transport off the island. All that killing you did, it’s done, right? You didn’t want to do it after all, you just had to so you could get home. And then the game asks you - do you want to leave, quit playing, or do you want to stay and try out another wild idea for murder funtime? And you realize at the same time as your character, that you may have started killing to survive, but somewhere along the way you started killing for fun, and you have to ask yourself if you really want to give that up to go back to being an average joe in the civilized world. I couldn’t appreciate that when I first played this 10 years ago, but now I think that’s some of the best open world storytelling to ever be in a game. The entire time the game is telling you that this is “Alice in Wonderland” meets “Heart of Darkness”, and it really delivers.

BTW I chose to stay, attempted to parachute out of my car after driving it off a cliff to blow up in the enemy base below. Didn’t go so well.

All the Far Cry games are great imo, except maybe the first one and Primal. Didn’t enjoy that one myself. I recently bought FC2 again after having sold my old boxed copy of it ten years ago (paid like 3 bucks for a new digicopy) and the world is fantastic for an older game.

Far Cry is great until those god damn guard posts regenerate for the 100th time.

The Ubisoft open world game loop got so old to me.

I do hear FC5 is baller though