My name is in the credits for Bioshock 1, QA Localisation…

Nice! What is this exactly?

Testing a game from a translation point of view.
Second lowest job in the game industry, just one step above QA.

You have to start somewhere.

Localization can be tricky. I actually considered being a translator a long time ago and did actually run a translation dept in a market research company (Ipsos). I decided not to follow through with getting diplomas, etc. because being a full-time translator is lonely and harrowing at times. It did pay very well back then. Prob not as much these days though - with AI gaining momentum and “basic” translations being often started with online tools.

Yeah, I can see the problems with open world design. I enjoy going my own way, tackling things in the order I want, exploring, etc. But that can take time and experimentation to get right that you may or may not have the patience for. I have to admit that I was pretty frustrated the first few hours because they don’t give you a map, you HAVE to explore to form the map, and that’s it. Most other games you at least unlock the map in chunks or you can buy parts.

To me, the ‘levels’ as you’d see them in non-open world games are the things like outposts or story missions in open-world games. They give you a focal point to aim for, but the freedom to come in and attack it from any angle you want. There’s a lot I like about that, but I think that can give them a diluted feel because you normally are only going to take on one at a time, complete it, and then the next one is some distance away so you have time to scope it out and prepare for the next one. A linear game, meanwhile, the pacing is much more up to the devs and whether they want to put you through 3 hard-ass fights, a boss fight, and then another fight, or whether they want you to take your time and enjoy the scenery, etc.

And then the other problem is that these open-world outposts are usually made of the same few parts arranged in different ways. So you can get a little deja-vu now and then if you’re trying to complete them all. Meanwhile, a linear game, the devs can focus on making each encounter look and feel unique within the game if they want to put in the effort. To be clear, good open world games minimize these issues, but they are still there to some degree IMO, even in a game like Ghost. I find myself playing almost any open-world game by the end as a game of checking boxes off a list more than finding a cool new way to tackle a new problem the dev has thrown at me. At that point is it still a game or has it become a chore?

But still, it is an experience I can go back to and enjoy as much as I can a more linear story for those strengths in open-endedness.

I hate horror games, about the scariest thing I can kinda play is OG Portal. Yes really. Being locked underground with a psycho killer AI who just wants me to do puzzles until she gets bored and kills me is enough to freak me out.

I looked into it. Surprised, but apparently it is not. My bad. I am useless when it comes to horror games.

Guys, I need a recommendation for a good PS4 horror game…one that’s actually trying to be scary.

I would highly recommend Until Dawn. 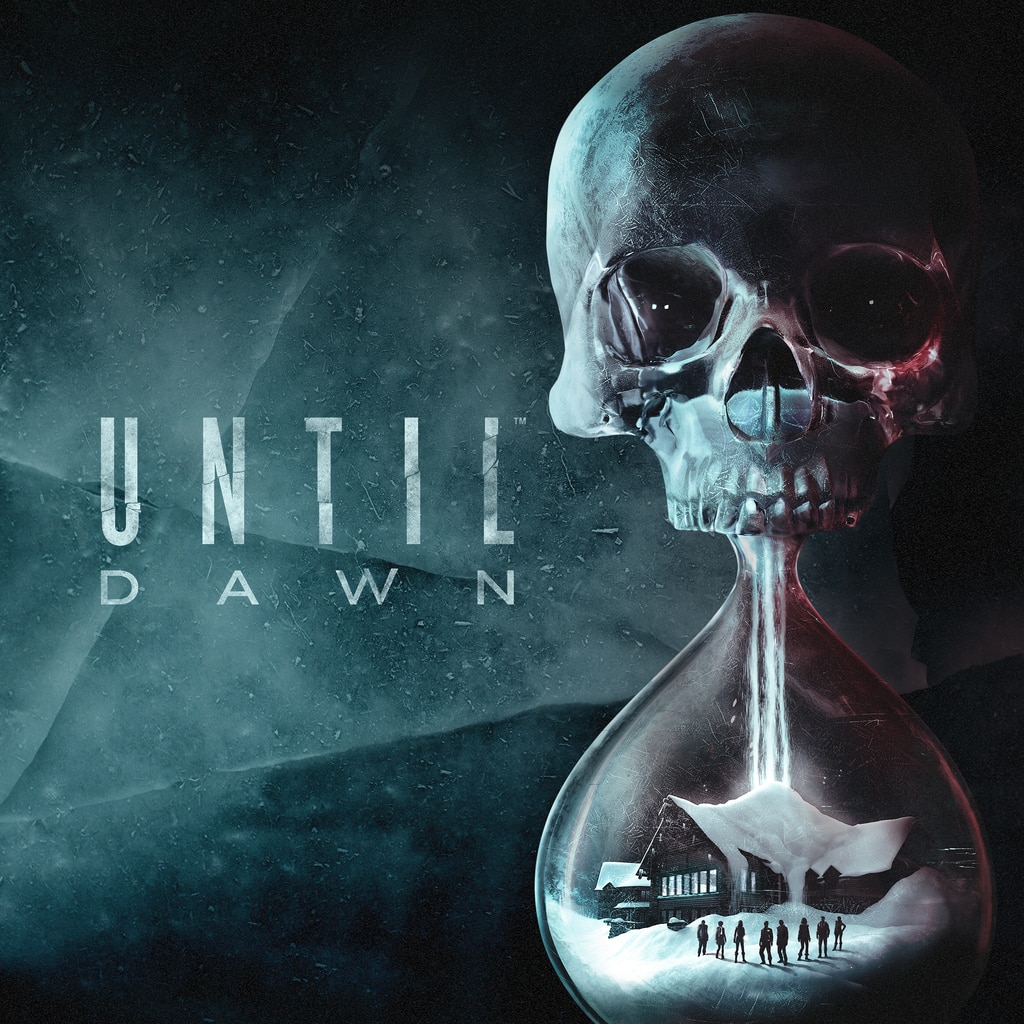 Only Your Choices Determine Who Survives Eight friends are trapped together on a remote mountain retreat, and they aren’t alone. Gripped by dread, with tensions running high, they must fight through their fear if they all hope to make it through...

I disagree on this, I really wanted them to die but unfortunately I managed to save the one I liked the least…

But still really fun to play, I also recommend the 2 ‘sequels’

Is Siren Blood Curse available on PS4?
I’m one of the lucky ones who had P.T installed on their PS4, shame I lost it when I moved to Ps5, that game was the creepiest thing ever!

P.T. is ridiculously good. I still have my PS4 with the demo installed and play it every now and again. I really hope Kojima returns to horror, it was the most promising demo I’ve ever played.

Nah, JK, I enjoyed playing that one and relaxing. Never really scared me at all. Just got a new hard drive for my PS4, so re-installing some stuff that I let slip before, and that one is installed now.

I’m really interested to see what Kojima does next too. He’s got a pretty sweet instagram account, usually posts pictures of trees or the movies/music he’s consuming.

I think I played so hard today and yesterday in starcraft that I have a red eye !

I disagree on this, I really wanted them to die but unfortunately I managed to save the one I liked the least…

hahaha you only saved one? I managed to only lose 2, if memory serves well.

Yes, at first I was ready to hate them all but some of them grew on me. Especially liked the fact that some characters that are usually massive douchebags (in this type of movie) were not in this one.

Haven’t played Man of Median & Little Hope yet but I have them. The wife is a fan of this type of games.

I’m (finally) playing Heavy Rain on the PS3 but I’m not entirely sold. Some good parts but I don’t really care about the kid surviving or dying, frankly.

P.T. is ridiculously good. I still have my PS4 with the demo installed and play it every now and again. I really hope Kojima returns to horror, it was the most promising demo I’ve ever played.

Fun concept and I also still have that demo but nothing much happened when I played it. After I don’t know how many circles I kind of lost interest. Does a lot happen if you keep going?

@moodorf - If you’re into entirely unnecessary pain and intense frustration, try The Evil Within.

This game must be revered in masochist circles.

I lent it to a friend a couple years ago, of course he never brought it back but I never asked him to bring it back either

hahaha you only saved one?

3 I think, but one of them I wanted dead from her first line on screen…

Men Of Medan and Little Hope are good too, not as good. Little Hope was weirdly paced though.

Does a lot happen if you keep going?

A lot no, but what happens is really cool and creepy, with a few jump scares. There’s a few things you need to do, which are never explained and you’ll need a mic too if I’m not wrong.

Got the Alien RPG by Free League. Not read much of the splatbook yet, only about 36 or so pages in. It has some absolutely delicious twisted game mechanics that I can’t wait to unload on my lil group of players. Stress dice had me in stiches. Just like it will with the players

I can’t lie to you about your chances, but you have my sympathies.

Right up front they warn you that the players are likely to try and kill each other before the Alien possibly even gets a chance. Anyone remember the Paranoia RPG? (No, not that CPRG of a couple of years back, the original goodness). It all came flooding back and I cackled and cackled.

I’ll write more about it when I actually run it. Atm we’re doing a Pathfinder thing which is a hoot - my toon is a slayer/cleaner, which is like someone who kills then makes the crime scene spotless, or gets paid to hide the tracks of someone else who had a need to remove a… problem. Not much call for the cleaner part yet but the stabby stabby is a laugh.

Anyone remember the Paranoia RPG?

I 'member.
If you want to host an online session I’m in.