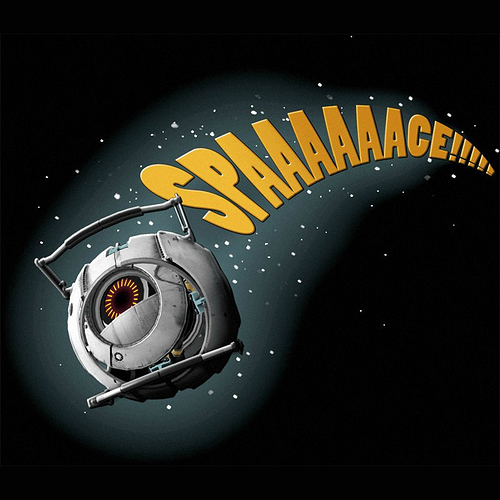 Sometimes, I like my music to take me places. It can do that in mulltiple ways, but a couple of my favourites are covered by this theme. So.

Make me some music that either evokes a sense of space (through creative use of panning/delay/reverb to build a 3D image in my mind, or… make a space-ambient piece.

Honestly, I’d be super-pleased if everything was space-ambient, but I don’t think that’s everyone’s bag and I’d love to hear what places/landscapes you can build for me as part of a tune.

An example of giving the music a 3rd dimension can be found in the guitars at the start of Pink Floyd’s Wish You Were Here:

And so the rules:

In the event of a tie, the battle host will decide the winner.

Ps: All skill levels welcome. Feel free to leave a blurb of feedback to the submitters. Please keep feedback constructive and don’t be dicks to each other.

Bumping because no else is

Through The Wombs Looking Glass In Cm - TvMcC

In an unknown sector of space and time, high pitched screams pierce the still air of Neoptica. A alien mother cries out in the final stages of her labour. The skin of her stomach stretch to translucency, allowing a view of the dark, warm, and quiet home her body has made for the life-form inside.

The pull of the birth seems to draw a connection to the fetus from all living sentient beings. The surge to the outside world begins to take hold, pulling the creature out of the cocoon it was only just becoming conscious of. The calm of the mother’s womb is dissipating as the child is pushed into another state of being only to find it as empty, silent, but more vast.

The mother passes her final fluids, and the child stumbles about its new environment. They both make loud screeching noises, and take flight to embark on the new journey of life.

PS: The story was the hardest part for me, thanks for he stems/samples/sources and good luck all!

I’ll try to get in on this once my current project is done.

I have never done a contest before but I’ll try my best.

Sorry for the double post, I’ve got ready before someone commented lol

SPACE
Where am I? Here, there are nothing and everything.
I’m stepping on the void, but I can clearly hear every step.
There are plenty of echoes, but not a single wall for the sound to refrain.
Everything is perpetually changing, but as we walk by we pretend to freeze space and time, and shaping it for our needs.
Are we walking? Or just drifting?
If there is no answer, enjoy the ride.

I have always felt that space as we mean it is something that common people can barely understand the basics. So everytime I think about space, I think about someone drifting trough space, sounds and time and basically it’s the feeling I have tried to put into this track.
Thank you and enjoy!

@Baro - hey bud, sorry to read you’re having this issues!

click on the little thingy in soundclown (looks like a square with a arrow pointing to the right), then grab that address they give you, and try pasting it here.

Nope it doesn’t work, the simple https link also.
Thank you for the help, I’ll try to figure out how to fix it. I have looked at the source of the page and there is nothing unusual in the link
Best regards

I’ll just dump this because I don’t think I’ll have the motivation to make it into anything coherent or extend it without just repeating it.

As for where or what the space is? The disjointed space inside my head I guess.

Hey um I was working on something but I scrapped it and started over yesterday. I’ll probably finish and post eventually, but feel free to proceed with the deadlines etc.

whoops im late again. i meant to mix it and do some more embellishing on things but i kind of burned out on this track along the way. i’ve included a poorly cropped image from the movie Oblivion 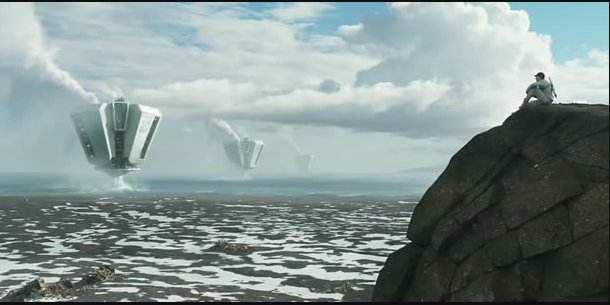 Unlike a lot of people who have a lot more free time rn, I seem to actually have a lot less.

We definitely have enough to start voting with. Not wanting to hold things up much further, shall we say voting closes 8pm UTC Apr 4th?

@Baro - Like the use of panning and the overall textures here. sometimes things got a little too swirly as everything felt like it was moving a little too much, but hey the OP did ask for a sense of space

, and it feels like you got some space between sounds for sure! Little glitches here and there also fully appreciated! one thing that did feel a little off to me was the bell,. felt like it’s dynamics needed to be tamed a bit.

@Trebesch - Really fun, and pretty use of the samples. Everything sounds really well thought out, and like afull fleshed out sortta james bond vibe! snare was a bit much, but hey still overall sounds pretty nice!

@stemcollector - didn’t know where this was going to go, and then the drop! gave us wobbles, sound design, and a fun time! like how the parts move as the song transitions.

@7asid - From the start when the bell drops I felt a sense of calm! Bell sound was tamed, and the structure really got me going! Felt like a bit of a modern pop dance song. Like AIR meets Cibo Matto, all taking acid and jamming out. Song took a few different direction which the listener doesn’t expect.

@bfk - Anytime you make a song and it’s not overbearing with just granular textures, it really showcases your actual growth! Really enjoyed the way you played around with layering elements so that it feels like some sources are in different rooms, and even creeping just below other sources! This was like a cross between industrial and ambient nose, and was a delight. The ending was a bit sudden it felt like and maybe intentional?

Gave everyones track a few listens, and my vote goes to @7asid.

@Trebesch
Is who i vote for

Sense of space - . melody section composition at 1:11 reminded me of old progressive/psy/mathrock. I vote for this track only because of those 2 verses.

What is space - i feel it so i dont know either

Additional -
Sync with 4/7, 11/2 sounds ok.
Overall, snare is too loud, kick quiet.
Drum pattern itself is not appealing to me except polyrhytms

I dont have time to write about everyones track…
Really. More luck and work next time…

I think you indeed played around with space plenty I dug the panning of things. I like the slow chord progression accentuating the busier soundscape underneath. The sustained bass def contributed to the vibe but it also drowned out alot of subtler elements too much for me. Some stuff was getting a little lost in the mix like those snare rolls etc. All in all i dig the track

@Baro I like how it both feels busy and minimal at the same time. Lots of space and movement. The kick feels a little too massive but it does have a pleasant timbre. I enjoyed the structural movement, strung together by the clock-like hats.

@Trebesch Sweet cinematic DnB. Feels like the credits music for a Guy Ritchie movie or something. And yeah bond-y vibe like Tv said. I dig the chord progression and the rake of the strums is sweeeet

@stemcollector That lead is so fucking cool, i love how loose and unceremonious it is. It feels like someone whipping a bedding sheet around but musically. The high pitched stabby pad is cool but I’m not sure about the dissonance in it. It certainly adds drama, but the combo of that+ how up front in the mix it is makes it an element of discomfort to my ears mix-wise. The wobbles and beat work well to lay the foundation for what the foreground stuff is doing.

@bfk yaaassss. i love the glitchy texture combined with the pretty and sometimes dissonant, evolving chord progression. It reminds me of Tim Hecker’s early ambient techno stuff but it’s got its own thing going. The beat could’ve used a bit more pizzazz if you will but I also appreciate its driving simplicity. I like the abrupt end.

My vote is between bfk and stem. I’m gonna go @stemcollector but I seriously enjoyed all the subs!

@TvMcC pretty impressed with the composition of it, it continuously evolves…want the drums to be louder but it the quiet drums actually suite the peice well…and the sound design on all the instruments is top notch…you did really good with this…

@Baro a honestly its bit simple, but the use of space is effective, was hoping that would be more going on melodically by bringing in other elements…nice work on the drum

@Trebesch sounds like this was done quickly because of the mix, almost dnbish but not really somethings are louder than others and the arrangement, i feel like more could be done composition wise

@stemcollector, kudos for making it vaporwave, but honestly i don’t listen to much vaporwave…

@7asid, liked what you did with this,very chill and soothing in a sort of way, its like dark but there is a brightness to it if that makes any sense

honestly i just woke up and am sort of groggy so…

but anyways my vote goes to tvmcc

@TvMcC
nice atmospheres, and structure. found myself zoning out to that droney strings for whatever reason. made for some chill background vibes. good stuff.

@Baro
love the use of granular textures you did in this. great use of stereo space with those granular textures too. also nice clear mix. overall kind of reminded me of something off of incunabula. great work!

@Trebesch
the strums are what sold me on this. howd you do that? love the scale and chord progression too. its not 3 minutes but who cares. love it!

@7asid
sounds like a spaced out version of the portal 2 soundtrack. or like mass effect presidium background music. either way love the arp melodies and pads. i kinda felt the initial drop was a little loud maybe in contrast to the quieter intro but thats probably just a simple mix adjustment. nice work!

@bfk
sounds a bit like dayvan cowboy crossed with outpt by autechre. the drums are fly af too. dig the slow build structure you got going on wiht this one too.