I’m wondering if there’s any music out there that samples Metastasis or Rebonds B? Can’t post links because I’m nub.

Seemed like you were trying to post something actually interesting and not spam so fuck yea brah. Not my taste, but there are breakcore fans all about this bitch who will likely respond in time : )

Rebonds B. I love that piece. I wish more breakcore artists had studied percussions. If it exists I don’t know about it.

Check this out though. Composition for derbuka and gamelan

That is so awesome! Love the grooves and this derbuka gamelan combo! Definitely feels sample worthy for some interesting music

This is pretty off-base, but really the only thing I could think of that kind of combines breakcore and orchestral type stuff. 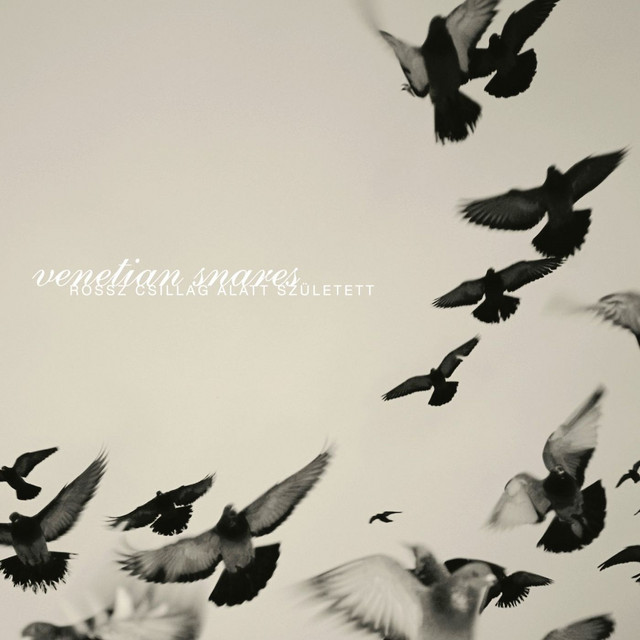 I’ve listened to this album many times before. It’s definitely a my particular favorite from Venetian Snares. Though I wonder if it’s inspired others to take similar inspirations?

Not Breakcore but considering some of what is being posted you might dig this…just an amazing piece of work with breaks and all kinds of samples.

Do you ever listen to Benn Jordan’s stuff? (The Flashbulb)?

He combines orchestral stuff a good bit, some cello, strings. His variety is pretty big but the album “Arboreal” showcases a good jazz/orchestra/idm blend

Never heard of Benn Jordan before, I really liked Arboreal and Piety of Ashes. I definitely hear the jazz influences in his stuff which is pretty cool!

yeah, there’s a lot of breakcore with strings out there, but the strings are mostly used to add epic, not with the timbral/atonal approach xenakis has. Some tracks on Rossz do sound like contemporary classical breakcore, but stuff like igorrr’s baroquecore, some ruby my dear, frog pocket, or nero’s day at disneyland, is not what I would recommend to someone who’s heard the pieces in the op. Maybe I’m wrong.

sure
there are examples of electronic musicians who compose longer pieces, or meld electronic and more traditional forms, or even collaborate with composers. It’s not all beats. (this is idm forums godammit)

this one is a favorite of mine, though very low key

I mean the wall isn’t that high to climb

This is what I’m talking about Lug. These are some awesome shares!

Ralph, Outsider Blues, and AKO are very reminisce of the 20th century avant garde (that included people like Xenakis). It’s actually kind of awesome hearing this fusion for the first time. Is this like some sort of underground scene that I’m not aware of?

oh yeah, Badun and Icarus were really creating music in their own personal style, although you’d say it was related to the IDM scene. Icarus is a duo from London, their first album was very beat-driven, but they moved to more experimental live electronics later on. Check out their albums All is for the best in the best of all possible worlds and I tweet the birdy electric. They haven’t made music as a duo since 2014, but they continue to make music in a style that would be closer to free improvised music, and they release it on their label Not Applicable . One member of Badun is also part of that collective.

The original mix for the track Outsider Blues is drumfunk that samples slide guitar and all kind of slap bass and flute, that remix by Icarus really transforms it into something else. But if you liked that track by dgoHn, Ralph, you should check out that label Pinecone Moonshine. It’s focused on drumfunk, and they had a great reputation at the beginning of the 2010’s. The original artists don’t make that much music anymore at the exception of dgoHn who released a couple of outstanding singles at lovelove records (an album is coming next month). I’d suggest digging to the bottom of that catalogue.
Subtle Audio was also a netlabel that was huge in the drumfunk scene. There were some great artists on there, though the production tends to veer more toward the jungle/drum’n’bass side of things, but still usually with an ear for eery atmospheres.

Glad you liked those tracks!

I will definitely be checking all of these out. Thanks so much man!

i concur about vsnares possibly sampling him and maybe even blaerg may have resampled, but who knows

I have done some things, where I have sampled Xenakis, but Jonchaies:

Towards the end of this one:

And here is a mashup where I used Xenakis throughout the track:

And finally, I have actually used Metastasis, but for a mixtape. In the beginning of this one: https://www.mixcloud.com/jesper-steen-andersen/note-to-self-mix-march-2018-bangers-mix/