The books we are reading

I think tolkien was more influenced by viking lore…mixed together with celtic and druid mythology more than greco roman myth.

Viking and germanic myths some overlap…
Druid and celtic somethings are similar and somethings arent.
Greco roman are the same though…

Thanks, that’s a good point for sure! I probably have to dig deeper, but what I read about these myths so far is more about stuff like fire vs. ice, melting and more classical stuff like secretion or sweat. I’m looking for music-related ideas of creation specifically, and some early greek philosophers (not the myths though afaik) was the only thing I could relate to these ideas so far. Many cultures had some god for music or something similar, but I’m wondering mostly if there are ancient myths that relate the creation of the universe, earth or humans to music directly, like the music of Iluvatar in Tolkiens universe. I really like this idea of music sparking creation and anticipating (or creating) history.

IIRC, the first book of The Chronicles of Narnia, Aslan brings Narnia into existence by singing. But all of that is just a re-telling of the bible more or less, so I wouldn’t count it as its own mythology.

Thanks, that’s interesting! I never read the books, only watched the movies and don’t remember that part (if it was mentioned in the movies).
But I have read that people also relate the Tolkien creation myth to the bible, like equating the music to the word of god (or the word that was god) or the “let there be” phrases in Genesis. I had hoped for some more directly music-related ancient sources but maybe it really was “just” a modern, maybe philosophically inspired interpretation of Genesis…

In college, for a history term paper I was going to write about the role of music in the ancient world (for about a week before I realized this was a difficult topic to narrow down and research for a freshman non-history major). In that time, what I gathered was that the earliest surviving records (not necessarily notated/recorded music, but historical mentions) of music developed as a means to enhance worship - keeping the group in time and helping everyone to remember the words of the scripture because it was a song now, not just script. So in a sense, religion created a need for music, and not the other way around. I think that’s why there’s a lot of gods of music, but not really any creation myths involving music that I’m aware of. The creation mythology tends to come first, and then music comes to help make it accessible to more people.

Good points and a lot of food for thought! Religion also contributed to the development of written language as illustrated for the temple context in ancient mesopotamia (organizing the big temple-based economy and so on), but I think music goes deeper than that. You don’t need to really develop a complex system for it, people can just bang on some things to make a beat and there are very ancient musical instruments such as 40.000 years old bone flutes where research involves a lot of guesswork. IIRC stuff like bullroarers are thought to originate from communication over longer distances and bone flutes are attributed to social aspects such as strengthening groups - in what way that was ritualized or had religious aspects is hard to say afaik. The social thing makes even more sense when taking into account that rituals such as raindances are often thought of as having survived because of the “secondary” effect or latent function of strengthening social bonds or promoting solidarity in hard times.

I think music in the context of religion got written down in later times since it fulfilled a systemic purpose whereas what people did in their free time was not written down - only when it fulfilled an additional purpose such as letters or trade or legal documents. On the other hand, religion had a very different role than today, for instance texts in which we learn about everyday problems of people often have religious aspects since they were written down for some incantation or something similar. So I guess a close connection to religion is not surprising, at least in the time of big organized and centralized religions.

Reading the Silmarillion rn… Read a few pages when I was much younger, but found it extremely boring and was disappointed that it was much more abstract than the The Lord of the Rings. For some reason I picked it up again. It’s a really strange work, like a mixture of fictitious historiography and fictitious ancient myths, woven together with a multitude of fictitious names (“A” is also called “B” by X, “C” by Y and “D” by Z). Not sure why but I kinda like it much better now.

Tolkien was a well known Anglo-Saxon and Old English scholar. I recommend reading Tom Shippey’s “The Road to Middle Earth,” though it focuses on language in the LotR you get a lot of cultural stuff as a bonus. It helped me get into the Silmarillon, though I have never read it straight through. I went to a lecture of his at John Carrol University in Cleveland, OH and got to meet him at a party later that night. Really nice guy and very willing to answer basic bitch fanboy questions lol.

Thanks, that book sounds interesting, gonna put it on my list! If you happen to meet the author again at some other event, maybe you could ask about possible sources and inspirations regarding the music of Iluvatar (I think it’s mostly called the “music of the Ainur” in the Silmarillion). Would be awesome to see what he has to say about it especially since he’s open for fanboy questions hehe.

Will do. I met him almost 20 years ago but if he ever came to a Uni in Ohio again I would go. 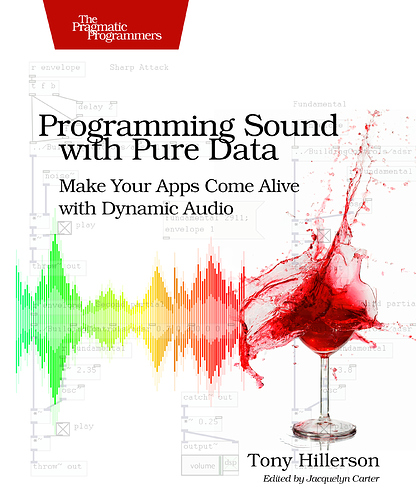 Got this for about $4. Really digging the secondhand book market’s prices these days

Idk…either the book is mostly fluff…or i have good reading abilities.

But again i could be wrong being that ive only read 20 pages.

Synopsis of 20 pages ive read in the 50th law book…

everythings a hustle…
Keep hustling because hustle is the reality.
Everyone hustles…
Hustling is just normal life…deal with it and dont complain…

Imo he is both right and wrong…
Will read further later…

I was big fan of Tolkien in my youth. I devoured all of his writing and anything I could find about him.

The Silmarillion was not meant as a story… in the sense of a novel… it was developed as background material to create a more or less cohesive fictitious ancient history and mythology of Middle Earth; including language and culture.

Tolkien was first and foremost a Philologist and studied ancient languages of Northern Europe. The Silmarillion is structured like those studies, but with imaginary history, culture and language.

His development of several fictitious languages and systems to write those languages, along with a deep history may be unparalleled in literature.

My understanding is that The Silmarillion was basically an outline in preparation for trying his hand at telling a Grand Story… that would keep the reader’s attention and imagination engaged. Nearly every chapter in The Lord of The Rings alludes to the World outlined in the Silmarillion.

Reading LOTR again after the Silmarillion and noticed a few more things with regard to music I didn’t remember from way back when I read it the first time (also forgot how different the books are from the movies, but it was a long time ago when I read the books):

First, beside the music of the Ainur creating history, Tolkien gives music a dominant role in another sense: when the hobbits meet Bombadil, one of the oldest entities in middle-earth if I understand it correctly, he uses music to exercise his power over living things in his region such as the big bad old tree that is trying to capture the hobbits.

Second, every few pages in LOTR there is another song… These are very often based on ancient stories that are also included in the Silmarillion and sometimes completely written in one of the languages he invented.

So music was not only a powerful world-creating and world-shaping force in the world Tolkien created, but also an important way for Tolkien in his writing to give a deeper background to his story without diverging to much from his main storytelling. It is interesting to see how important music was for Tolkien’s work in multiple ways.

[Edit:] Even though I like the movies, these thoughts and all the stuff excluded from the movies kinda make me wish there was another movie adaptation with more sense for the music and storytelling aspects and less focus on fighting and war…

Even though I like the movies, these thoughts and all the stuff excluded from the movies kinda make me wish there was another movie adaptation with more sense for the music and storytelling aspects and less focus on fighting and war…

So, a musical? If nothing else, worth a stage production IMO.

Also, I think having the stories from the Silmarillion passed down as songs makes a lot of sense cannonically/historically. Before writing, ancient stories were passed down by pure memorization one generation to the next, and that was way easier if you set it to music and called it a song. That’s why all the early written works are in some sort of meter (I remember hearing Iambic Pentameter a lot in english class back in highschool). Just a thought to add to what you were saying here.

A musical would probably be awesome!

Not that I’m the biggest fan of musicals in general, but I like musicals that are a bit… unexpected?

And yeah, it makes a lot of sense to think of it in terms of memorization!

Havent been reading as much as i want to…

Been trying to go outside and touch grass as much as possible.

The book was not an entertaining read…

However it does deliver philosophical and allegorically.

Id recommend it for philosophical purposes.

Better to read the seed that planted a tree as opposed to reading a branch of the tree.