Share any music production tips and tricks you discovered

There’s this really cool plugin I use a lot called Lossy that simulates MP3 and streaming quality loss. Anyways, there are some cool ways to achieve that sound without paying for the plugin. Like, resampling by rendering an individual track or bus in your project as a really low-quality MP3 can be pretty cool, you get these underwater-esque artifacts straight from 2002. You could swap in the MP3-ified sound at certain moments to like punctuate something or shift the tone of the track for a bit or blend it in with the original or whatever.

Randomized volume automation or a chaotically modulated tremolo plugin could be used to simulate streaming packet loss. If you have access to random LFOs you could use one to modulate the speed of a square LFO that modulates the volume so it’s randomly turning on and off. If you don’t have software that has random LFOs you would just need to chain a bunch of sine LFOs together (each one modulating the speed of the next) with the last one modulating the speed of a square LFO that’s modulating the volume. Messing with the depth of the volume automation or the wet/dry can make it more subtle of an effect.

I’m in the Brian Eno camp where I think a lot of really cool effects (distortion, vinyl crackles, tape warbles) arise from controlling the failures of specific medium. Makes me wonder if people in the future will be loading up 128 kbps MP3s onto their old first gen iPods for the nostalgia.

^ SpecOps has an ‘mp3fy’ effect which is basically like a shortcut on what you mentioned. Sometimes those artifacts are perfect

SCORE EDITOR
So much ez to draw patterns/notes 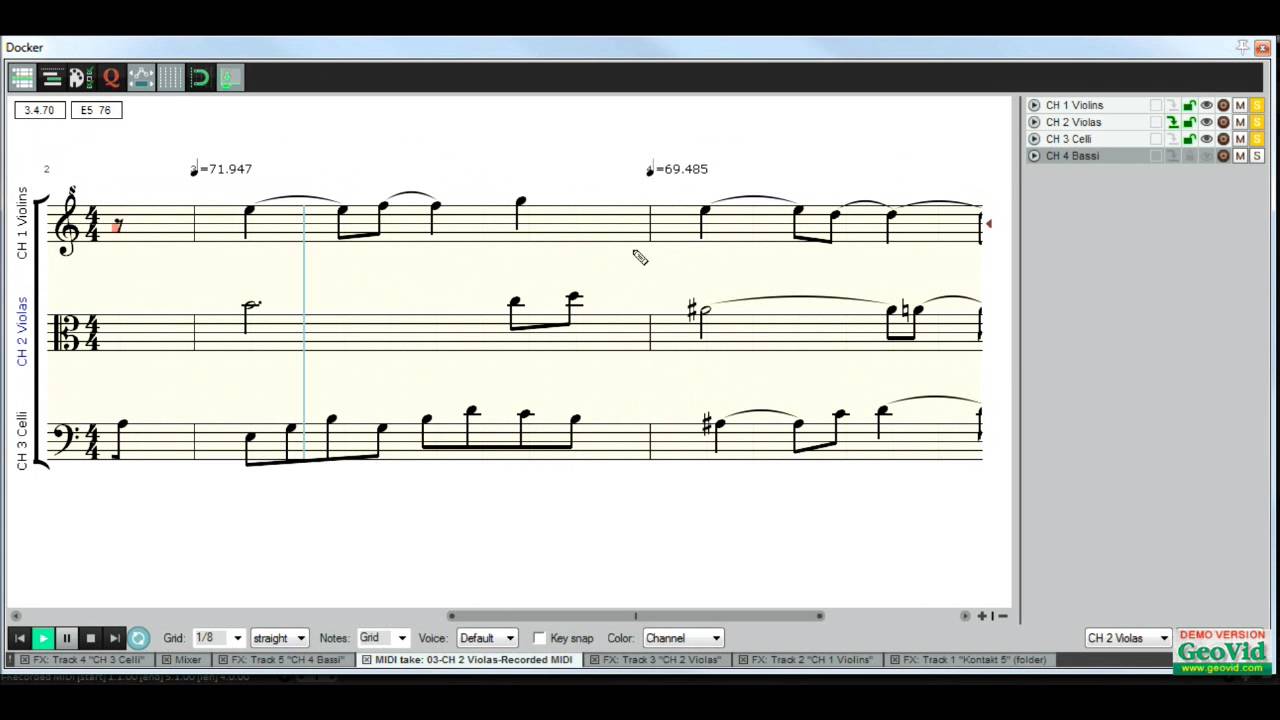 When you know what is musical composition then your music will lift up by 1000%; of course you must don’t forget mixing/mastering