Share any music production tips and tricks you discovered

For a moment I thought that was 3 million USD worth of UVI soundbanks. O.O

I do my sequencing in jeskola tracker so a lot of my tips are very DAW specific regarding commands (retrigger and reverse).

For a moment I thought that was 3 million USD worth of UVI soundbanks. O.O

No … my UVI sound bank is way much lighter that this 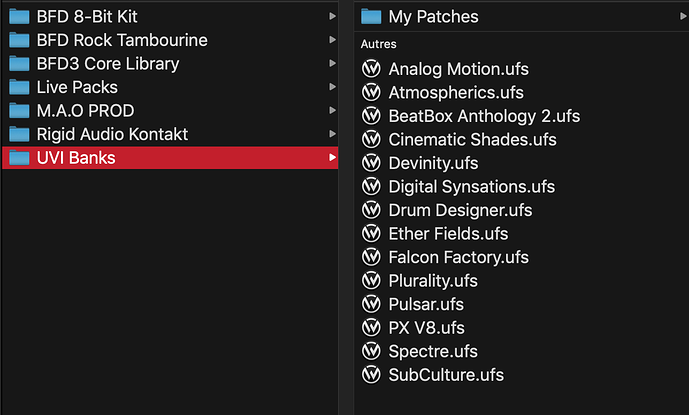 Reversing a sample treating the reversed sample with reverb and rereversing the sample back…instant ducking fade in.

got something similar to a vaetxh sound by Using maximus with a wierd envelope with random settings on the attack and release, post, pre, threshold, etc…to destroy the transients of a beat sliced glitch sequence after I turned on the looping feature modded the volume, pitch, and filter parameters with envelopes and lfos to get glitch effects and layered it with some other stuff that is granulized and timestretched…will make vid about it soon.

Good to know it’s not just me. I’m on WIP 17 on my current endeavor… here is an example of my mixing sessions:

Next morning… rinse and repeat

At the end of the day, if it sucks in your car…no one cares how good the rest is.

I think I learned how to use the limiter correctly in the summer. But then for some reason I forgot about it.

My advice is to use a limiter. Learn how to use it. And Yes, I’m not talking about the limiter on the master and on the tracks. Maybe I’m using it as a compressor, I can’t explain it. But the limiter decides. Mix with a limiter.

Here’s some tips specific to Ableton I discovered recently. I hope you like reading!

When freezing a track, be mindful of the bpm, as well as other clips in the same scenes as the frozen track’s clips.

…So, that is confusing. What I mean is:

Take a particularly resource heavy track. It might have a bunch of plugins and junk, it might have a lot of samples in it which eats ram, etc. So, you want to freeze it to save on cpu usage, and you can then flatten if you want to ease up on ram usage if that’s an issue.

For those who don’t know, freezing is like bounce in place in other daws, but with the option to un-bounce if tweaks are needed. Once you flatten after freezing, then the devices and plugins on the track are deleted, leaving you processed audio only.

So you freeze the track. Everything’s fine and dandy, lower cpu usage when the track is playing, etc. But then you notice something sounds… Off. You aren’t sure right away, but slowly you realize that the track’s volume isn’t ducking anymore, but only for certain clips.

Another issue is having the bpm set improperly when freezing. In my live sets, the bpm gets changed song to song, and if you freeze at one bpm but play at a different one, the audio will be stretched or compressed and you’ll hear live’s default stretching algorithm instead of the sound you want. I made this mistake when prepping my set, so thankfully I caught it while practicing.

One last technique regarding freezing.

I was encountering cpu overload on certain songs, which set me down this path of mass freezing. Turns out, the biggest drains were the drum tracks of a few songs. So, I froze them. After duplicating them, of course. Because you can’t freeze a track that has a sidechain routing to it. In order to keep the trigger separate from the actual drum sounds, I just duplicated the drum track, froze the duplicate, and deleted all the unnecessary devices from the original track, leaving only the kick and sometimes snare that were being used as the sidechain triggers. No unnecessary midi data in the clips, no unnecessary audio devices or plugins after the sample or synth. This fixed the cpu issue entirely, and I get to keep my sidechains!

layered drums sound much thicker and more authentic.
I put distortion on almost anything

I’d add that you can actually pitch said drums up and down on the duplicate layers, to get thicker/lush sounds, while keeping the same sample kit. Plus, you’re able to level the volumes differently. So you have a bit more control. Also, in some instances, you’re able to pan left and right, or even delay because you have great control.

Also, clicking the little D at the lower right side in Live, brings up track delays. From here you can delay certain elements by ms to help with layering different bits. Let’s say you quantize much of your stuff, you can then use this to delay your Melody slightly or even parts of your drums, etc.

Very useful for pads with medium-short attack times, where you want the full loudness right on the beat instead of slightly after.