It’s free for now, and not sure if anyone here already knew about it!

Samplebrain chops samples up into a ‘brain’ of interconnected small sections called blocks which are connected into a network by similarity. It processes a target sample, chopping it up into blocks in the same way, and tries to match each block with one in its brain to play in realtime.

This allows you to interpret a sound with a different one. As we worked on it (during 2015 and 2016) we gradually added more and more tweakable parameters until it became slightly out of control."

so confused, let me make sure i understand, your saying they wasted their time (20yrs) to do this, and ableton already does it?

Edit i re-read the vst description and i totally misinterpreted it.

it’s a really fun bit of gear, hope ya get a chance to check it out

I’ve watched a few people mess w this on YouTube. Someone said, it feels like we’re being trolled. Based on what I’ve heard the app do, I’m incline to agree.

Will report it on the GitHub, thanks for saying such

LMAO that would be horrible, especially since so many credited magazines, and writers have done PR for it…

Thanks for posting this @TvMcC! It looks like something from a slide of a “how to not design a UI” presentation, but the ideas behind it sound very interesting! I skipped through like 5 or 6 different YT videos on the tool to see what sounds it can produce, and after 3 really uninteresting ones (that made me think @RFJ is right with the trolling idea) I got one that had some really cool sounds and evolving patterns (from what I could gather from these vids I think one should be very careful with that fft slider?). Def gonna try it out soon!

I’ve been trying it, and working with the dev team since it’s release, and can say most of the vids do it little to no justice…will probably have a tune demonstrating what I’ve gotten done with it soon as well…but to each their own…once again …would be horrible for Richards name if this was a trolling (could be that I have no clue what trolling actually means 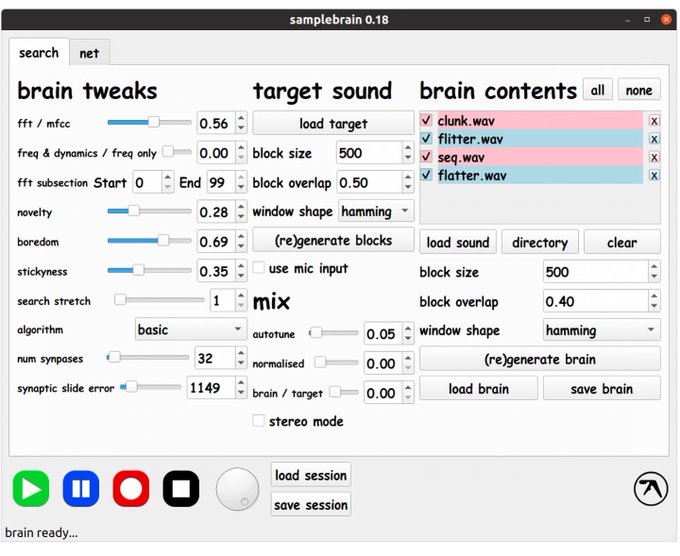