Careful of the sizings. Those mofos are larger than most gfx cards and need more space in the case. And more power connectors too.

i am doing a ryzen 9 build.err i was.buuut no stimulus so dunno.i do have a wishlist on newegg. 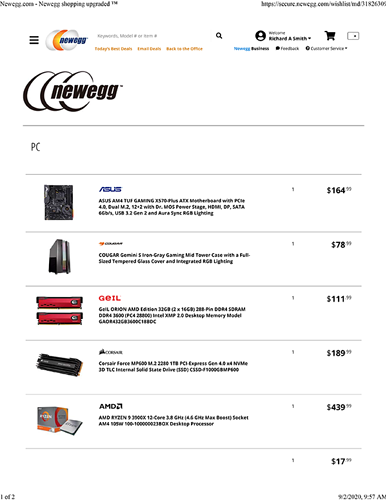 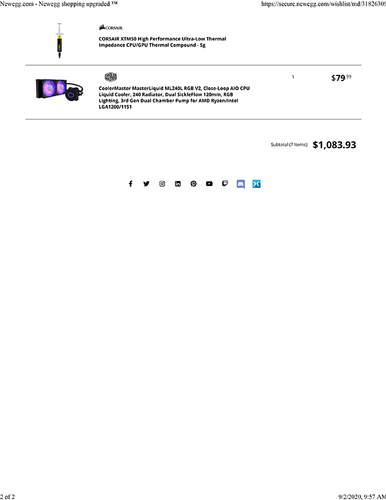 No worries, I’m using a pair of 8-pins as it is and I have a Dark Base Pro 900. Tons of space in there for graphics activities. I’m going to wait a few months for driver maturity and see if prices don’t dip a bit for the holidays (I doubt it but who knows?).

Nice motherboard choice! IDK why but I always seem to end up with an Asus TUF board when I look around for price vs. feature set. I think I and all my friends have been using them for like 6 or 7 years now.

Its pretty crazy how accurate some of the leaks for the RTX30 series were. People didn’t believe a lot of them at first. Leaks are looking promising for AMD’s next lineup in Nov too.
Also Nvidia partnered with Samsung for this series instead of TSMC, and TSMC is years ahead of Samsung (presumably this is part of why the RTX30 series are power hogs). AMD’s new GPU is gonna be with TSMC, so could be very promising.

Regardless, this is the GPU generation I’mma get in on for sure, either 3080 or AMD’s equivalent. Been wanting a good workstation GPU and I’m glad I waited.

So even if you’re an Nvidia loyalist and want in on the new generation of GPUs, I’d wait for AMD’s ‘big navi’ GPU coming in Nov. Some leaks today revealed that there’s supposed to be a 16GB version for $550, if that’s true I bet Nvidia will drop a 3080ti with 20GB of vram, or maybe even a 3070ti with close to the same vram as big navi.