I will never stop crying, Vlantis.

Looks like the second job I picked up might have been worth it, as I am now on the list for a Covid vaccine. We shall see.

Did you do it all for the COVID vaccine?

who has awakened me from my slumber

I’m near Los Angeles… serious war zone. Covid has taken down close to 50% of my comrades… and the cry from above is “no excuse” get back to work and no deadline extensions…

Not fun… and the Vax is still scarce here.

That’s quite tough, here I’m asked to work from home and don’t personally know anyone who died, which makes me understand how lucky I’ve been so far.

I feel you. It’s just plain scary here. Thankfully I’ve just decided to work 100% from home for the past few weeks. I have to go into the office eventually, but when I do I plan to make it an evening so I don’t run into anyone. But yeah they’re straight up not taking people to hospitals if their survival odds are too low and LA county had to reduce smog restrictions so that crematoriums can catch up on their backlog, which is apparently weeks at this point. My aunt got it, but she seems to be doing ok at home. I personally know 3 people who’ve had their first injection now, my mom works for the school so she gets hers in a week or two I think, as does my grandma. It’s bad, but I’m hopeful - they say the night is always darkest before the dawn and all.

I’m also fortunate to work at home… but I am directing and support lifelong friends and close associates in the field. Sometimes I feel like the responsible act would be to shut the whole thing down… but then I realize some of these people need the work and their situation would be dire without it.

And I know some people who have died… and some who will. Not just work associates but neighbors and friends… fortunately not family… not yet.

Looking forward to the summer… and 2022 beyond.

It’s tough to hear about, that’s for sure. I’m lucky enough that I’ve got my first vaccine shot. I have no idea what it’s like in some of the bigger cities.

I had my friend and her wife over for karaoke yesterday, and we technically obeyed the rules, I even sprayed down my mic with alcohol, lol! I’ve known many people who’ve contracted it and were fine, and many people who THOUGHT they contracted it only to find out they didn’t have it. I don’t personally know anybody who’s died from it.

We got two lines down at the factory because of Covid, but on the bright side, my “work-wife” and I haven’t had to work with one of our annoying as fuck coworkers for the last three weeks! I hope they transfer her useless ass if she comes back.

It’s also winter so production slows down, so my day job has seen fewer hours.

It’s been interesting hearing people’s reactions once I said that I could get/have gotten the vaccine. It’s either “Oh my god, you’re so lucky!” or straight up “I’M not getting one.” I’m not one to judge, but I just can’t help but think “Cool! Have fun home schooling your three children for the next five years!” Ugh…anti-vaxxer redneck bullshit…

After moving back into town, my parents keep trying to invite me to travel out of town and go out to eat (these are the same parents that were restricting my travel due to Covid concerns for the three brief months I mistakenly tried to move in with them, mind you. You know…my OLD parents who are more susceptible to Corona).

Yesterday they invited me to go to lunch in some crowded ass sports bar (some restrictions have been lifted here) and after asking if it would be inside, I politely declined. During my walk uptown to talk to my friend at the magazine shop (yes, we all have masks) my parents saw me and yelled “Hey! We didn’t go in! There were too many people!” and I told them I was proud of them.

I saw my friend’s car parked outside of a fully opened local packed shithole bar/restaurant and went inside just long enough to say hello to her, because we’ve been at odds with each other lately (when are we not, though!

) and I wanted to make sure everything was all good. In and out, fully masked. Not many other people were though. She just got out of quarantine two weeks ago, too. Just have a beer with your boyfriend at his place, sheesh!!

I don’t get it. It’s cheaper to eat and drink at home, anyway. I’m as extroverted as the next person, but I don’t need to surround myself with a bunch of people right now.

About the work from home thing, that must be nice (or boring (my cousin does it and she’s going a bit batty)), but yeah, if I don’t show up to either jobs I’ll be fired.

My heart goes out to people around the globe, because it’s happening everywhere. I’m very thankful that fate lead me back to my boring hometown two years ago.

On a lighter note, I should be hanging out with a lovely lady on Wed, which is always nice. She’s a rapscallion for sure, and we’ve quickly developed a great camaraderie since she showed up in town. Also, I rarely spend money on shit these days, but I upgraded my PS4 Pro hard drive to a solid state drive today, which is pretty cool: 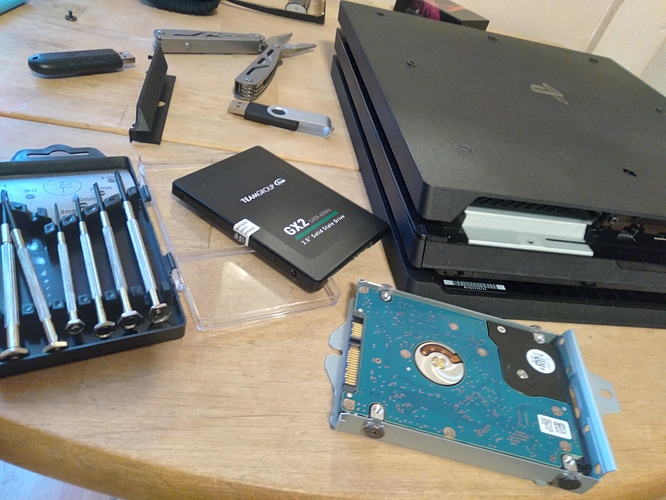 Second vax scheduled for the 17th. What a shitshow. No more vaccines scheduled inside the school, but I got a heads up from a janitor. Scrambled and constantly checked for an opening at the hospital on the correct day and date aaaand I just got in (it was full 30 min ago).

Also, fixed a bunch of shit under the hood of my car today. Noisy belt, and the transmission was rattling around because it was missing a screw.

Also, because I know everybody cares, I replaced the battery on my PS4 controller so it now gets ten hours: 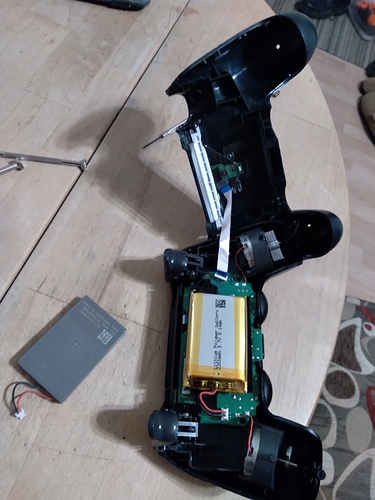 I keep forgetting that there’s a pandemic.

Vaccine #2 has officially been administered.

So now you’re part of Bill Gates robots in stand-by?
We should ban all you G5 whores, who knows what you’re telling your masters…

Yeah, the response to this vaccine stuff has been…interesting. The people most afraid during the hard lockdown last March are now the ones saying “Fuck THAT shit!” In regards to getting vaccinated, and these are rednecks who’ve already been quarantined multiple times without pay because they just cant help breathing all over each other at the shitty small town bars that surround this area. These people HAVE gotten shots before, yes??

I made more progress with rescuing what I can of my old music since my last computer crashed (thanks again to @nose for the sweet trade). Getting closer to finishing my Musical Reclamation Project. It has Life in Ruin on it, which might make @Roo_Stercogburn happy.

No work at my first job tomorrow (not much construction in Winter, which means lower window orders at the factory), so I’m going shopping with somebody in preparation for a very small cooking party on Sat (we’ve all been vaccinated).

About to watch A Nightmare on Elm Street II: Freddy’s Revenge

All is right with the world. I wish everybody reading this a very wonderful day.

That’s the gay one, right?

^Yep! I always liked it. It’s the one where Freddy is “defeated” by The Power of True Love.

I had the day off of work this afternoon, so I went on a hiking trip with a lovely lass and she showed me this: 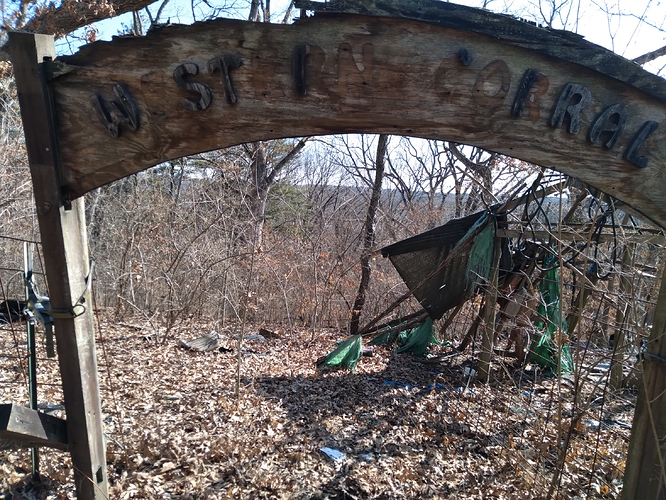 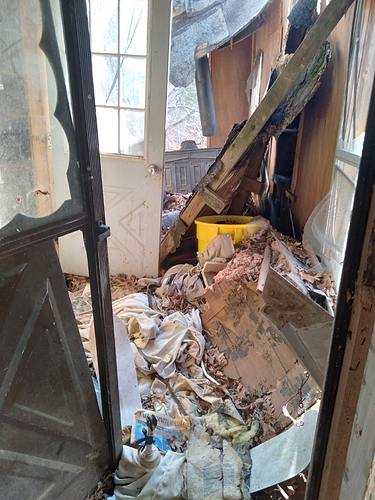 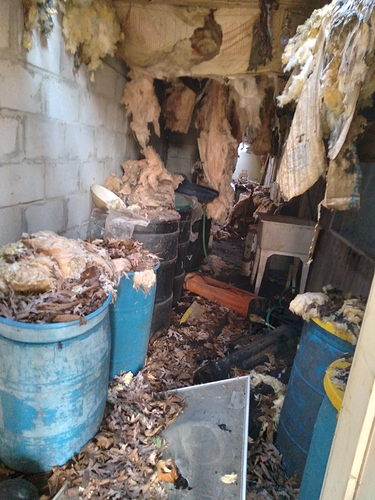 Got stuff planned for tomorrow, but in the meantime, I shall work on my music reclamation project tonight.