If you could what Vsts would you create?

I thinked about synthedit

I’m already created one vst is simple synth with Synthedit lol and it works
https://gofile.io/d/G3mW5A

A generative sequencer made using physics in a 3D space would be cool. Visualized by something like a buncha spheres bouncing, which you could change the amount of, and gravity of each sphere. I think something like this could be done in Unity fairly easily actually if you’re good at programming and resourceful (Keijiro Takahashi has open source stuff for MIDI out from Unity on Github). I kinda wanna make it but am lazy and not that great of a programmer.

Probably not what you are thinking abhout, but Serum has an image-to-wavetable function…

+1 for the physics stuff in Unity hehe…

had no idea, that’s awesome. I’ll have to look into that

So it turns out that multiband clippers do exist.

I got this thing for black friday and got to test it today. It’s scary. Took an already hot mix that had been through Elevate and was at -13 LUFS (which is already louder than I usually go) to -9 LUFS for .5 DB of dynamic range. Felt like I’d made a deal with the devil, and I haven’t even read the manual yet.

EDIT: Upon reading the fricking manual I made a convoluted gain knob. No wonder it was so much louder. But using it right now, it’s still helpful and a good post-limiter tone control.

This probably exists somewhere, but…

I was thinking about a grid-based sequencer that sends each gate out to a different FX bus. So basically, you could have like 8 FX busses loaded up with crazy processing, and this sequencer would route your audio wherever you wanted it to go on 16th notes, 8th’s or whatever you set the clock to.

This can kind of be achieved in Bitwig and other places with steppers and multiple chains, but I thought it would be cool to just have sequencer triggers do the hard part for me. And I could probably build one of these in a modular environment but my PC will probably die in the process.

Edit: Yeah, I figured out the routing but there’s no way in hell my PC could take that abuse

I’ve just always wanted to try out a notch filter with loads of notches that are adjustable.

A fully functional SP1200 VST, strictly 12 bit sampling and everything.

It seems that only me has created some VST And I abandoned SynthEdit. But SynthEdit still installed on pc and maybe i need to return to learning it.

There is already VST that shows your professionalism 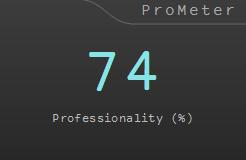 I wish I could automate all of fls sampler features

More specifically the sample start and looping and timestretch.