aka: I tried this offer so you don’t have to. 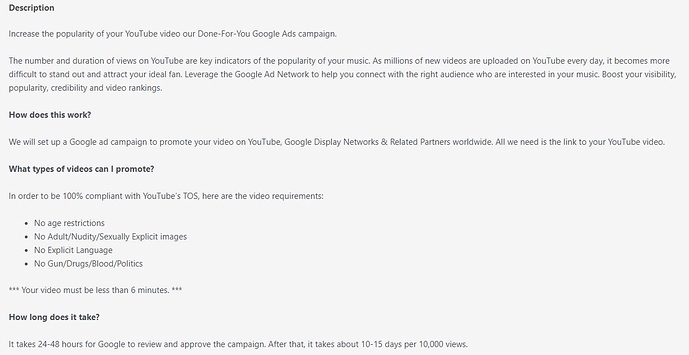 They have other packages that guarantee stupid numbers (over 100,000 views) if you spend a lot of money 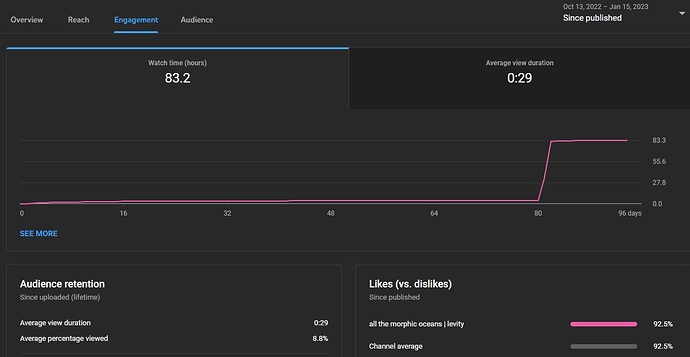 Geography: I am a star in 3rd world countries!

Nothing out of the ordinary there, looks quite spread out

Almost 75% Male then. Frankly, based on the countries that were targeted, I’m surprised it’s not 95% Male, considering how Females are treated and have limited rights in many of those places…

Yes & no. I did this to boost numbers, hoping it may make the video visible in YT/Google searches. Also, people are more inclined to click on a video with 10k views than 100-ish. If you expect any commercial/$$ returns, forget about it.

There you are! Now you know. I hope this was informative, especially since I wrote the whole thing and then mistakenly erased half of it, which was a major pain in the ass…

Any questions, do ask below!

thank you for the detailed answer

Thanks @morphic for all the info! At least it seems to be real people with a few subs and likes and not only bots - looking at stuff like ChatGPT I’m sure bots can like tracks and write more or less convincing comments, but I would expect some other locations in that case.

Yeah, it’s hard to get views without leading people to your channel in some form when you don’t have thousands of subs. I had a few videos reaching 1000 or in one case even 2000 views in a relatively short time without many subs, but there was always some form of external linking involved (one time, some pros shared one of my links to a video on twitter, another time I posted a video on a discord for a contest or posted the link on many other sites and so on)…

Judging from the videos I get in my recommendations, most are from channels I already subscribed to OR stuff I’m not interested in at all with many many views…

All without active marketing…

I figured ill let the quality of my music speak for itself.

I guess if anything make sure you get your chops in the music making department…and produce well mixed high quality music before marketing it.

In order to increase your chances of obtaining genuine fans…

Otherwise your listeners wont pay more than 5 seconds listening to your track if.

I know this because some of my bandcamp stats indicate a lot of listeners skipped over my music and payed no more than 5 to 30 seconds listening to it.

Yeah, in principle I agree but a few quick thoughts:

Im assuming most of my yt subs is from my tutorials.