Fav synths and VIs for playing with MPE instruments

The Seaborad sounds great to me in principle. I like the idea of being able to pitch bend continuous notes along the top or bottom in particular as compared to the Osmose. But I know a lot of people have problems with at least some of the 5 dimensions of control the Seaboard offers. Liftoff is one I know people struggle with, and a lot just disable it. So then you’re left with 4. The one kick-ass thing a Seaboard has that the Osmose doesn’t is basically a per-note modwheel with the sensitivity to where on the key you’re pressing and the ability to move that to do filters and such. But at introductory price, the Osmose is $100 cheaper than a similarly sized Seaboard (and that is the size range I want to be in, no blocks or 25 keys for something like this).

And I like the way both look in different ways. The Seaboard is so slick and futuristic it almost hurts, but the Osmose is almost the opposite, it presents the keyboard floating on top of the instrument, which sits underneath it out of the way, trying really hard to make you think its just a fancy keyboard.

The one kick-ass thing a Seaboard has that the Osmose doesn’t is basically a per-note modwheel with the sensitivity to where on the key you’re pressing and the ability to move that to do filters and such.

I thought the Osmose has Y-sensitivity, too? That’s pretty standard for anything calling itself MPE controller.

I was curious as to what MPE+ is, seems to be all about highest precision attack stages evar. Very detailed info about how Seaboard handles this versus the Continuum.

The grid layout was the thing I liked the best about the Deluge, I wish I’ll be able to upgrade to an Akai Force soon to have one back, sadly none of them were MPE, so my post was slightly off topic. 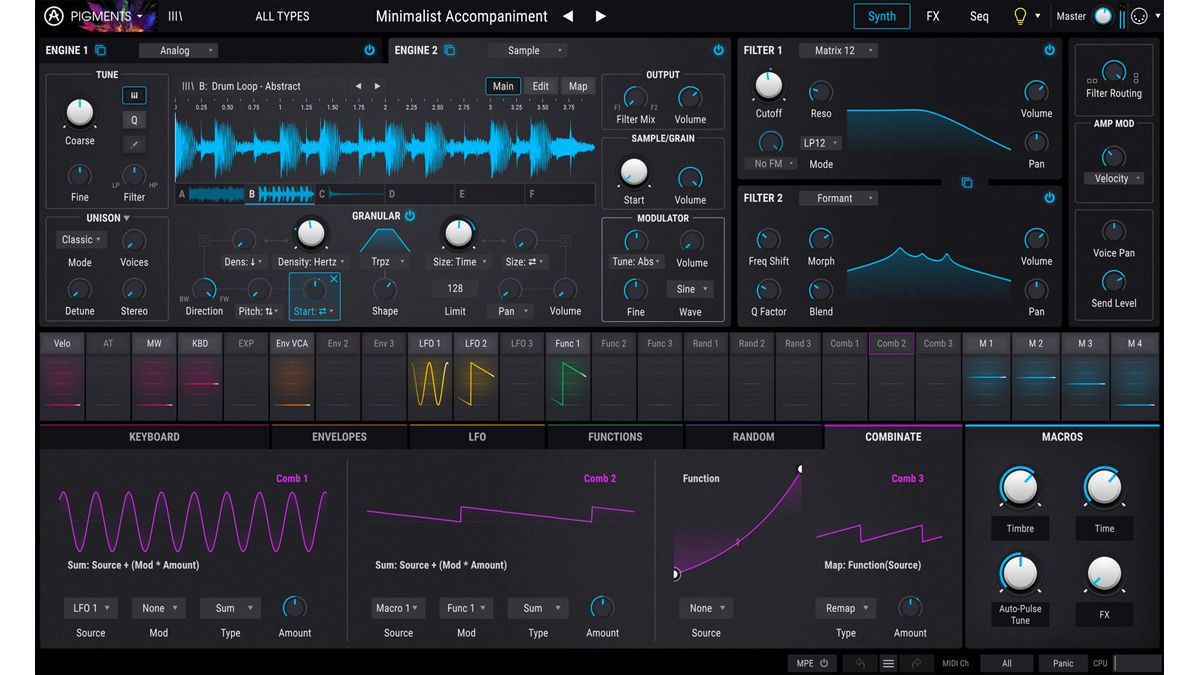 Arturia releases the Pigments 2 synth plugin: “To say we’re proud is an...

New sampling and granular engines are just the start