It’s not an evolution / revolution in sample based sequencing but it’s super fun, fast and makes very quick work of things. I’m also a visual guy, funny to say when working in audio, and the grid matrix makes laying down patterns super easy. With other sequencers I’m always trying to figure out where I am, this really takes that out of the equation because you can see everything.

Knob per function interface is super intuitive, haven’t had to crack the manual once when using it standalone. Did have to look at a few things to get in integrated with the tracker but other than that it’s been very smooth sailing.

Comes with some really great samples and the performance mode is really cool. It can really bring a loop alive in a multitude of ways.

Polyend Play paired with the Polyend Tracker. Play acting as main sequencer / sample player, tracker handles wavetable synthesis for pads, longer samples and field recordings. Hoping to get a video done soon, time will tell on that though…… 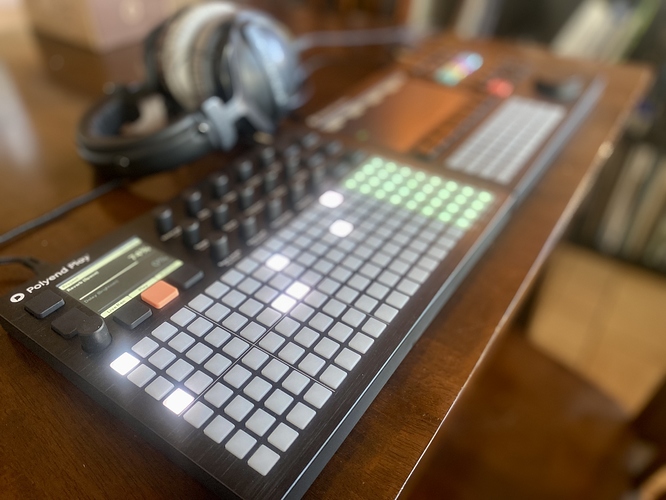 Honestly I think Apple just designed this generation of MacBook Pro thermals like trash (I’ve seen articles about it, and experienced it). They get super hot while the CPU meter I have says it’s sitting at 20-25%

Another person at my office came down with COVID. And management still says or does fuck all about it.

Anyone notice all these sampler plugins coming out, like, all back to back or basically all at once? it’s fucking bizarre o.O Easily 5 if not more from all kinds of devs. What the hell…

Mainstage was great, I really wish Apple saw the value in updating it.

I still use it for certain things, predominantly for autosampler. 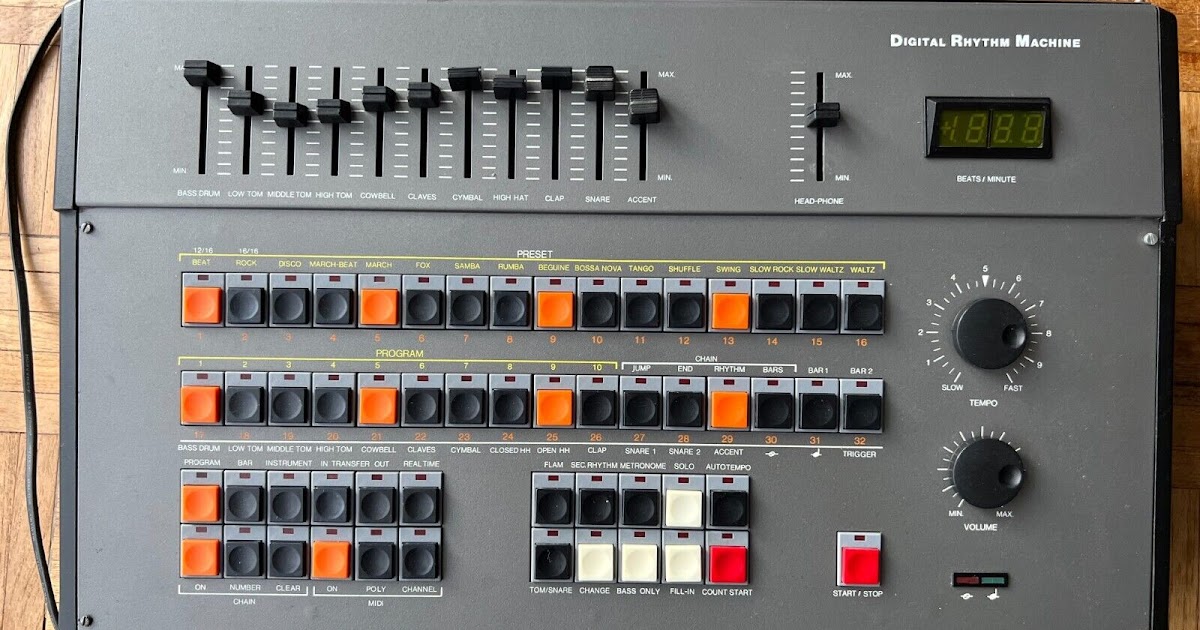 As a side note, I’m getting better at finger drumming, having a metronome on doesn’t make me panic straight away!

I was excited as I knew some stuff already but the new Mpc update is an absolute beast.
Even without buying the plug-ins.

What’s is great about my 2008 Mac Pro is the newest OS you can install on it is 10:11 from 2015.
Therefore just about all these new plugins getting released simply won’t install on my machine, it’s saving me a small fortune.

Treat yourself to a 2008 Mac Pro, it’s pure plug-in chastity

lol. I have an old iMac from 2013 in a similar situation. I think it’s capped at 10.15? Though there are ways to get even the latest OS but I forget the process/installer that’s used

But I work on a Windows machine these days, with just a MacBook Pro for portables.

But I thought the general consensus was that it was too limited?!??

But I thought the general consensus was that it was too limited?!??

I just got a track accepted on a compilation and it was done on the Syntakt then resampled of the MPC and finished there.
Those 2 are a dangerous combo.

And my Live ii came back from repair and I’m super happy, I really had missed it, using the Force made me realize how much I like the classic MPC workflow and why I’m not productive in Ableton Live.

Also, that new FM synth plugin on the MPCs is so well integrated!

Picked up a bunch of stuff at the tail end of Sweetwaters 36 month no interest “gearfest” financing promo. The main thing being a pair of Reftone Monitoring Cubes. Was looking at auratone / avantone but the reftones are slightly smaller and have a better frequency response.

I get with cube style monitoring the point is to focus on the midrange. However I don’t have a set of regular monitors so I bought these as a kind of compromise. Apparently they’re kind of like auratones with the music of today in mind. They still have a mid range focus but extend slightly lower and upper on both ends of the spectrum. They’ll also fit nicely on my rack whereas the auratones were going to be pushing it close.

Grabbed a new pedal from Walrus Audio called the Lore. It’s a reverse reverb delay soundscape type thing. Mono only but I’ll get the spread by running it through my trusty Meris Verb which I already had on hand.

Going to run both as a send effect chain for the Play and the Tracker. Grabbed a 1010 Bluebox to handle that, plus mixing and recording as I don’t want to have recording handled in the DAW.

Since coming over to amateur recording outside of the box the idea of an audio interface has been a turn off with my last several setups. Nothing against the box at all, I just prefer self contained systems these days.

I’m trying a new workflow with the Syntakt and Mpc and loving it so far.
I build a loop on the Syntakt, resample the individual drum sounds and chop the synth parts, then loosely rebuild the loop and develop the track on the Mpc. This way I get to work on one machine at a time.

Also made a quick shitorial on how to make a hybrid drum kit, with synths, samples and midi.
Which means I could even have the Syntakt as part of a drum kit on the Mpc…

Damn. Urs Heckman (U-He) gave away his Virus A. The deadline was back in March. I am disappoint.

So I did a thing…

EDIT: I’m still waiting for this to set off alarms, I spent 1K on a generator at Home Depot last week and that got denied until I texted that it was OK.

EDIT the second: It’s officially through. Here’s the reverb listing: 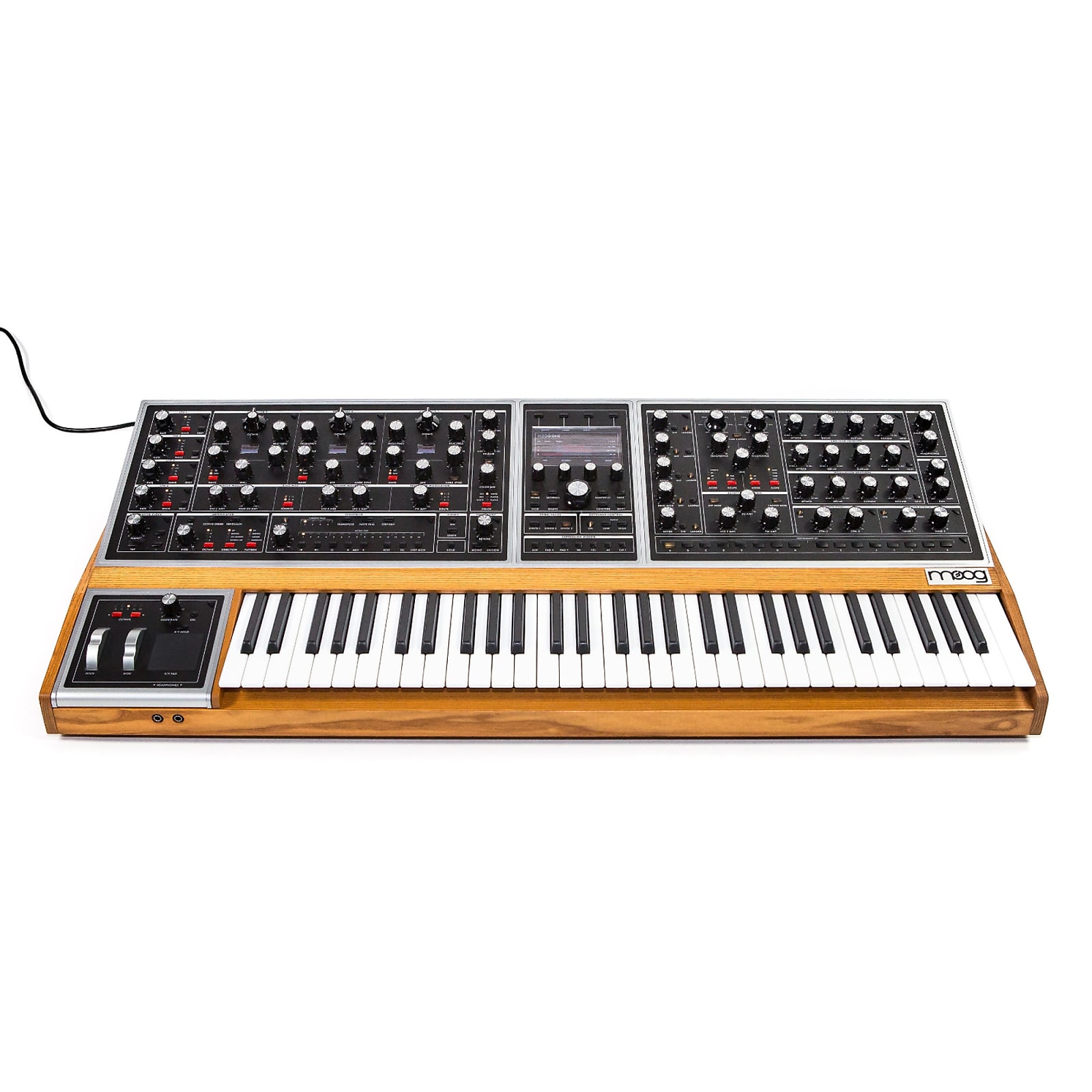 Reverb is a marketplace bringing together a wide-spanning community to buy, sell, and discuss all things music gear.

The band I work for has one. I’ve spent some time w it but not enough to really “get it”

Seems like a synth for doing big soundtrack-y sounds that dominate a mix. Think Hans Zimmer

Yeah, I got that vibe from it too. I think I said a few months ago I expect it to function kind of like a “Super Rev2” based on how you’d described it previously. There are a few Rev2 presets I want to re-make on the Moog (none of which I expect to be issues), and then I’ll probably sell that one on (unless I’m surprised I just don’t think I need two 5-octave keyboard synths laying around). I’ll have room for a few weeks to make that happen.

We demand a demo with a video once you get it. I’d love to see you play that beast.

I think I can make it work in the context of a symphonic metal band lol. It’s bizarre to think of, but it’s happening fairly well XD And certainly a lot easier to cart around than a laptop/key controller.

At first I was trying to use Kontakt for sounds, and that’s just a pseudo-disaster. It’s basically a hack/workaround NI probably doesn’t really want us using anyway.

I found a preset in the Chromatic Fire Expansion that’s really great for that typical lush symphony sound. Obviously I have pianos. I need to find a good choir, or I’ll just sample one… I have a decent Kontakt one called… Voices of Sirens that might work. There’s also a few in the Expansions I’m coming across but they sound kinda cheesy.

I guess when the singer and I get together this weekend, we’ll decide if I keep playing bass and she keeps looking for keyboards and drums, or if I switch over. We both like cyberpunk/darksynth/synthwave so maybe I can do drums, too. The lead guitarist will probably say he hates it

But I can also create metal drum loops and just launch them as appropriate or make a backing track. But I’d rather have a drummer for those sorts of acoustic kit sounds since that’s really, really expected of metal bands lol…