Pictures of your setup

That, a DJ mixer and two CDJs.

Still pretty current I think. Guitars come and go the most often. 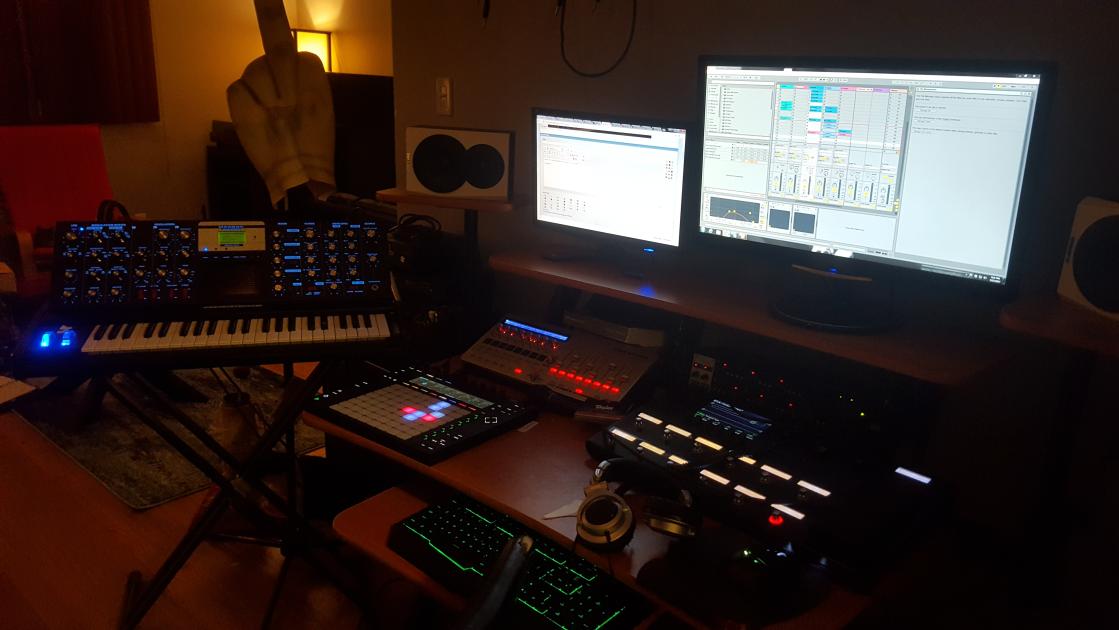 Just added a little touch screen originally for raspberry pi projects to my setup, just plug it in and it works on a PC, don’t have to download anything. It was crazy cheap, and I feel like it’ll help me map things a little quicker or just make some plugins more intuitive and fun to use. Granular and software modular synths are really fun with this. 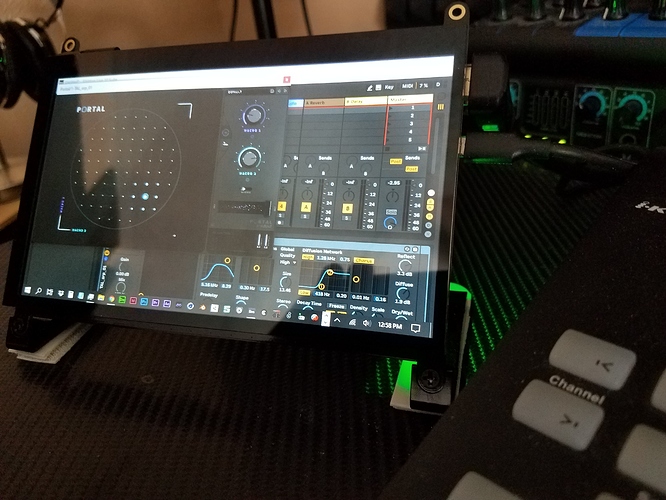 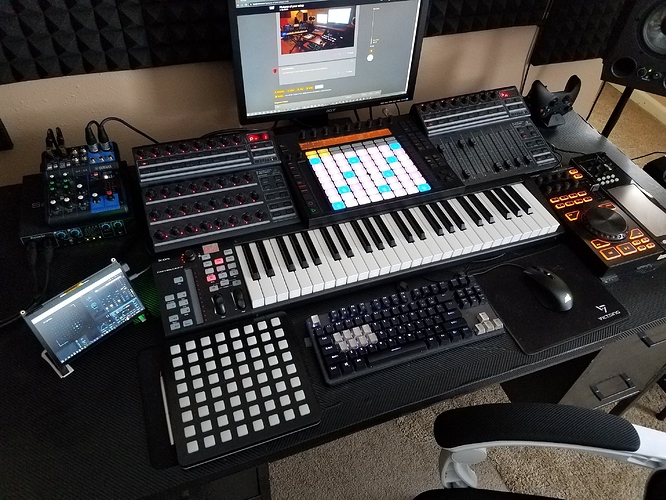 Anyway you could drop a link to where you got that screen? I’ve been thinking about getting one for my laptop so I can keep the mixer from my DAW there. Great idea for your studio btw.

Thanks, yeah I’m really happy with it! 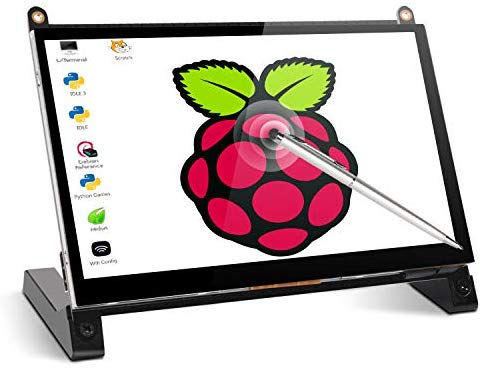 Oh dude, that is hella cheap. Defo going to snag one in the coming weeks.

nice, yeah I couldn’t recommend it enough because of the price point

this has me thinking… making plans…

oh man! that is hilarious! it is the back of my chair but that is just fucking amazing. hahahaha

If you have an iPad duet display does the same thing as far as I can tell.

If you have an iPad duet display does the same thing as far as I can tell.

Utterly shocked there is a Windows version, but defo checking this out! If it works this will be the most useful thing my iPad’s ever done for my music!

She was a great help to Grandad today, she patched the modular and then dusted a 4-track. 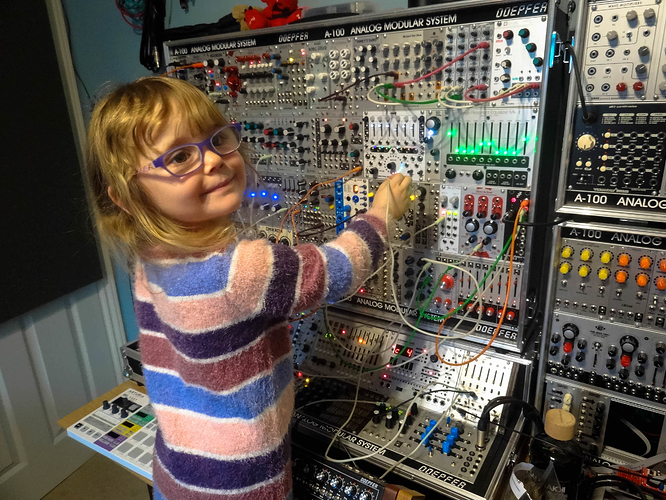 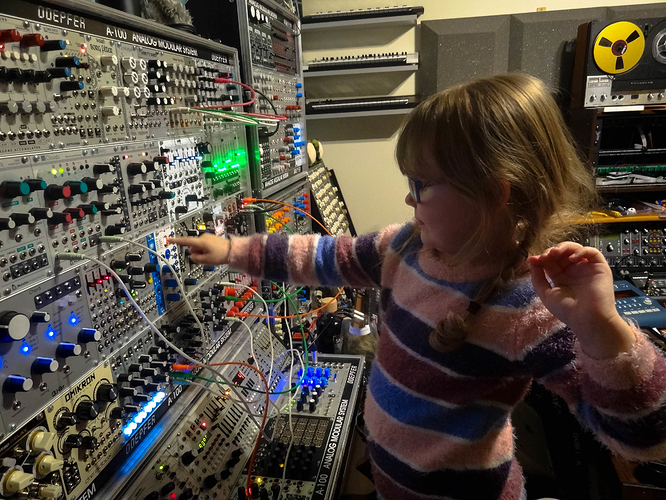 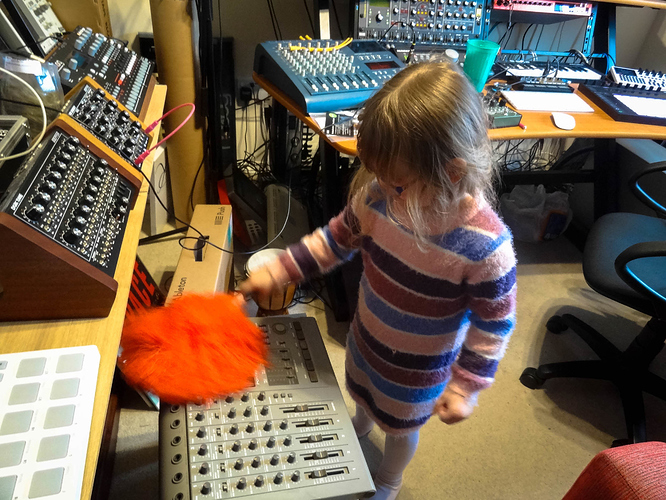 Duet doesn’t work so great as a touch screen in my experience. 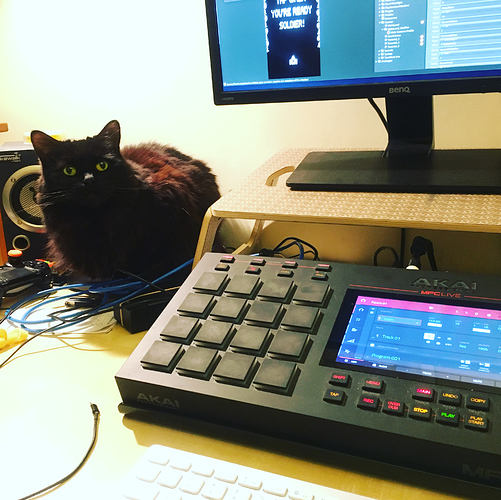 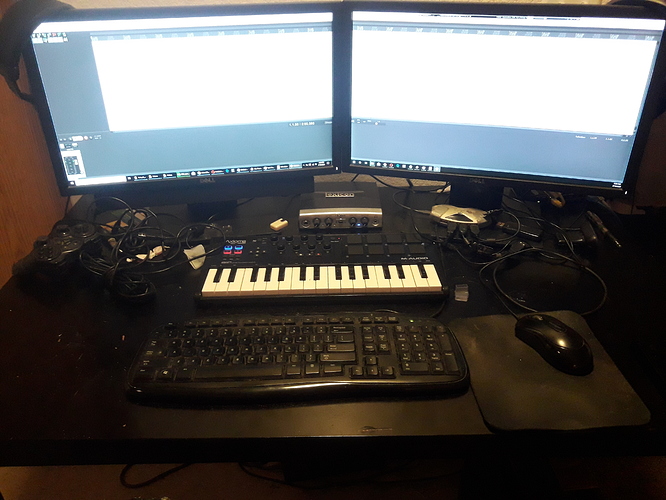 My current meager setup. Right now this stuff is connected to my i5 machine instead of the C2Q like it’s supposed to 'cause the monitors for the C2Q are in storage at the moment.

Lexicon Alpha? Nice I used to have one of those.

It’s my second Alpha. I had one a while back and had to sell it. Instead of buying another one I really wanted a FW interface and grabbed a FireWire Solo from ebay. My last setup was like this: 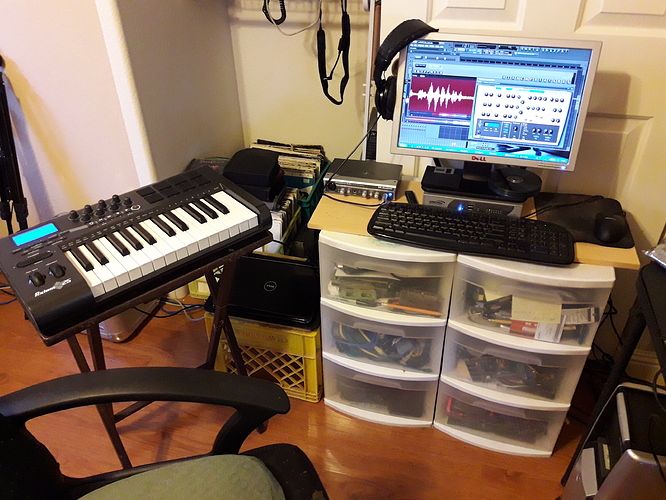 Had to sell all of that and I just got this stuff a few months ago.