As you likely know, there has been some discussion in the preceding months about the future of the IDMf netlabel. Particularly, who should determine our future and who should curate it. The mods (@relic, @Auto-meh-geddon, @RFJ) have reached out and tapped @Metaside, @nose, @White_Noise and I (@Jayson) to try our hands at curating the label.

To be clear, we are not mods, nor do we have administrative privileges. We’re just the guys trying to come up with fresh ideas for the netlabel, which includes input from all of you. We together drive and create the content that makes IDMf what it is today.

You can get in touch with us if you have material you’d like us to consider releasing, or have an idea for an event you would like to see run. We as a team will be handling the scheduling, promotion, releasing, of the music, and anything you can’t or don’t feel like doing yourself (except for making the music). By the time you read this, the IDMf Netlabel Demo Submission Policy thread should be updated with our new label email (IDMF.submissions@outlook.com), and we’ll get it to the right place if you PM any of us.

We as a team would like to thank the mods for giving us this chance to make the netlabel as awesome as we all believe it can be. We also hope everyone will trust us when we say there is nothing we want more than the best for your music and the music you love coming out of the community throughout its lengthy tenure on the web.

So what does this look like in practice? We’re still committed to the Date Night compilation, and @nose has taken lead at this stage of the release. We also have a release the prior team committed to and will see through with a new exciting announcement coming up! This will be announced shortly, so be ready to get hyped for that!

Going beyond, we’re still getting our backend up and running. There’s been lots of talk already about new ideas for release platforms, promotion, community involvement, and more. We still need to solidify a lot of things on our end, so please be patient and give us a few months to figure this out.

Our hope is that we can make the netlabel more accessible than it’s ever been to a wider variety of artists and listeners alike. That means more people should feel free in submitting to the label, and allowing for more people to hear what comes out of it. We plan to have more exciting announcements and progress for you in the coming months. 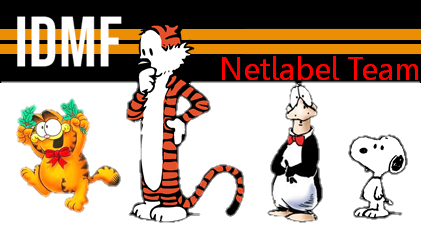 Thank you all for passing/accepting the torch…

This relative noob is in awe of what came before and looking forward to being some small part of what is sure to be an eventful and inspiring future.

We’re proud to announce our newest member of the Netlabel, @Creepr!

Creepr will be taking up the public relations position, and we look forward to working with him on our current and upcoming exciting projects!

Metaside is officially stepping down due to schedule conflicts and time availability concerns - he has been a helpful voice, and will remain in the wings as an assistant to the arts department as he finds time.

To round out this announcement, and to make it a bit more clear, I’ll fill in the rest of the team now that we have some structural organization in play.

By these 4 powers combined, WE. ARE. CAPTAIN. NETLABEL! 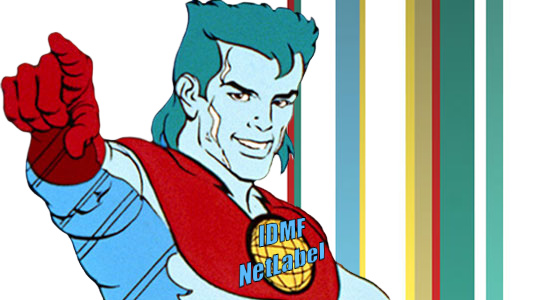 We’re proud to announce our newest member of the Netlabel, @Creepr!

I’m sure you recall that just before the fall, you, me, Redman, Dr.Sleaze and 3 or 4 others I can’t recall (i can picture a couple of the Avatars) were in a Soundscape competition with the theme “Outer Space.” Some cool soundscapes came out of that… had a “family listen night” (with cocktails) that everyone enjoyed… prompted some intelligent conversation about music and sound design…

The Forum went down on the the night the voting was to start.

That was the one that A.M. organized right? I did a track for that too. There was some good stuff made for that comp. Definitely something we could bring back down the road.

And thanks for the welcome. I appreciate it!

That was the one that A.M. organized right?

It was, I talked to him and he told me to carry on without him when I was ready, but I have yet to have the time and I’m not sure if we’d get much in the way of work coming in. I suppose it’s been long enough and the place is busy enough that someone could start a feeler thread. By no means do I have any need to be in charge of that, feel free to pick it back up (this goes to anyone who’s interested). I’ll should still be able to make time to do stuff for that.

I miss A.M. and his soundscapes!