So, sitting around in isolation it occurred to me that I could really use some new cans. I’ve always wanted some good open-back headphones but didn’t want to spend enough to get good ones.

So I looked around and realized that Sennheiser has discontinued the HD600/650 and only offers the more expensive 660 S now. Looking around at prices, the 650s were going for less than the 600s for some reason and it seemed like a good time to grab a pair.

So I just got a pair of 650s. Man, I wish I had bought them a long time ago! Not quite as good as listening to loudspeakers but about as close as it gets. Also, they’re warmer than I expected, neutral but musical. They don’t get tiresome like my HD280s and they’re so comfortable. Surprisingly my DAP can power them without an amp, though I have to turn it most of the way up.

A good pair of headphones is essential for a home studio, especially if you can’t treat your room or don’t want to or whatever.

I’ve been rocking a pair AKG 702/701s for some years. I talked Sweetwater into a slight discount on a new pair. I thought I was crazy for spending ~$300 on headphones but now that I know them really well I can do 90% of a mix on them.

I was a bit gutted when I first bought them as I didn’t notice all that much improvement over my AKG 240s (which were going for $99 or less at the time). It took a solid year of really listening and learning. FWIW, I don’t believe in “burning in” headphones, I think it is more training your ears to the particular pair.

Sennheiser are a very fine headphone company and more popular for electronic music. I hope you enjoy them! I have a feeling the newer ones aren’t all that much better. Companies just need a reason to up their prices sometimes LOL.

I have a feeling the newer ones aren’t all that much better. Companies just need a reason to up their prices sometimes LOL.

This is my thinking too. The 600/650 have been around so long they can’t be sold at a premium anymore, so new shiny with a higher price tag.

I think these days you just go on Drop.com and get the HD6XX or the HD58X. I think both are under $200, and they’re basically the 600 and 650 replacements as I understand it, made in the same factory using the same parts. I’ve never heard the originals or the new ones, so I wouldn’t know.

As far as newer stuff goes, the HD800 does some pretty crazy stuff as far as shape of the earpiece and the magnet is concerned to (respectively) make the soundstage better and cut down distortion. But based on what I’ve heard of it I wouldn’t use it to mix. Amazingly, that’s almost ten years old now, which makes me wonder what they’re going to do next.

I keep up on headphones, and I can say that all the stuff that has really impressed me lately has been planar-magnetic. I’ve used Hifiman for years and just upgraded to Audeze this year for my main monitoring headphones. But, Sennhieser’s only planar headphones that I’m aware of are their Orpheus, which is more than most people will ever spend on a car (let alone a headphone). I wonder if they won’t do a more “reasonably priced” planar headphone soon. 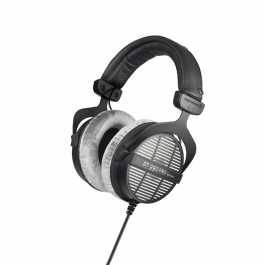 I got a set of these recently, they are quite nice.
They suck for playing guitar tho because I hear the acoustic sound of the guitar through the open back, but for mixing they are nice, and very comfortable.

I’ve heard these are quite nice as well! Good pick : )

Looking at the ones you linked, I stumbled upon these ones: 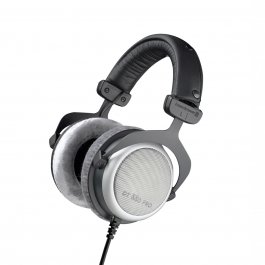 Never heard of “semi-open” before. What does it do?

Late night random guess: its marketing? Imo they are either open or they aren’t.

OK it’s not just me then

I use the DT880 pros. The have less bleed, so it is possible to use them for tracking, wile at the same time having a better sound stage than fully closed. I went with the 880’s as I sometimes sing on tracks, but I do everything in them from recording to mixing. I do use a dynamic mic when I sing, as where I live just isn’t quite enough to use a condenser. There’s nothing worse than nailing a vocal, to listen back and there’s an effin dog barking in the background. Open backs are supposed to be awesome for gaming, as you can here where things are coming from better. No personal experience in that though, as I’m not a gamer. I do remember when I changed from closed back to semi-closed, it was like night and day.

Thanks, good to know!

LOL probably not the only spouse in history to have this happen to them.