So Doom Eternal is on sale for 20€…my system should just about handle it, at least on medium textures. What is our opinion on it? I loved the originals.

So Doom Eternal is on sale for 20€…my system should just about handle it, at least on medium textures. What is our opinion on it? I loved the originals.

I haven’t played Eternal but I have what I think is the one just before that (the one from 2016 simply called “Doom” on the PS4 - I guess it was the “reboot”). As with any Doom, it’s pretty intense & fun. So you know what to expect.

It’s fun, don’t expect the old doom (the enemies and the weapons are the same, pretty much it) but it’s a solid arena-based shooter, huge fun in a teenager kinda way

What’s the word on Demon Souls?

As good as I remembered it and more obscure than I remembered it.
Things to keep in mind, like item burden, equipment burden, world tendency and things like that.
Loving it, making slow progress and enjoying some multiplayer because I have a life and can’t be arsed with getting stuck.

Wow Shadowlands pre-launch event. Its a bit of a giggle.

One little detail I forgot to mention, bonfires are AFTER Boss fights, not before…

I went ahead and bought it…18.70 for a great newish game…not a bad deal. Just waiting for HB to get more keys from Bethesda so I can install it.

I expect to have some 'splody fun soon. 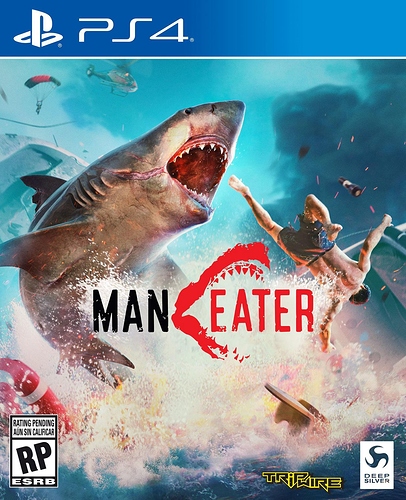 Freaking Bethesda…still no key. Do they like have to print them out and mail them to people? Or have the monkeys who bash on the keyboards to generate the keys gone on strike? SMH

Terrible. Easily the worst expansion I’ve played in all the years the MMO has been running and this from someone who hates Pandaland. Less than 2 weeks after launch I log in, look at the tedium Blizz are charging for as a premium service and just log out.

Every expansion Bliz do some kind of nerf to players and you have to work for stuff again. Usually its some relatively minor stuff and its balanced by some engaging new things. This time round they’ve taken it too far and removed a lot of fun and quality-of-life features from the game just to give the illusion of doing something new but what they’ve given is aimless gear-grinding almost from the get-go. Its like they let the Diablo clowns design it. The logic of their new setting is tenuous, the gameplay tedious and the feeling you’re actualy achieving something other than gear is gone. There’s no hook and almost from the start its a crazy bad grind. Most of the quests feel like the shitty dailies you’re gonna be grinding at cap level without much effort been made into making the stories engaging.

Massive amount of badly written exposition in the first few areas that’s dull and you have to wade through it to move on. I like story stuff but this is some proper dull uninspired writing. Its pretty clear there was a story-goal and the words in between are just to get you there.

Also the worst by far launch in the history of WoW for me. I play on one of the servers that were absolutely fucked at launch and unplayable for quite some days. Then when they stablised it the queues were up to 2.5 hours long to get in. That’s a shit service in anyone’s book. The irony is that the stuff I was doing elsewhere while queing turned out to be more interesting than what I did after I got in to game.

Oh nearly forgot. Everything is gated. Every. Fucking. Thing. There’s always been some, but now its particularly severe if you’re someone who gets into a game for a while and likes to rince the shit out of it until you feel its time to move on.

I’m on the final quarter of Demon’s Soul, I forgot how frustrating is the Valley Of Defilement…

I’m super happy with it

I might pick it up at some point. Is it buggy?

It certainly is! - but nothing game breaking.

It’s about as buggy as FoNV.

I’d implore anyone who wants to play it, to play it now. It’s in a very much a playable state.

I’m waiting until I can get an RTX 3080 to play it on my PC. Not that I would be completely unable to run it, but last time I upgraded was to be able to play the Witcher 3 like four years ago, and that was worth the experience, so I want to give Cyberpunk the same treatment.

I have all the other parts sitting in my bedroom (well, new CPU arrives Tuesday). So it really is just the GPU shortage holding me up right now. I mean, I COULD pay scalper prices if I wanted to, but I don’t want it that badly. I’d rather keep that money for games and importing city pop CDs from Japan.