Playing Master of Orion with a good friend of mine. Happy days.

Not sure if I mentioned it yet, but for those of you who like to draw or paint, there’s this ‘game’ for the Wii U called Art Academy (and a few versions on the 3DS) which kicks major ass. It doesn’t provide much feedback, but it’s pretty obvious when you fuck up if you have eyes

I’ve been having a blast with these. I need to do moar. 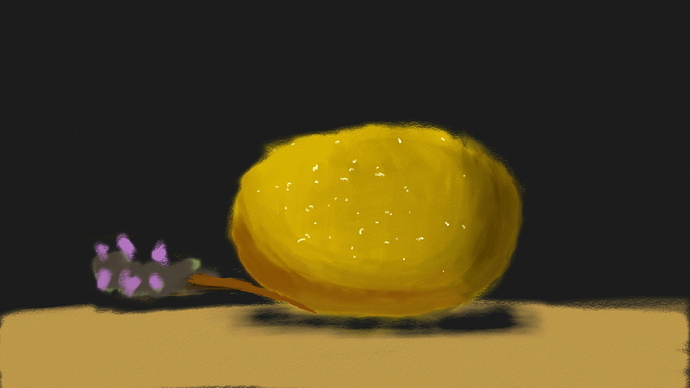 I got it to spit out one of my shitty creations. nice.

Lol at Bethesda. Fallout 1st continuing their attempts to milk the franchise and delivering a fucked up experience for those who subscribe. The reviews I’ve seen are pretty dismal. I guess because I’ve no intention of paying this is a second-hand opinion but if they’d delivered a proper MMO style experience I’d have been tempted to look into it further. But… nope.

Meanwhile, MoO Conquer The Stars. After playing with a friend the other night I’d forgotten that its pretty good fun, even if not brilliant. There’s been some game mechanic changes since I last played. Nothing too startling just a few minor bits. Been back on this for chilled-out 4X fun.

Fallout 1st continuing their attempts to milk the franchise and delivering a fucked up experience for those who subscribe.

Dude, that’s not the half of it, they started legit class warfare in the game with that. Because you get a special icon on you that lets everybody know you paid extra, there is a group of the plebs who band together and just murder you for it. And, in response, there’s a group of the firsters who murder them. All of this is in-game. For now.

Today I downloaded Ion Fury for PS4. It uses the build engine from FPS games like Duke Nukem 3D, Blood and Shadow Warrior. Only since it’s a modern game the engine has been polished in a way it never could have in the 90’s. I’d been looking forward to it for a couple months since I became aware of it.

I’m already having more fun with it than Doom Eternal. I was pretty excited for DE the first few days I had it, but after 8-10 hours of it I was losing my patience with the game’s difficulty and learning curve. Also I think at best it’s 50% old school FPS, 50% modern FPS. Then I got to one point in a level where the game had a game-breaking glitch where I couldn’t continue. I tried re-loading and the glitch was still there. I probably could have restarted the entire level to try again but I had had it with the game by then and stopped playing it.

Ion Fury on the other hand actually plays 100% like an old-school FPS game without the modern FPS influence on it. No story being spoon-fed to you, no pressing L3 or some other button to sprint, no 5 hour campaign because they expect you to play multiplayer the majority of the time. Plenty of cheesy movie references, a tough-but-fair difficulty/learning curve, a ridiculous amount of secrets, it’s very colorful, and the graphics are blocky in a nostalgic way.

I could be wrong about the game as a whole, I mean I’m only about 3-4 hours in, but so far it’s great.
I know it seems like I’m trash-talking Doom Eternal here, but I will say I’m not going to sell the game and may give it another try one day. When I’ve got dozens of hours of free time to (sigh) “Git Gud”
If you love Doom Eternal that’s great and all, and I’m glad you can get some enjoyment out of it but it’s not for me.

Oh man, this often happens when I watch someone else playing an FPS and I’m not in control, but that was nauseating. With that said, I’m more of a Serious Sam man myself. I like that it has splitscreen that works (great for me and my brother) and I don’t think I’ve ever gotten lost or had to figure out where to go in a Serious Sam. You just shoot stuff and dodge what you can’t shoot. It might be up your alley, though IDK if you can get any of them on Playstation or not.